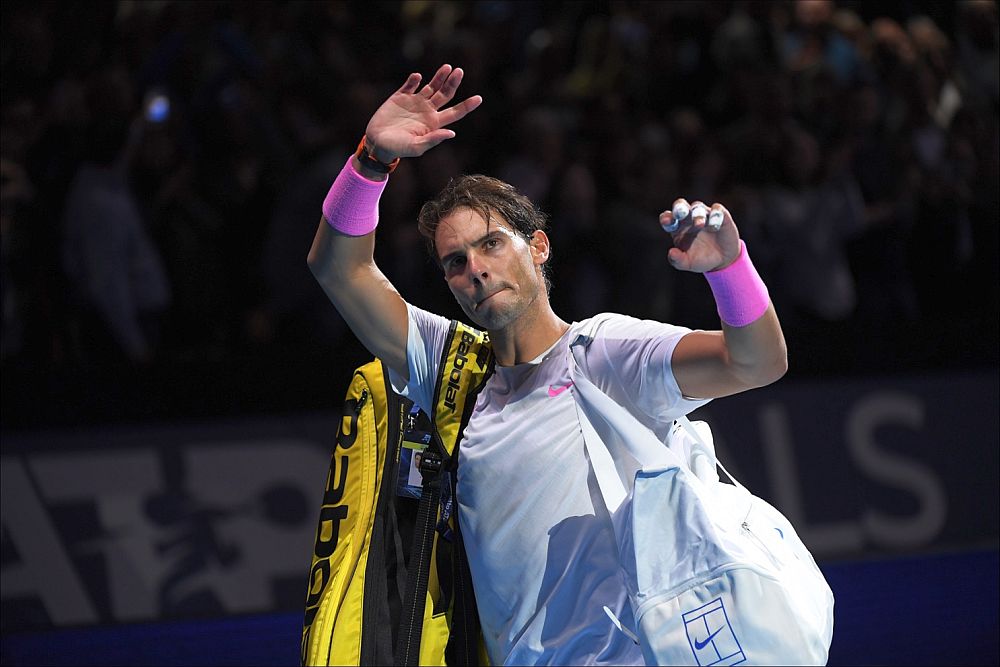 At the age of 33 Rafael Nadal is approaching the later stages of his illustrious career. However, his former coach doesn’t think he will be retiring from the sport any time soon.

Toni Nadal, who is also the uncle of the world No.1, has backed the Spaniard to continue playing on the tour for the foreseeable future. Nadal is currently playing in Madrid at the Davis Cup to cap off what has been a largely successful season for him. In 2019 he has won four ATP titles, including grand slam titles at the French Open and the US Open. Overall, he has won 53 out of 60 matches played to become the oldest year-end No.1 in the Open Era.

Amid his success, Nadal has also been hampered with injury issues. A familiar trend in his career. The most recent of which was an abdominal problem that forced him out on the Paris Masters. It is those physical setbacks which have raised questions over how much longer he will continue playing. However, Toni has played down any concerns.

“I have heard many experts say that their career would be short. The reality is that it has been on the circuit since 2003 and since 2005 at the best level. Fifteen years in the elite.” The 58-year-old told as.com.
“I think he has room to play a few more years. It will depend on your tennis and how others evolve. If there are young people who make it too difficult every week you can let go. But I think it won’t happen.”

In this week’s ATP rankings, there are 10 players older than Nadal inside the top 100. Headed by 40-year-old Ivo Karlovic.

With 19 grand slam titles to his name, Nadal is closing in on breaking Roger Federer’s all-time record of 20. He is five years younger than the Swiss Maestro. Meanwhile, fellow rival Novak Djokovic is currently sitting on 16 major trophies. Logically, it seems inevitable that the Spaniard will break the record, however uncle Toni believes from 2020 more players still start challenging for the big titles.

“Today, he is a favourite in Roland Garros. In Australia, Wimbledon and the US Open he is among the top candidates.” He said.
“You will have options… Like Tsitsipas, Medvedev and Zverev take another step. I think there is going to be a change now because Tsitsipas and Thiem showed a very important level in the Masters (ATP Finals) and things are getting even.”

Nadal will be hoping to end his season on a high on Sunday when he leads Spain in their Davis Cup clash with Canada. He has maintained a perfect record so far in the revamped competition this week by winning seven out of seven matches played. Four of which were in the singles.

The Davis Cup final will take place on Sunday afternoon.