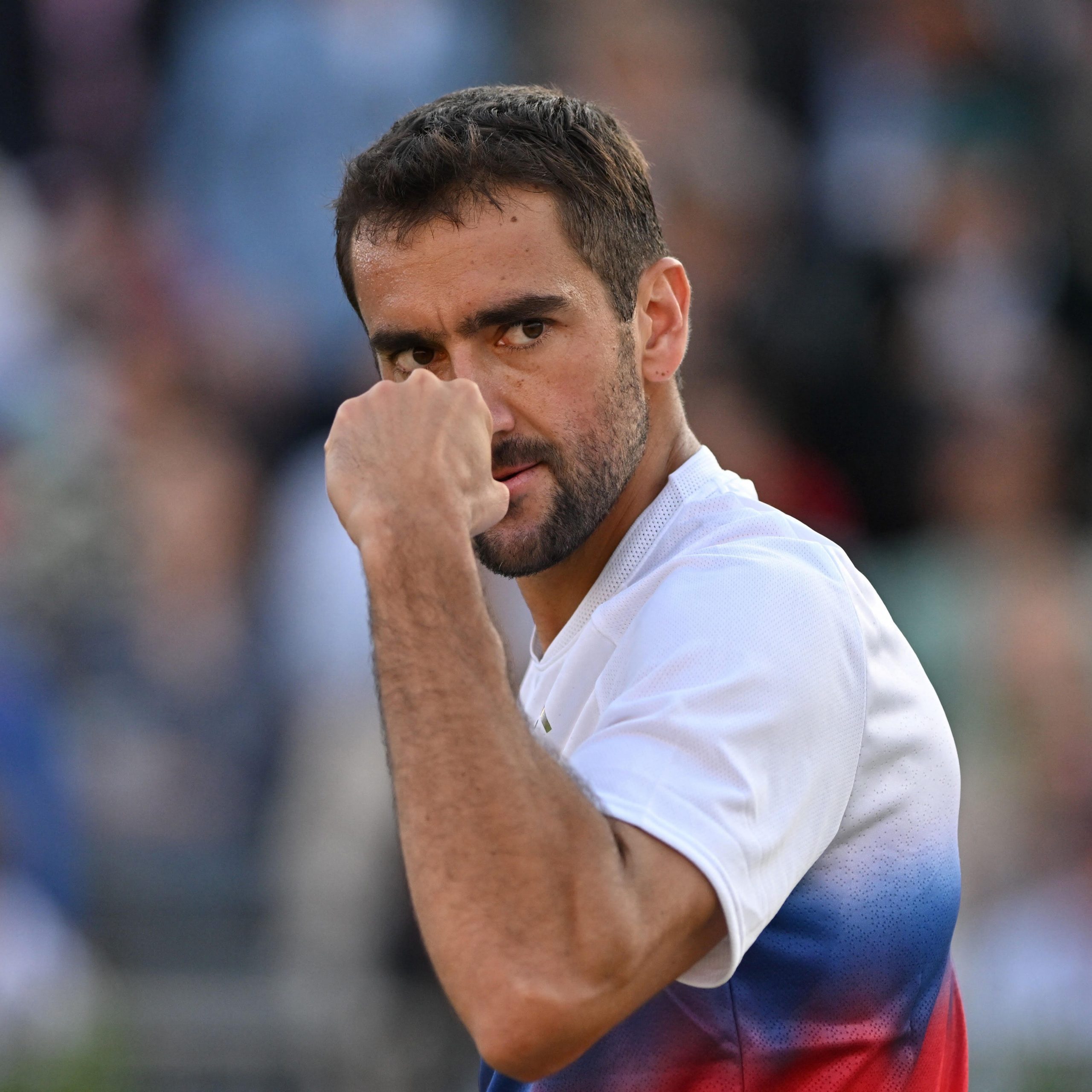 The Italian won at a canter against American Tommy Paul 6-4, 6-2 in straight sets.

The first set saw Berrettini start nervously as he went 3-0 down.

But last year’s Wimbledon finalist fought back to recover the break of serve and from 4-1 down, won five straight games to storm to the opening set.

The second set was much easier for Berrettini, in spite of some windy conditions.

Two breaks in the third and seventh games proved enough for Berrettini to win his seventh consecutive match, after winning the title in Stuttgart.

The first set went on serve as Cilic dominated the tie-breaker to move ahead in the match.

Everything was looking good for the Croatian as he raced into a 5-1 lead as he seized two breaks of serve.

But an uncharacteristic loss of rhythm on his own serve resulted in four double faults in two games.

Ruusuvuori came back to narrow the gap to 5-4.

However, Cilic made no mistake in serving for the match gobbling up his second match point to seal his sixth appearance in the semi-finals at Queen’s.

His 80th win on grass showcasing a highly successful career.

However, there was to be no fairytale British triumph at Queen’s for Briton Ryan Peniston.

The world number 180 made the perfect start, winning the opening set against Filip Krajinović 6-4.

But the Croatian fought back to take the second 6-3.

In the final set, cheered on by the home crowd, it looked like Peniston was going to mount a comeback after breaking back for three games all.

But the 26-year-old surrendered the break and Krajinović went on to seal a 4-6, 6-3, 6-3 triumph and a first semi-final appearance on grass.

The Serb will play Cilic for a place in the final.

He will face Berrettini tomorrow.

It was disappointing for the fans to see Peniston bow out.

However, the Brit can be extremely proud of his run this week at Queen’s, including a huge top ten win.

Meanwhile, tennis fans at Queen’s will be licking their lips at the prospect of a Berrettini – Cilic final.

A battle between the defending champion and a two-time champion. Both grass court specialists.

Assuming they both win their semi-finals tomorrow, that promises to be a blockbuster final on Sunday should it happen.