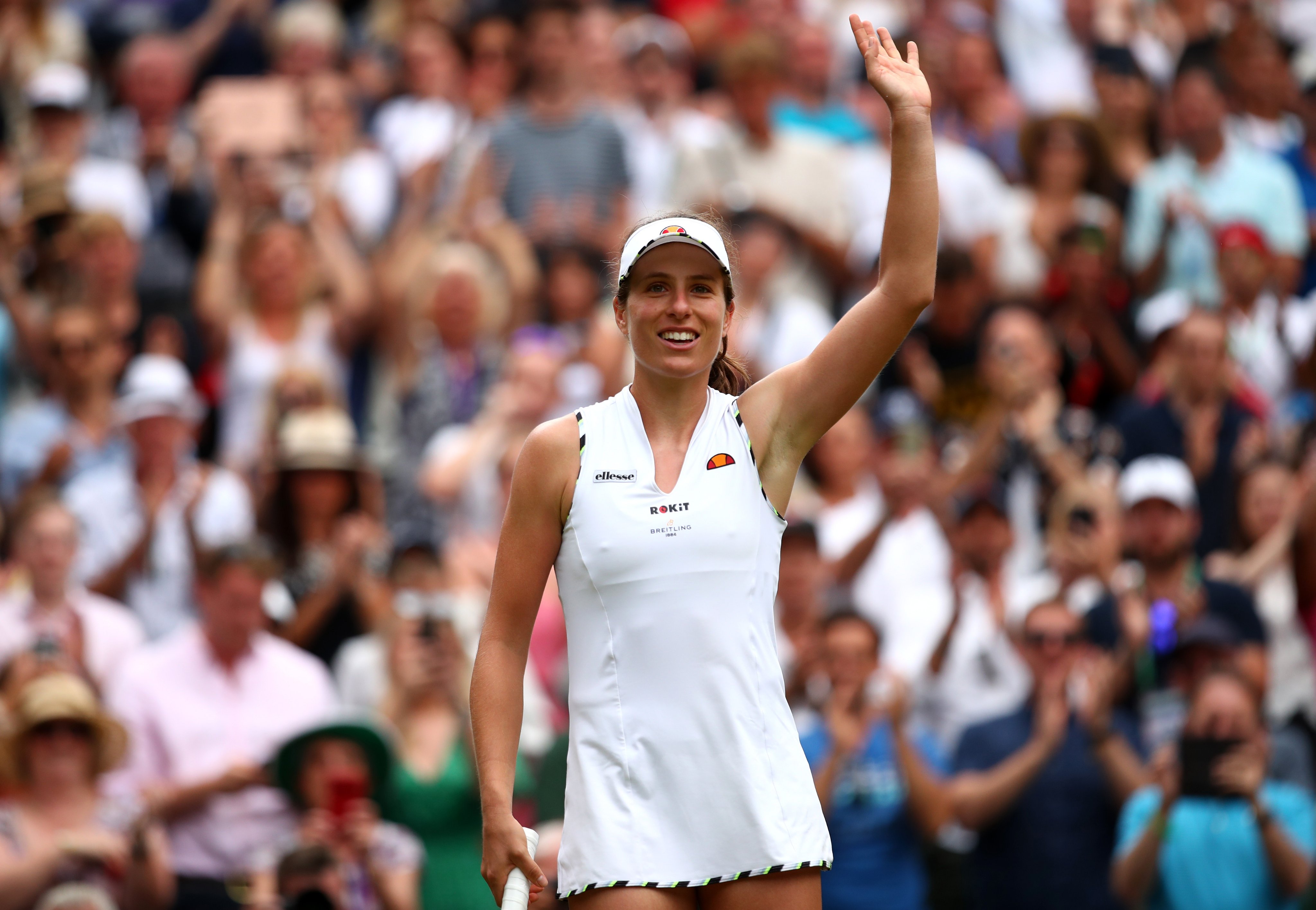 Johanna Konta and Karolina Pliskova survived early scares to reach the second round at the US Open.

The Brit and 16th seed had to battle past Daria Kasatkina in three sets in what was an important match for both former top 10 players.

As for Pliskova, she recovered to beat Tereza Martincova 7-6(6) 7-6(3) despite being broken on six occasions during the match.

However 27th seed Caroline Garcia wasn’t so lucky as she crashed out in straight sets to Ons Jabeur.

At the start of the match, it looked like it was going to be an easy day at the office as Konta’s power punched holes through the Russian’s defence.

A flurry of double faults and tactical errors saw Kasatkina struggle in what has been a difficult 2019 season for the now world number 42.

Confidence was the name of the game for the Brit at the start of the match as a third break of serve sealed a comfortable opening set 6-1 in 25 minutes.

Although there was clean hitting in the first set from the 16th seed, Kasatkina knew that this level couldn’t be sustained throughout the whole match and that was true.

The 22 year-old managed to force some unforced errors out of Konta in the second set and earned her first break of the match in the fifth game with some solid hitting from the back of the court.

A couple of nasty overrules didn’t lighten up Konta’s dark mood in the second set as she eventually succumbed to the Russian in set two.

Both players shared breaks at the start of the decider as Kasatkina looked to be reenergised after levelling the nervy contest.

However it was a touch if composure that managed to get the Brit zoned-in another break all but secured the match as the unforced errors were reduced.

Where the former grand slam semi-finalist gained calmness, Kasatkina had lost it in a tactical sense as two double faults sealed defeat in over two hours.

After the pleasing win, Konta was happy to get back to winning ways, “I’d lost my last two matches to her and expected a long tough match,” she said in her on-court interview.

Konta wasn’t the only seed to struggle as world number three Karolina Pliskova was broken six times in her 7-6(6) 7-6(3) win over Tereza Martincova.

The former US Open finalist was far from convincing as she managed to scrape her way past her compatriot to reach the second round.