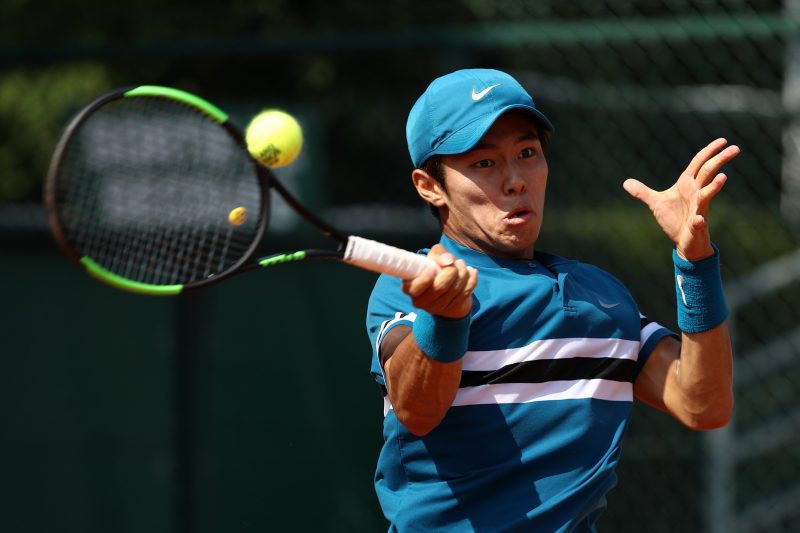 Many players on the tennis tour have grown up facing their own personal struggles. However, Duckhee Lee’s journey is one unique to most others.

The 21-year-old South Korean was diagnosed as deaf at the age of two and was subsequently bullied for having a disability. Tennis is a sport that relies heavily on sound with umpires calling points and the crowd cheering around the court. However, Lee has never experienced that and never will. Instead, he relies on lip-reading, but only in Korean and he doesn’t know how to use sign language.

“It is hard because I can’t hear what the score is,” he told journalnow.com earlier this week. “Sometimes that has been a problem. Occasionally I will forget the score. I just accept the fact that I can’t hear and try to do my best. I try to focus on the match and concentrate the best that I can.”

Despite the adversity, Lee achieved the most significant win of his young career on Monday at the Winston-Salem Open. An ATP 250 event that serves as the final men’s tennis event before the start of the US Open. In the first round, he disposed of Switzerland’s Henri Laaksonen 7-6 (4), 6-1. Not only did that victory gift Lee his first ever ATP main draw win, he became the first deaf player to do so.

“People made fun of me for my disability. They told me I shouldn’t be playing,” he told atptour.com. “It was definitely difficult, but my friends and family helped me get through. I wanted to show everyone that I could do this.
“My message for people who are hearing impaired is to not be discouraged. If you try hard, you can do anything.”

Lee has been on the radar for some time. As a junior, he achieved a ranking best of third in the world. Defeating players such as Jaume Munar, Courentin Moutet and Herbert Hurkacz. On the professional tour, he has claimed 11 Futures title, but is yet to triumph at the higher level tournaments. Reaching the final of the Little Rock Challenger in June.

The latest achievement by the South Korean hasn’t gone unnoticed by his rivals. Including former world No.1 and three-time grand slam champion Andy Murray.

“If I was to play with headphones on, it’s unbelievably difficult to pick up the speed of the ball, the spin that’s coming off the racquet… We use our ears a lot to pick things up,” Murray told reporters. “It’s obviously a huge disadvantage, so to be able to do what he’s doing is a huge effort.”

With his first ATP win under his belt, Lee will be hoping to add to his collection when he faces Hurkacz in the next round, who is seeded third in the tournament. They have played each other three times on the Challenger tour with the Polish player winning their two most recent meetings. Regardless of what happens in the upcoming clash, Lee hopes his story will have an impact.

“My message for people who are hearing impaired is to not be discouraged,” He said. “If you try hard, you can do anything.”

"I realized I was deaf when I was six years old."

Related Topics:Duckhee Lee
Up Next