Chance To Reclaim No.1 Ranking Irrelevant To Ash Barty In Cincinnati - UBITENNIS 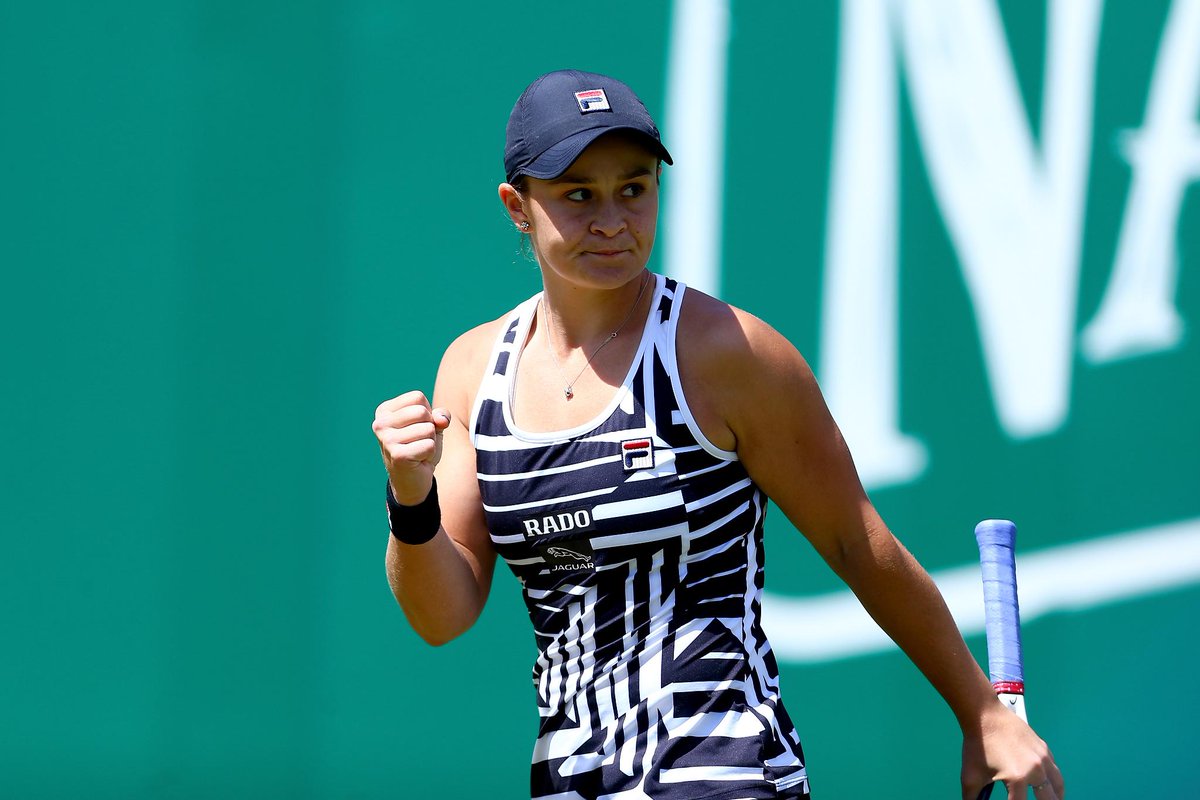 French Open champion Ash Barty has insisted that her focus is not on returning back to the top of the world rankings despite experiencing her best ever run at the Western and Southern Open.

The Australian No.1 has moved into the semi-finals of the Cincinnati event for the first time in her career on her third attempt. She sealed a spot in the last four after seeing off Greece’s Maria Sakkari 5-7, 6-2, 6-0, during what was a roller coaster encounter. Barty held a 5-2 lead in the opener, before dropping the first set. However, she regained her momentum to dismantle Sakarri by winning 12 out of the last 14 games played. Striking 29 winners and blasting 12 aces on route to the finish line.

“I think then for me it was going back to basics and then just kind of working on depth first and foremost to try and shift court position a little bit more.” Barty commented about her comeback.
“Then I think I changed some of my tactics back to what was working in the first place.’
“I’m pretty pleased with today.”

The 23-year-old is currently engaged in a two-way race to end the tournament as world No.1 along with Naomi Osaka. Barty held the position for seven weeks before losing it to Osaka on Monday.

Whilst No.1 is a dream for many players, in Barty’s case it is not the ultimate goal. With the US Open swiftly approaching her focus is to be match fit rather than where she is ranked.

“I’m in the semis for the first time here,” she said. “I’m not thinking of the ranking at all.
“I’m playing one match at a time. If I can win matches, the ranking will take care of itself.
“I’ve had an amazing three years with my team and an amazing season. I’m excited to be in new territory here in Cincinnati.”

Gaining in momentum on the North American hard courts, the question is how close is Barty to her top level? The run this week is a stark contrast to the Rogers Cup, where she lost in the first round to Sofia Kenin. However, she does have a record of hitting full throttle in time for the major. Barty in the only player in the current top 10 to have reached the fourth round or better at the four most recent grand slam tournaments.

“I’m Still not quite there, but we’re getting better and better each match.” The world No.2 assessed. “I think that’s the beauty of being able to stay alive in the tournament is to give myself an opportunity to keep getting better.’
“I think I’m still aiming to obviously do very well here, but the big picture is New York in 10 days’ time. Hopefully I’ll be ready to go for that.”

The next test for Barty will be Svetlana Kuznetsova in the semi-finals. The Russian knocked out Karolina Pliskova 3-6, 7-6(2), 6-3. Victory would elevate Barty into a WTA final for the fifth time this year and the 11th in her career overall.