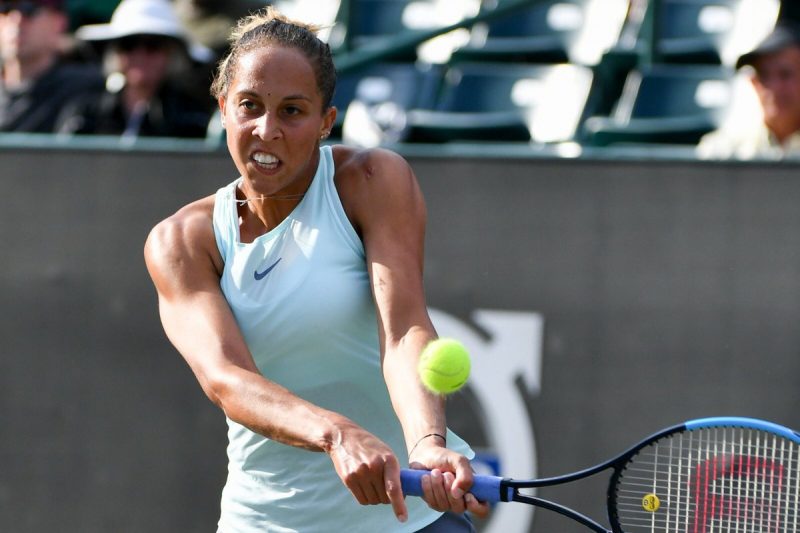 Entering into this week’s Western and Southern Open a single win would have been a much needed boost for Madison Keys ahead of the final grand slam of the season.

Keys, a former grand slam finalist herself, has been unable to shine on the women’s tour since reaching the quarter-finals of the French Open. In her past three tournaments, she has won one out of four matches played. To make it worse, two out of those three losses were to player’s ranked outside the top 100.

Fortunately for Keys her lull on the tour has ended this week in Cincinnati. An event where she made her debut back in 2012 at the age of 17. In the first round she saw off former world No.1 Garbine Muguruza in three sets before brushing aside Daria Kasatkina. However, her most impressive victory took place on Thursday. Taking on Wimbledon champion Simona Halep, Keys held her nerve to prevail 6-1, 3-6, 7-5, after just over two hours of play. Her first win over a top five player since Angelique Kerber at the same tournament 12 months ago.

“She’s been No. 1 for a reason, won Grand Slams for a reason. I knew that she wasn’t just going to, you know, ever give up or give in. I knew the entire time I had to fully win the match before, you know, I could actually take a deep breath.” Keys said following her latest win.
“I think I just kind of trusted myself a little bit, and I didn’t really hold back on any of my shots. I think I made a couple of bad misses, but at the same time I think I did a lot of really good things.”

The triumphs come as Keys and her rivals tune up their game ahead of the US Open. Where the 24-year-old will be defending a wealth of points after reaching the semi-finals there last year. Flushing Meadows is a place of fond memories for former finalist Keys and statistically her most successful grand slam. Winning 19 out of 26 matches played in New York so far in her career.

“It feels a little bit better, a little less stressed. Ask me again in a week and I will be just as stressed.” She commented about her preparation for the upcoming major.
“In order to find that level right before a slam, obviously feels good, but especially after having some tough weeks, being able to kind of put it all together makes me feel a little bit better going into the US Open.”

Growing in confidence once again, Keys takes on tour veteran Venus Williams next. Their head-to-head is currently tied at 2-2, however, they haven’t played each other since 2016. A win would move the American into her first tour semi-final since April when she won the Volvo Open in Charleston.

“But again, she’s obviously playing some really good tennis in order to beat Kiki and then Vekic and all that. I’m going to have to see what she’s been doing well.” Keys previewed about her clash with Williams.

The quarter-final clash between the two will take place on Friday evening not before 19:00 local time. Keys is one of four seeded players remaining in the draw.

Chance To Reclaim No.1 Ranking Irrelevant To Ash Barty In Cincinnati