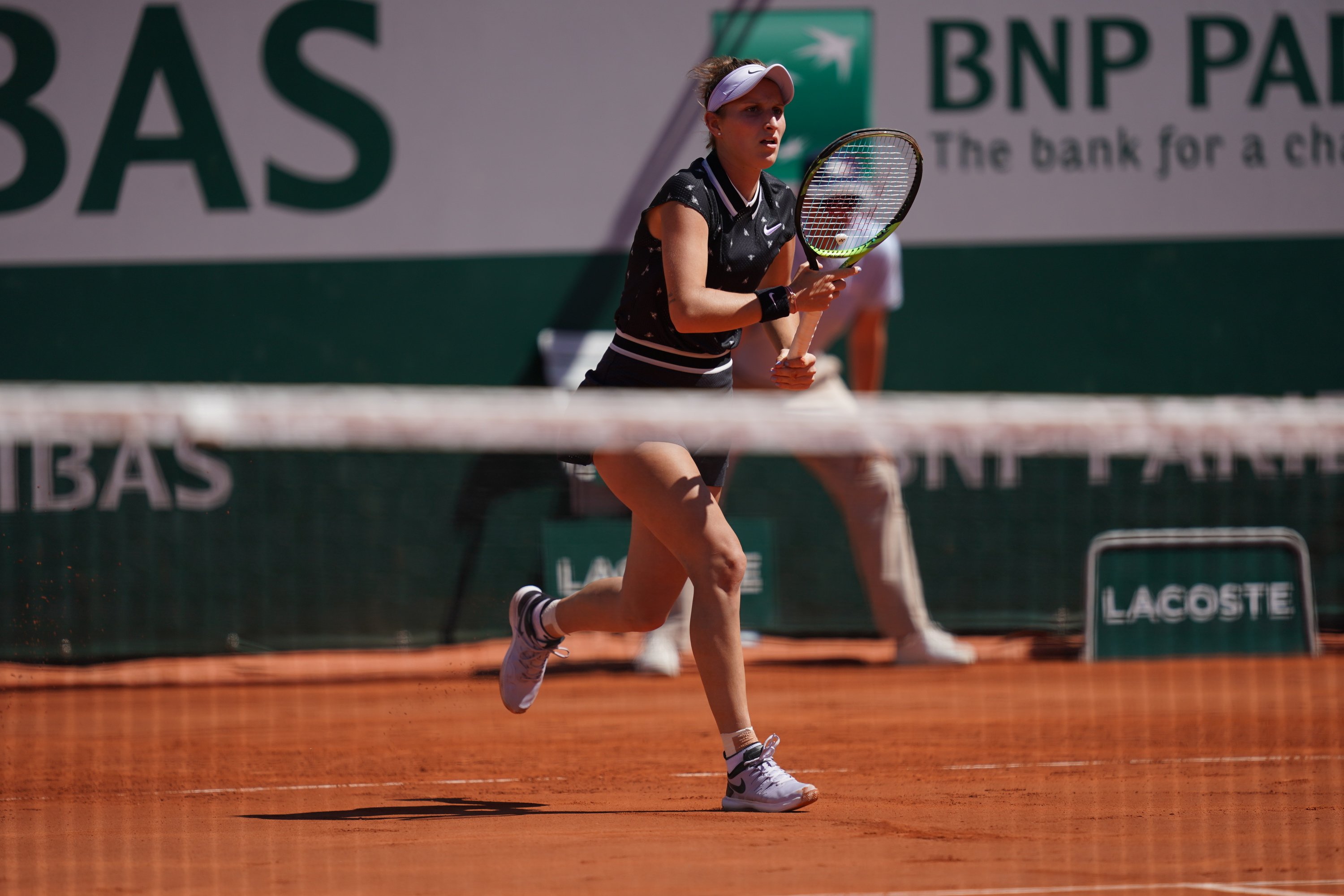 Marketa Vondrousova has looked impressive so far to reach her first grand slam semi-final but can she control her nerves to make more history?

Not many people would have predicted the 19 year-old to make the last four of this year’s Roland Garros but after five impressive wins, she now is two victories away from her first grand slam title.

After beating Yafan Wang in the opening round, Vondrousova has gone from strength-to-strength as she has beaten the likes of Carla Suarez Navarro, Anastasija Sevastova and the in-form Petra Martic to reach the last four.

However it was that match against Martic in her Quarter-Final that we started to see the first sign of nerve as she failed to serve out the win at 5-3 in the second set before winning it 7-5.

Although she may have won the match, a similar mistake in her Semi-Final against the more experienced Johanna Konta cannot be made again as she may not be so lucky.

In her press conference after the match against Martic, the player from the Czech Republic dismissed the fact that experience might be a factor, “In semi-finals I think anything can happen. I think it’s going to be very tough and great match, and I just can’t wait to play.”

There is no doubting that confidence is high with the world number 38 but the fear could be that this new occasion could get to her against an opponent that is in her third grand slam semi-final.

The reward for both players though is new territory as neither Vondrousova or Konta have reached a grand slam final and so the stakes are high.

Their head-to-head is currently at 1-1, with the Brit winning a few weeks ago in Rome and Vondrousova admits she needs to do things differently in order to win, “I played with her twice. I won one time and I lost in Rome, like, three weeks ago,” Vondrousova admitted.

“So, I mean, she has great form and it’s going to be tough match, but we’ll see. But I’ll prepare for it, and I hope I can play great match.”

A game with such variety and unpredictability could trouble Konta as Vondrousova will look to keep her nerve and keep on making history in Paris.

Should Vondrousova win her semi-final and win the title on Saturday, it could be recalled as a similar run to Jelena Ostapenko, a tournament which inspired the Czech, “Yeah, she (Ostapenko) did amazing thing.  She was the same age as me,” Vondrousova said.

That dream could come true with two more wins but for now the teenager will be taking one point at a time as she looks to control her nerves.

Related Topics:Marketa Vondrousova
Up Next

Gabriela Sabatini Hits Back At Critics Of Women’s Tennis