Gabriela Sabatini Hits Back At Critics Of Women’s Tennis - UBITENNIS 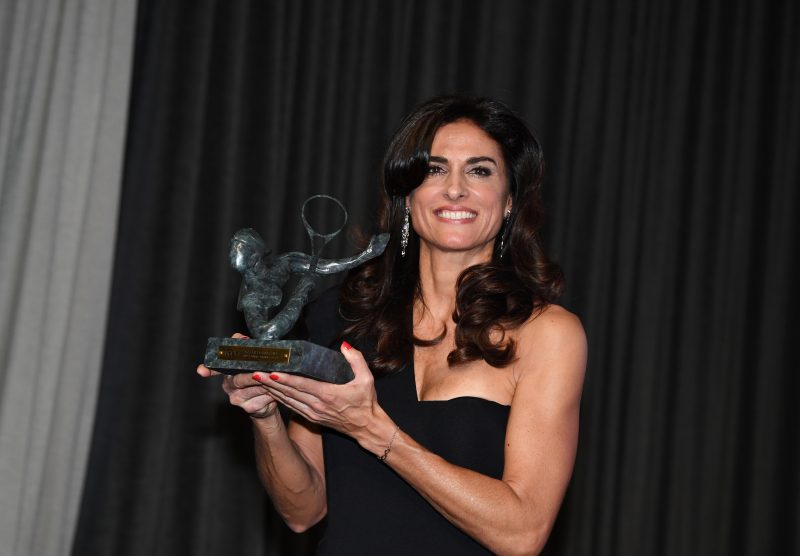 Former US Open champion Gabriela Sabatini believes there are more positives than negatives when it comes to players lacking consistency on the women’s tour.

Sabatini, who is a former world No.3, was questioned about the current state of the WTA Tour by media at the French Open. In this year’s tournament, only four top 20 players have managed to make to the quarter-finals. The highest ranked of which is defending champion Simona Halep. Halep is bidding to become the first player since Justine Henin (2005-2007) to win consecutive titles in the Paris capital.

“I don’t see it that way. I think you see a lot of — you know, the level of tennis on women’s is very good these days.” Said Sabatini. “I see so many new athletes coming out. Physically, they are much stronger. And I see some of them that I really like the way they play, and their charisma.”

So far in 2019, there has been 22 different winners on the WTA Tour. Out of that group, only four players have managed to win multiple titles. Kiki Bertens, Karolina Pliskova, Petra Kvitova and Dayana Yastremska each have two trophies. It is a similar trend on the men’s tour too with 23 different winners and five of those winning multiple titles. There is yet to be as a player – man or woman – to win three titles in 2019.

Whilst there are similarities between the two tours, inconsistency is still more commonly associated with the women. Partly due to the dominance of the ‘Big Four’ in the men’s game. Nevertheless, Sabatini believes it is a good situation to be in.

“That could also be positive, that you don’t have the same players winning all the time.” She said.
“I see a lot of new players that I don’t know and that I haven’t seen before and that I’m surprised the way they play, which is, I think is good to have more competition.’
“You still see Halep being up there. Some of them, okay, they did well in one year and another year not so much. They come and go.”

One player who has caught the eye of the Argentinian is Ash Barty. The Australian is currently experiencing her best ever run at the French Open. Dropping one set in four matches played. She will play Madison Keys in the last eight on Wednesday.

“I saw her in Miami. I really like the way she plays. Her slice, backhand slice, I like very much. I think she’s a very strategic player.” She said of Barty.
“That’s the one (player) that I like the most these days as far as her game.”

On Tuesday Sabatini was presented with the Philippe Chatrier Award. Named after the former president of the International Tennis Federation, the honour recognizes individuals or organisations who have made a significant contribution to tennis. Both on and off the court. Stefan Edberg, Martina Navratilova, John McEnroe, Margaret Court and Gustavo Kuerten have all previously received the award.

“The ITF Board of Directors are delighted to award the ITF’s highest accolade to Gabriela, a great champion and inspirational role model who has given so much to the sport through her contributions to many organizations for the benefit of young people and aspiring tennis players around the world,” ITF President David Haggerty said in a press release.

Sabatini won 27 singles and 14 doubles titles during her career. She retired from the sport in 1996.

Related Topics:Gabriela Sabatini
Up Next

VIDEO: Another French Open Meeting Between Federer and Nadal