Justin Gimelstob Resigns From ATP Board But Refuses To Apologise - UBITENNIS 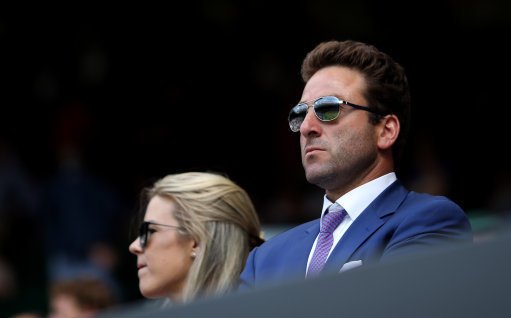 Justin Gimelstob has resigned from the ATP Board folowing felony assault charges but refused to apologise in his statement.

The resignation comes after high-profile stars such as Andy Murray and Stan Wawrinka called for him to be ousted out by the players council.

Players need to speak out. Justin Gimelstob has been convicted of a violent assault. It simply can not be possible for anyone to condone this type of behaviour and worse support it. In any other business or sport we would not be discussing this.

A decision was set to be made on Gimelstob in Rome in a couple of weeks but the American has ended the talk and decided to resign.

It has come as the American was sentenced to three years probation and 60 hours of community service after assaulting capitalist Randall Kaplan last October.

As well as the assault he caused Randall’s wife, Madison, to miscarry their third child something that caused great emotional trauma on their family.

“I am resigning effective immediately from the ATP Board of Directors,” Gimelstob stated.

“It has been an honor and a privilege to hold this position for the past 11 years. My job was to best represent the players, the ATP, and be a custodian of the sport. My choices and actions last Halloween night prohibit me from doing that at this time. My role is designed to work on behalf of the players and the sport and it is clear that I have now become a significant burden and distraction to both. That is not something that could or should continue. I’m heartbroken to walk away from something I love so much, but given the current climate I do not deserve to be in this position of influence.

“For the better part of my life, tennis has been much more than my occupation, it has been my passion. I love the sport. It has given me so much personally and professionally, for which I am very grateful. Along the way I have had some successes and failures, and undoubtedly have made my share of mistakes. I sincerely hope that I can and will be judged by my complete body of work throughout my career on and off the court; my passion, my energy, and my tireless work on behalf of my constituents and the game.

“Giving up or conceding is not in my DNA, but it has become clear that I need to take a step back – for the good of the players, the game and for myself. Solely for that reason, I now more than ever appreciate that people in elected positions of influence must be held to the highest standard of conduct. I breached that standard on a night last October. I have always taken responsibility for my role in the events that evening and will continue to do so. While I can, have, and will continue to dispute the way that evening has been depicted, the material matter is that my judgment that evening compromised the sport and the people that entrusted me with the authority to represent them. I am deeply saddened and remorseful that my actions have caused the sport, players, my colleagues, friends and family such a distraction. Actions have consequences and me stepping away from a role I cherished is one of them that I accept.

“It has been an honor to represent the players, who I believe are the greatest athletes in the world. Thank you to the current Player Council and all the Player Council members throughout my 11 years as an ATP Board Member that have selflessly given their time to improve the sport. I want to thank all of my fellow Board Members – it has been a pleasure working with you all. I want to thank our incredible ATP staff and team, the ATP Tournaments and the entire tennis family for letting me be part of your inner circle.

“I also want to acknowledge and thank my critics. I appreciate that in choosing this profession; whether on the court, in the television booth, or in the boardroom, critique and scrutiny come with the platform you are given. I respect your profession, your opinions, and appreciate your desire to hold everyone accountable to a standard that matches the access and opportunity we are given as stewards of the sport.

“I hope that I have the opportunity in the future to contribute to the sport that I love and believe I can be an asset to once again. However I also appreciate that opportunity needs to be earned. I am committed to working on myself, dealing with the challenges in my personal life, and better equipping myself with the tools to handle the pain of losing my father and the ongoing litigation for equal custody of the most important thing in my life, my son.

“Last night while processing all of this I fortunately was able to spend some time with someone I respect greatly. He comforted me with the belief that from periods of pain and suffering arise a great opportunity for personal growth. We reflected on “failure” and how failure is not something to fear but rather to embrace and from which to learn. Specifically the theory of “falling forward.” I sincerely hope to be able to do exactly that, learn from my mistakes and become the best version of myself, not just for me but more importantly for my son. Sincerely, Justin Gimelstob.”

Although it is very honourable for Gimelstob to resign and realise he has a lot of personal re-evaluation to do, for some people its just not enough.

Especially for the Kaplan family as in his statement he didn’t use this opportunity to apologise to the people he has physically and emotionally traumatised.

In-fact he didn’t even apologise to Tennis, the sport he has damaged throughout this entire process. It was your typical boring statement.

Not only did he ignore the scenario but he even stated that he wishes to have more opportunities in the future, which shows pure arrogance.

Acknowledging your critics isn’t good enough, being able to take responsibility means saying sorry and realising how much damage you have caused.

All this statement did was appreciate how lucky he is to be criticised and thankful for the opportunity to re-evaluate his life. That is the sound of someone who doesn’t care about other people or the damage something can have because of your actions.

It will be interesting to hear what Novak Djokovic has to say in Madrid as he is the President of the players council and should be the one speaking out against Gimelstob’s actions.

Considering most of the other players council are not present in Madrid, it is important the Serb presents clarity in this dire situation for the ATP.

As for the American’s ATP Board seat that will be decided in the next few weeks with many candidates ready to step forward to replace the disgraced American.

Related Topics:Justin Gimelstob
Up Next