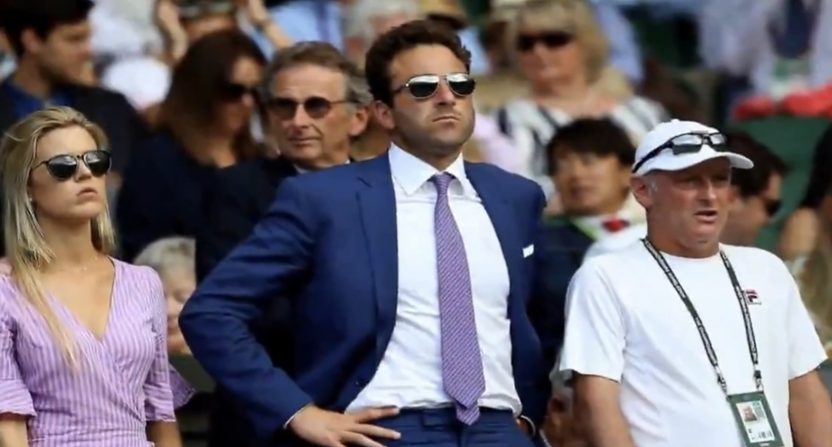 WIMBLEDON: Two key members of the ATP Players Council have said Justin Gimelstob needs to be given a chance to clear his name if he wants to return to the governing body of men’s tennis.

Novak Djokovic and Kevin Anderson, who serves as president and vice-president, have seemingly given a platform for the former player to redeem himself in the sport. Gimelstob served as the player representative for the Americas region on the ATP Board before resigning from his post earlier this year. The 42-year-old was involved in a high-profile assault case where he allegedly hit a former friend multiple times in front of their wife and daughter. He was slammed with a 60-day community service and a three-year probation.

“I mentioned before, I have a really good relationship with Justin. I think he is away from our sport at the moment for a reason. I think he needs to take time to deal with this serious matter.” Said Djokovic.
“We as sport, players, cannot have this kind of disturbance, so to say, in our sport or in our structure. He understands that.”

The world No.1 has previously paid tribute to the former world No.18 doubles player during an interview with Serbia’s Sport Klub. Describing Gimelstob as ‘a thorn in the side for many people because he is open and honest, he knows what has been happening behind the scenes, the dirty political games.’ However, the prospect of a return to politics by the American will be controversial.

In his case, Gimelstob pleaded ‘no contest’ to assault. Under California law, this means that he has pleaded neither guilty or not guilty in order to receive a lesser misdemeanor charge instead of a felony. Basically, he has conceded the charge without actually saying so.

“I’ve spoken to Justin. He has explained to me that he still is going through the process, the legal process. He’s not done yet on the court. Obviously, I know only his side of the story.” Djokovic explained.
“If he in the end of this whole process is proven guilty, I mean, obviously there is no support from my side for him to be part of the sport.”

Anderson has also expressed a similar view to that of his fellow rival on the court. Arguing that Gimelstob should have the right to defend himself. Vowing to look at the facts and nothing else.

“I think we will have to see how time plays out. I think we’ll have to see what the situation is, if he does want to come back further down the road, but up until then, I prefer not to speculate.” Anderson said following his second round win at Wimbledon.
“I’d rather look at the facts closer to the time and take it from there.”

The most crucial aspect of the debate is the plea. Both Djokovic and Anderson admit that they don’t fully understand what no contest means and the implications of it. Something that few people outside of the legal profession would have a solid understanding of. Furthermore, Djokovic admits that he hasn’t seen the legal documents of the case, which has been made public.

“We have to really look at that and see what that means. And I don’t know. Justin has said that he wants a chance to sort of explain that better and explain exactly what happened.” Anderson states.

Gimelstob’s former role has been filled by Weller Evans until the end of this year. Then a new selection process will get underway. The question is will that be the time where Gimelstob launches his comeback?

A 7 Footer Wins Big At Wimbledon