David Ferrer Never Won A Grand Slam, But He Still Captured The Hearts Of A Nation - UBITENNIS 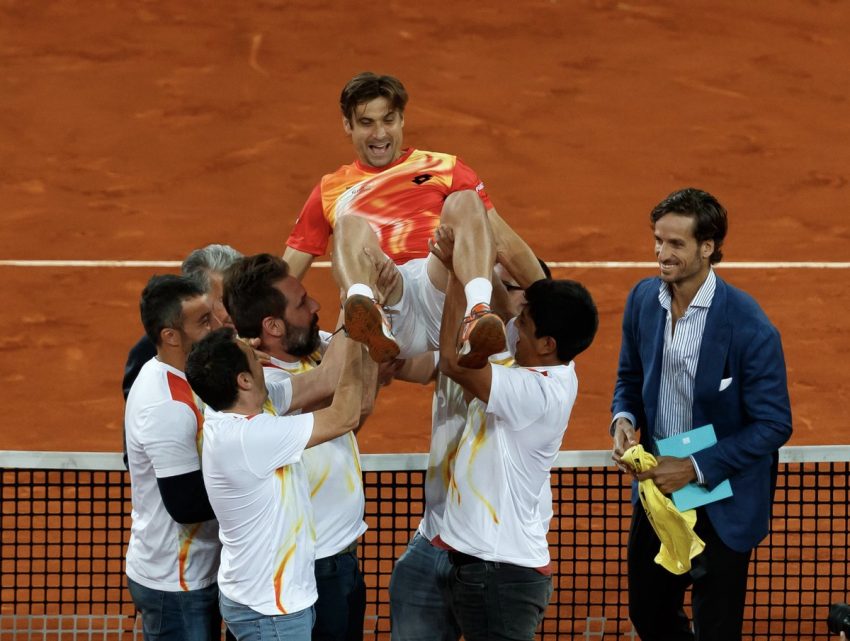 MADRID: It wasn’t long into David Ferrer’s career that the world knew he had something special. His journey began as a professional in 2002 when he reached the final of the Croatia Open in just his second ATP tournament at the age of 20. Since then, he has evolved from a rising star to one of the most respected players in the sport.

Now 37, the Spaniard may not have been the most decorated of all-time and never won a grand slam title. Yet his accolades are just as impressive. Spending 4914 days continuously ranked inside the world’s top 50 between 2005-2018. Seven of those years saw him end the season in the world’s top 10. Overall, Ferrer claimed 27 ATP titles to make him more decorated on the tour than former world No.1 players Jim Courier (23) and Gustavo Kuerten (20). It wasn’t until his 42nd grand slam where he reached his maiden final at the 2013 French Open in what remains an Open Era record.

“I would have never thought that I would have been able to finish my career in such a successful way and nevertheless, I have experienced a lot of things. It is the best thing that has happened in my life.” Ferrer reflected.
“I have lived a lot of things, thanks to tennis, both professionally and personally.”

Ferrer chose the Caja Magica, venue of the Madrid Open, as the place where he would say goodbye to life on the tour. It was equally ironic and fitting that his opening match would be against another Spaniard in the shape of Roberto Bautista Agut. Who is currently placed 21st in the ATP rankings. Despite only a six-year gap between the two, Agut once labeled Ferrer as one of his idols growing up.

“It’s going to be special for me because I am going to play the doubles with Ferrer. He is one of my idols. I will enjoy a lot that week and I hope to learn a lot.” Agut told Ubitennis about teaming up with his Davis Cup teammate at the 2016 Rio Olympics.

Agut’s words are ones echoed by many of his colleagues in the sport. Ferrer only experienced a fraction of the success Rafael Nadal has accomplished, but yet it is due to his commitment to tennis that he has high respect.

“I share tremendous respect for David as a player and as a person as well.” Novak Djokovic said in a tribute on Monday. “He’s someone that has earned that respect many times in his career. His fighting spirit, his devotion to the sport is unprecedented and in a way, it’s sad to see him leave.”

In the opening match at his farewell tournament in the Spanish capital, Ferrer illustrated why he has the nickname ‘little beast.‘ Fighting for more than two-and-a-half-hours to oust Agut 6-4, 4-6, 6-4. A true testament to the determination of the Spanish veteran.

“I’m trying to enjoy the moment I have right now. I won a match against a good friend and a very tough opponent. I want to be with my family and try to enjoy as much as possible the time that I have to play in this center court.” He said following his win over Agut.

It would be Alexander Zverev who would end his career. The last top-five player he beat earlier this year. Despite a valiant start, he crashed out in straight sets. Bringing an end to his time as a professional player. Seconds after the emotions started flowing as well as the tributes.

“It’s was a very emotional night. Completely different from any other important moment in my life that I have experienced previously. I was not expecting it.” Ferrer commented.
“The reality has been more than fiction, I never expected a goodbye or farewell like today (Wednesday).”

Whilst he never topped the rankings, Ferrer still managed to leave his mark on Spanish tennis. Drawing admiration for his hard work and dedication to the sport. For Spaniards, it is his work ethic that has won him so many fans according to José Morón, the chief editor of Punto de Break. One of the biggest tennis websites in the country.

“To me, he is an example for kids to follow at school because he was in the shadow of different Spanish players such as Nadal, Feliciano, Verdasco. But he made his own way to the top by fighting.” Morón told Ubitennis.
“I think Ferrer is more connected to people because he is more down to earth. David worked a lot to be at the top. I think that’s why the public loves him because he’s a really nice guy and worked a lot to get where he is.” He added.

Growing up watching Ferrer develop on the tour, it is one of his earliest achievements that stays in the mind of Morón. As well as Ferrer’s comeback in the final of the 2010 Davis Cup where he defeated Radek Stepanek 1-6, 2-6, 6-4, 6-4, 8-6.

“When I was a kid, his first ATP final in Shanghai. In the semi-finals, he was playing against Roddick. Which was very difficult on the Shanghai hard courts. I remember Andy saying ‘no matter how hard I serve, the ball was always coming back.’ David was like a wall.” He recounted.

Another journalist to recognize Ferrer’s achievements is Manuel Poyán, who works for Eurosport. A veteran Spanish commentator whose voice is recognized by many around the world. Speaking with Ubitennis, Poyán paid a special tribute to Ferrer’s ‘technical evolution.’

In light of the loss also comes relief. Unlike his final grand slam match against Nadal at the US Open last September, Ferrer was able to end his career on his own terms. Avoiding injury which has marred his results in recent years. Something that is a dream for many players.

Ferrer may not have been the greatest Spanish player of all time, but his retirement will leave an empty space in his country’s tennis community. Something he perfectly summarised when addressing the crowd during his farewell speech.

“The trophies are material, what I really wanted is the love from the people. That is what really meant the most.”