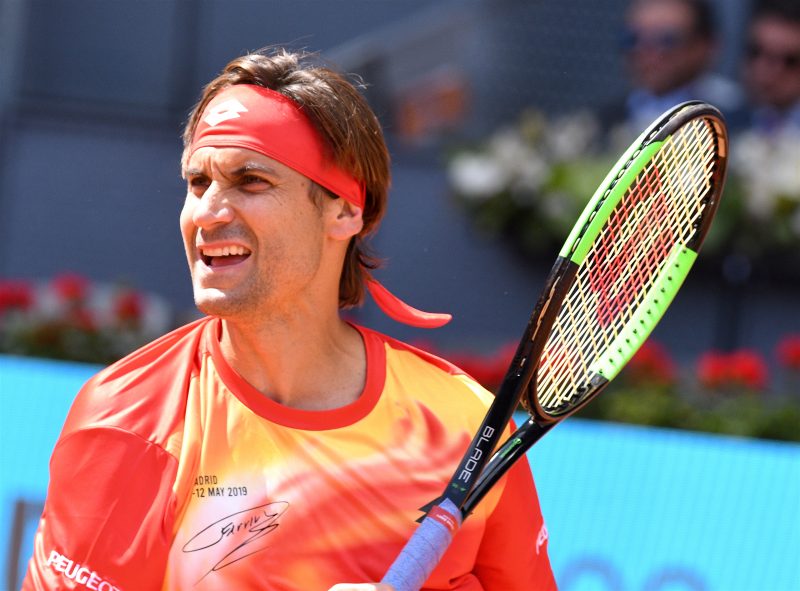 MADRID: In his first match at the Madrid Open, Alexander Zverev has closed the doors on David Ferrer’s glittering career, which has spanned almost two decades on the ATP Tour.

The late-night clash at the Caja Magica proved to be the perfect farewell for the Spaniard. A packed arena cheered on the 37-year-old with continuous outbursts of ‘Ferru’ echoing throughout venue. A true testament of how much Ferrer’s career has meant to his home country. Nevertheless, Zverev refused to lose to the veteran for the second time this season after Acapulco. Overcoming a tentative start marred by frustration to prevail 6-4,6-1.

Usually, the focus is upon the winner of the match. More particularly in Zverev’s case following his difficulties on the tour in recent months. However, the German respectfully stayed backstage as Ferrer soaked up the atmosphere of playing a competitive tennis match for the final time.

“With everything, it is so emotional. I just wanted to say thank you to a lot of people who have been really helpful since the beginning of my career.” Ferrer said during a special on-court ceremony.
“Thanks to the tournament for letting me play my last match here. For all the love you have given me. Also the same goes for Feliciano Lopez, I’m really going to miss you. You’re a great friend.”

It was a Ferrer backhand drifting out that ended his career. Shortly after, a standing ovation began with the crowd, including Zverev, paying tribute to their home player. On what was an emotional evening, one of Ferrer’s final act as a player saw him place his headband on the court. Signaling an end to his career. 17 years after he made his debut on the ATP Tour.

“To all of my tennis colleagues. Thank you for your love and respect. I’m going to miss you all.” He said.

Ferrer’s career saw him finish seven seasons ranked inside the top 10 and stay in the top 50 for 13 consecutive years. He has managed to play in 50 grand slam main draws in a row and 63 overall. In total, he has contested 52 ATP finals and has won 27 titles.

“To my team, thanks for all of your human qualities, your help. It’s been a pleasure. It’s the most special moment of my life right now and you have always been by my side. You always gave me that love and support that was needed.” He said.
“To my coach. He’s not my coach, he’s the best person I’ve ever met. He use to travel with me when I was 16, he’s always been there in the good and bad moments. And he’s like the second father of my children. You have always been there and I will be there for you too. You’re part of my family.”

As he bid farewell to the tour, Ferrer saved his most striking tribute to last. That was to his fans watching in person and elsewhere around the world.

“To all of you (fans) I gave everything in this sport. I couldn’t give more. I won 27 titles and the Davis Cup(s). I could never win Madrid. I would have loved to have won more. The trophies are material, what I really wanted is the love from the people. That is what really meant to me.”

David Ferrer Never Won A Grand Slam, But He Still Captured The Hearts Of A Nation

EXCLUSIVE: Stefanos Tsitsipas On The Journey Towards His ‘Maximum Potential’