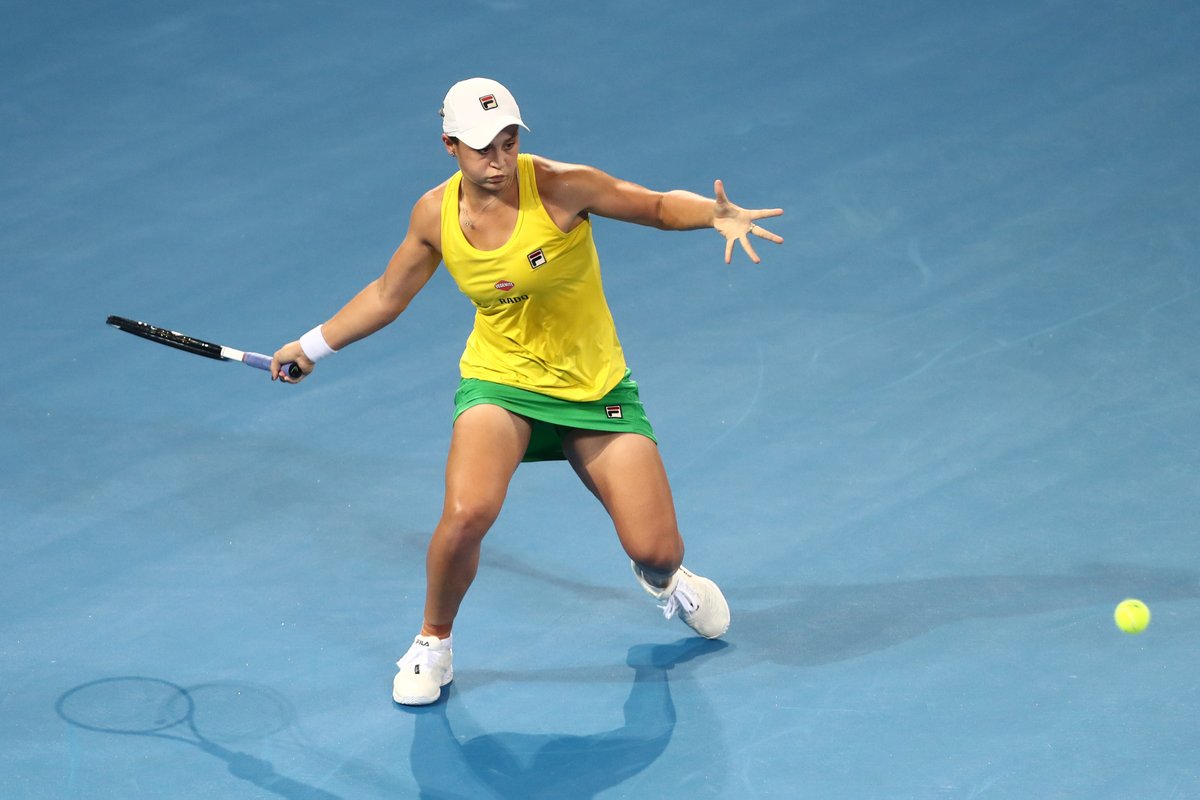 Ashleigh Barty once again produced an impressive performance as she defeated Victoria Azarenka 7-6(2) 6-3 to level the tie for Australia.

The Miami Open champion was impressive in the big moments as she levelled the tie for Australia against Belarus in their World Group semi-final.

Despite Azarenka’s resilience and great returning, the 21 year-old from Brisbane held on to seal the victory in front of her home fans.

Earlier in the day Aryna Sabalenka battled past Sam Stosur 7-5 5-7 6-3 in 2 hours and 51 minutes to give Belarus an early lead.

It was a pressure situation for Barty in heavy conditions as she looked to keep Australia’s hopes of reaching a first Fed Cup final since 1993 alive.

Keeping the unforced errors down and powerful returns was the key for the Belarusian to stay competitive in this contest.

However Azarenka’s serve let her down on occasions which allowed Barty to get back into the match in very heavy conditions in Brisbane.

After two breaks of serve each it was the Australian who played a flawless tiebreak to seal the first set and the home favourite only went from strength to strength.

Another three breaks of serve in the second set sealed the victory and set up a fantastic second day of action in this semi-final.

After the match Australian captain Alicia Molik couldn’t have been any prouder of her team’s efforts, “She backs herself in the big moments,” Molik explained to fedcup.com.

“When the occasion is there she’s prepared to play big…. She shone through at the right moments. I’m happy with where we’re sitting in terms of one win all. I thought Sam was brilliant today. That’s all I could have asked from her, I think she put out a great display.”

The earlier match saw Aryna Sabalenka battle past a gritty Sam Stosur in nearly three hours as she gave the Belarusians the early lead.

Daria Gavrilova and Aliaksandra Sasnovich may be brought into the fourth rubber before a doubles rubber will decide who reaches the Fed Cup Final.