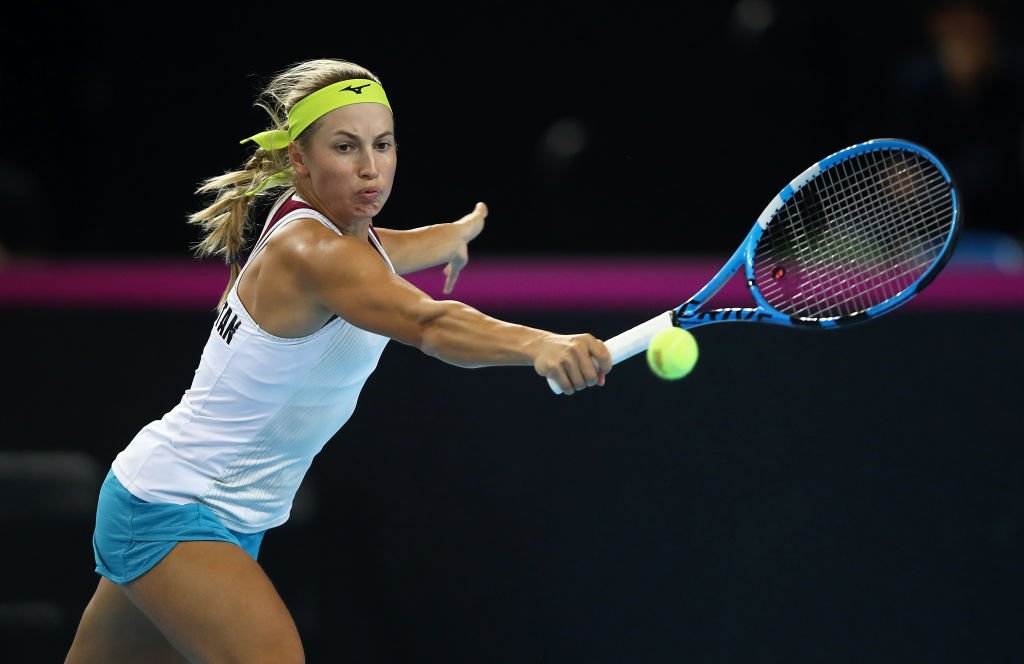 In a match where there were injuries, passion and lots of drama, Putintseva saved three match points to level the tie for Kazakhstan.

Despite having a 4-0 lead in the deciding set, Boulter couldn’t close out the match as Great Britain are pegged back heading into the second day.

Earlier in the day Johanna Konta edged out Zarina Diyas 4-6 6-3 6-2 to give the hosts the lead in their World Group II Play-Off tie.

It was a good start from the Brit as she timed the ball to perfection as the Kazakh had no answers in the opening set. Two breaks at the end of the set sealed a positive start for Boulter, who was feeding off the crowd’s enthusiasm.

However the second set was a very different story as the Brit struggled with a knee injury as Putintseva took a more aggressive approach to proceedings.

Three games in a row against a cautious Boulter saw the world number 38 force a deciding set, which was sealed by an ace.

A 4-0 lead seemingly saw the Brit cruising but back came the controversial Kazakh as she managed to rescue one of the breaks of serve.

In nervy circumstances the world number 86 couldn’t hold her nerve when serving for the match at 5-3 as Putintseva pushed to force a final set tiebreak.

After one match point disappearing in the eleventh game, Boulter remained aggressive to create two more chances to seal the match.

But never count out Putintseva and four points in a row thanks to some gutsy play saw the Kazakh take the match in over two and a half hours as Britain sense an opportunity missed.

It is a gutting loss for Britain, who should have a commanding 2-0 lead but instead have been pegged back at 1-1. The match is level after Johanna Konta edged out Zarina Diyas in the first rubber.

After controversy with the Kazakh’s fans trombone and trumpets, the Brit kept her cool to seal a crucial rubber for the hosts.

Tomorrow Johanna Konta will face Yulia Putintseva, with Katie Boulter, if 100%, playing Zarina Diyas. If the singles are once again split, then a deciding doubles rubber will decide the outcome of the tie.

Great Britain are looking to enter the top two tiers of Women’s Tennis for the first time in 28 years.

Impressive Barty Puts Australia Back On Track In Brisbane Against Belarus