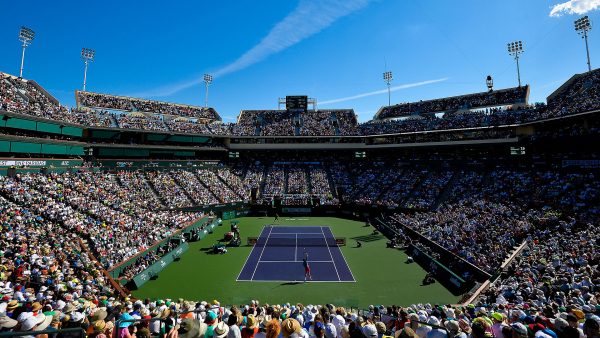 This year’s BNP Paribas Open will host a tie break tens event for the first time in its history with a group of top male players set to feature.

The Eisenhower Cup will take place at the tournament on March 5th before the start of matches. The event, which will raise money for the four local charities in the area through ticket sales, is being sponsored by American manufacturer Masimo.

11-time French Open champion Rafael Nadal is set to headline the event. Unlike traditional tennis, the exhibition event sees players playing a series of matches with the winner being the first to reach ten points (with at least a two-point gap). Players will change ends after six points. The winner of the Eisenhower Cup receives $150,000 in prize money.

Alongside Nadal, Dominic Thiem, Marin Cilic and Stan Wawrinka will take part. A total of six players will feature. How the evening will work is that the participants will be split into two groups for the round-robin stages. The winner of each group will then face off in the final for a chance of winning the prize money.

“We are thrilled to have the Eisenhower Cup presented by Masimo kickoff the BNP Paribas Open and raise funds for local charities.” Said Tommy Haas, BNP Paribas Open Tournament Director. “We are grateful to Rafa, Dominic, Milos and Gael for participating in a special evening that will be a terrific way to begin this year’s tournament.”

This year in the 44th edition of the Indian Wells Open, which is categorized as a Masters 1000 event for the men. Juan Martin del Potro is the defending champion. Meanwhile, in the women’s draw world No.1 Nami Osaka will be hoping to claim the trophy for a second year in a row.