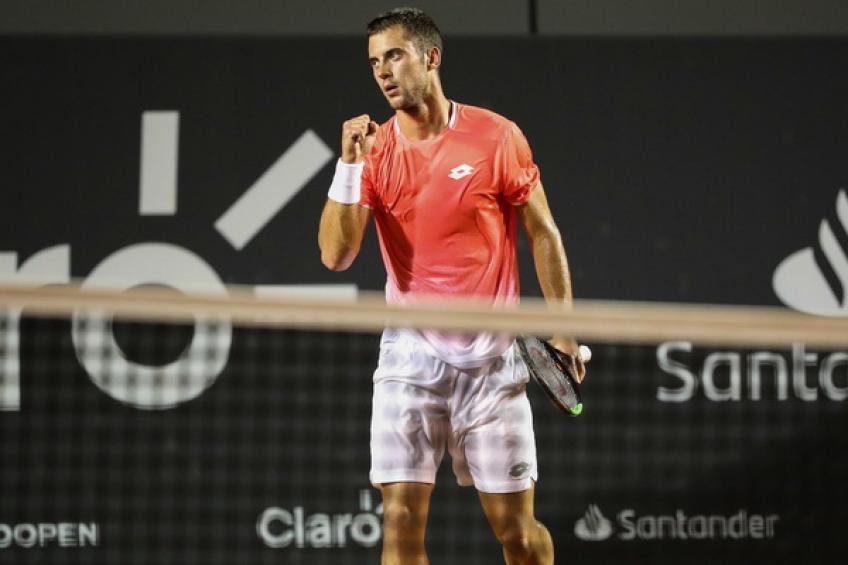 Serbia’s Laslo Djere will break into the world’s top 40 for the first time in his career after defeating rising star Felix Auger-Aliassime 6-3, 7-5, in the final of the Rio Open.

Djere, who recorded her first ever win over a top 10 player earlier in the week against Dominic Thiem, edged out his younger rival in what was a roller coaster match. Both players were contesting their first final on the ATP Tour and nerves were visible from the onset. Djere hit 15 winners to 27 unforced errors, which was a slight improvement on Auger-Aliassime’s tally of 20 and 47.

“It’s been the week of my dreams. So many things have been achieved here.” Djere said during an interview with TennisTV afterwards.
“I’m really happy, really excited and emotional right now. It (the match) was tough both mentally and physically. I’m happy I got through.”

Throughout the opening set there were continuous changes in momentum. Five out of the first six games featured breaks of serve, but it was the Canadian who struggled the most. 18-year-old Auger-Aliassime could only win 42% of his service points as he dropped serve four times. Enabling Djere to snatch the 6-3 lead.

The Serbian experienced tougher resistance at the start of the second set with Auger-Aliassime displaying glimmers of his talent on the court. Unfortunately for the Canadian, he was not consistent enough to tame Djere. The current world No.90 roared his way back from 0-2 to draw level at 3-3. Going on to close the match out by converting his fifth championship point after a forehand from his opponent slammed into the net.

“There was a lot of breaks in the match. Especially during the first set.” The 2019 Rio champion reflected.
“I think I played better in the second set and then I missed four match points on his serve. It was very tough mentally. I just tried to stay in the moment, focus on the next point. Luckily I managed to use (convert) my fifth match point.”

Despite falling short of the title, there is also reason to celebrate for Auger-Aliassime. At the age of 18 he has become the youngest player in history to contest a final of an ATP 500 event since the category was introduced back in 2009. The run has also ensured that he will break into the world’s top 60 for the first time.

During the trophy presentation, Djere paid a heartfelt tribute to his parents. Despite being only 23, both his mother and father have died of cancer. His mum passed away seven years ago and his father at the end of 2018.

Djere will rise to a career high of 37th when the ATP rankings are updated on Monday.

With Title No.100 In Sight, Retirement Is The Last Thing On Roger Federer’s Mind