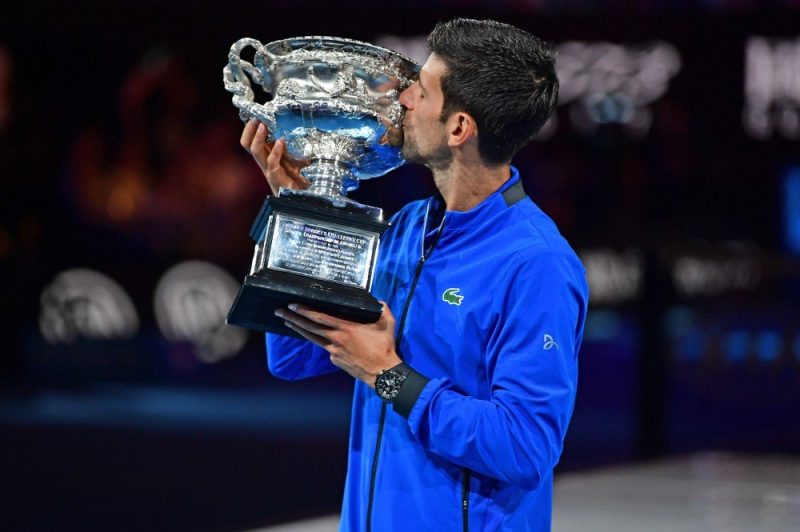 Aside from a humorous exchange with Ubitennis founder Ubaldo Scanagatta, Novak Djokovic spoke with reporters about a variety of topics ranging from his return from injury to the prospect of achieving a calendar slam in 2019.

On Sunday, the world No.1 dropped only eight games against Rafael Nadal to win the Australian Open for a record seventh time. The triumph has made him the first man in history to win three consecutive major titles, three times in a row on three different occasions.

Following his latest milestones, here are five things we learnt from the world No.1.

Belief is the key to his success

12 months ago many were wondering if Djokovic would be able to return back to his best. Following a six-month hiatus in 2017 due to an elbow injury, he made a roller coaster return at the start of last year. However, it was on the grass where he rediscovered his top form and returned back to the top of men’s tennis. Since July, he has won three grand slam and two Masters 1000 titles. During that period, only Alexander Zverev, Stefanos Tsitsipas, Karen Khachanov and Roberto Bautista Agut have defeated him.

“I don’t want to sound arrogant, but I always believe in myself. I think that’s probably the biggest secret of my success, or probably any other athlete, is self-belief, always digging deep in the moments when you’re facing adversity, digging those moments of complimenting yourself, visualizing yourself as a winner, trying to be in a positive state of mind.” Djokovic explained.

The 31-year-old credits his comeback to visualization. A mental process of what you want to happen or feel in reality. Djokovic is known for his spiritual beliefs. Which was highlighted during his previous collaboration with Pepe Imaz. Who he maintains a close friendship with.

“I’m a true believer in visualization. I do that a lot. I think that I had to do that more than ever in my life 12 months ago after the surgery because I wasn’t playing well, I wasn’t feeling good on the court, I was questioning everything, I was doubting whether I will be able to play everyone at this level because I didn’t know to what extent the operation of my elbow would affect my game.” He said.
“It was a huge learning curve for me, just the whole process was very special. I embraced the journey. I am very grateful to go through it. I would never change anything if I could turn back the time because things are just the way they should be.”

Prev1 of 5Next
Use your ← → (arrow) keys to browse
Related Topics:2019 Australian OpenNovak Djokovic
Up Next