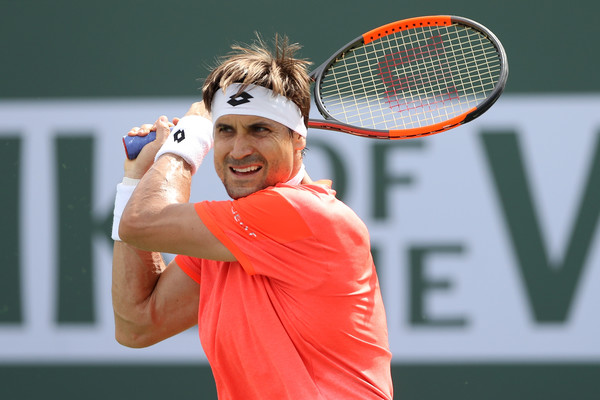 This year’s US Open will not only be David Ferrer’s 63rd appearance in the main draw of a grand slam, but it will also be the start of his goodbye to professional tennis.

On Monday evening the 36-year-old faces the daunting prospect of playing world No.1 Rafael Nadal at the Arthur Ashe stadium. A player who he trails 6-24 in their head-to-head. It could be argued that the draws gods have acted against Ferrer, but he has seen a silver lining in the upcoming meeting. Nadal is the only player he has faced in a grand slam final at the 2013 French Open. It seems only fitting that his final grand slam match could also be against him.

“Deep down I was happy [with the draw]. I was glad,” Ferrer said during an interview with El Espanol.
“It will be my last Grand Slam and for me it is an award to have the opportunity to play with Rafa Nadal in the central court of the United States Open.
“I am happy because tennis has given me this gift.”

Ferrer’s decision to retire from the sport has been an open secreat within recent months. In May he became a father for the first time and previously spoke about the struggles of balancing parenthood with life on the tour. Although Ferrer has stated that the birth of his son has had no influence on his decision to retire. On the tour this season, the Spaniard has struggled with physical problems and has only managed to win nine out of 26 matches played. Resulting in him spiralling down to 148th in the world.

“My life is going to change, but it does not scare me.” The former world No.3 said about retirement.
“I am excited and motivated to be able to train in other aspects. Tennis will always be with me because I will remain linked (to the sport). I do not know in what way. I assume it as a challenge, not as a fear of not knowing what to do.”

The farewell tour has already been planned with the goal of Ferrer playing his final match at next year’s Madrid Open. If he is fit enough to do so. It will bring an end to a career that has seen him play in 52 ATP finals, winning 27 titles. He has also finished seven seasons in the top 10 and peaked at a high of world No.3 in July 2013.

“(I will) say goodbye playing the Hopman Cup, Auckland, Buenos Aires, Acapulco, Barcelona and Madrid.” Ferrer outlined as a potential retirement tour.
“I also know that after the US Open I need to stop and rest to know if next year I want to continue or not.”

Judging on the current form of both players, it is unlikely that Ferrer will stun the men’s tour by knocking Nadal out in the first round. Although he is not bowing out of grand slam tennis without a fight.

“I want to win and I will play on Monday against Nadal with that intention. That is part of my DNA. I am on the threshold of withdrawal, but I will die being competitive.” Ferrer concluded.

Heading into the US Open, Ferrer has won 726 out of 1096 matches played on the ATP Tour.