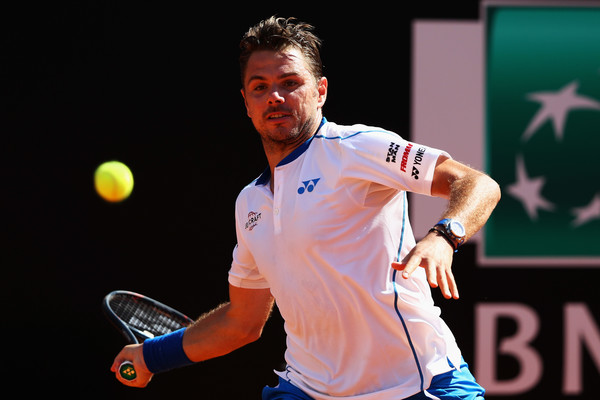 Stan Wawrinka scored his second consecutive win over Grigor Dimitrov with an emphatic 6-3, 6-2, 7-5, victory at the US Open.

Currently ranked 101st in the world following his injury-related hiatus, the 2016 champion only managed to enter the main draw with the help of a wild card. He was able to justify that decision with a comprehensive win over the eighth seed that saw him hit six aces and 30 winners alongside 36 unforced errors. Emulating his win over the Bulgarian in the first round of Wimbledon earlier this year.

“It’s amazing. The last time I played at this stadium was in the final two years ago.” Said Wawrinka, who missed the 2017 tournament due to knee surgery.
“I knew it would be a really difficult match against Grigor in the first round. But I thought my level was really high.
“I’m really happy right now. There are a lot of positivity and emotions for me. It’s great for me to be back again here on this court.“

Initially there was little disparity between the two players. Wawrinka’s signature backhand shot was matched by an array of impressive winners from Dimitrov’s side. The momentum changed in the favour of the Swiss player in the eighth game. A Dimitrov double fault on break point elevated Wawrinka to a 5-3 lead. Resulting in him closing out the first set at the expense of another mistake from his rival.

Ploughing through the second set with the help of a four-game winning streak, it appeared that the three-time grand slam champion was on course to close out the match with little difficulty. The only issue was that Wawrinka’s body started to play him up. Three games into set number three, proceedings were halted by a medical time out. Wawrinka underwent treatment on his back/hip region. Triggering fears that injury might once again spoil his intentions on the court.

“Some struggles with my body. I have no idea why, but it’s tough conditions.” The former world No.3 explained after the match. “It’s humid, I’m coming back from injury. So there are a lot of doubts about how I would feel. How my body would react. Especially at that level in the first round. There is a lot of tension.”
“I’m happy it more a less went away, but I need to take care of my body for the next round.”

Struggling with a noticeable decline in his service speed, Wawrinka encountered further difficulties as Dimitrov went on to break for a 5-3. Despite the blip, he managed to fight his way back to draw level at 5-5. Raising questions about Dimitrov’s mental strength on the court. Continuing to battle towards the finish line, a forehand winner rewarded Wawrinka another break and this time a chance to serve the match out. Prompting him to clinch his fist at his camp. Victory was then sealed with an ace down the middle of the court.

“It’s always tough to play your best tennis in the first round.” He said.
“I know against Grigor it would be an open match. I expected a great level and I think in general I was really solid.”

Wawrinka will play French qualifier Ugo Humbert in the second round. Humbert is making his grand slam debut and defeated home player Collin Altamirano in his opening match.

David Ferrer Prepares For Grand Slam Farewell At US Open