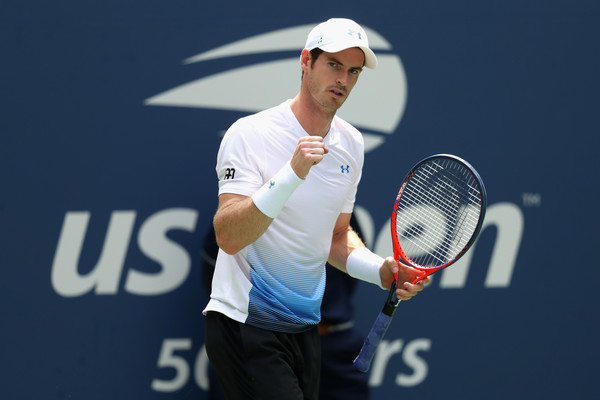 Former world No.1 Andy Murray has progressed to the second round of the US Open after battling past James Duckworth 6-7(5), 6-3, 7-5, 6-3, in what was a battle of the comeback kids in New York.

Murray, who triumphed in Flushing Meadows back in 2012, is playing in only his sixth tournament since returning from a hip injury. Furthermore, he was contesting his first best-of-five set match this season. Meanwhile, former top 100 player Duckworth has also suffered his fair share of injury woes. Undergoing five surgeries on his right foot, right shoulder and right elbow since 2017. Both players have endured misfortune, but it was Murray who managed to prevail in their clash. Hitting 31 winners to 29 unforced errors and converting six out of his 15 break point opportunities.

“At times it was tricky. Especially early on in the match. It was very, very lively and very hot.” Murray said during his on-court interview.
“The ball was flying around and James was serving big and playing a lot of drop shots. Throwing me off rhythm.
“I am happy I managed to get through that and play some good tennis at times.”

Judging on their career records, Murray went into the match as the favourite to win. Although that illusion was swiftly dismissed by 26-year-old Duckworth, whose risky game plan raked in its benefits. Leaving  Murray frustrated as he failed to convert two set points whilst leading 6-5.  The mood of the Brit deteriorated further in the tiebreaker when more gutsy play from the Australian saw him turn his fortunes around. A forehand cross-court winner gave him his first set point. Unlike Murray, he was able to convert after a slice from his rival drifted long.

Facing the prospect of falling at the first hurdle in New York for the first time in his career, Murray increased his aggression and the intensity is his shot-making. Breaking twice during the second set to revive his chances of winning.

Despite the turn in the tides, the Brit still struggled to tame his rival. Duckworth’s resilience was one that frustrated Murray and won him fans. With both players matching each other game-by-game, it was a minor blunder from the Australian that cost him dearly. Serving to stay in the third set at 5-6, a double fault handed Murray set point. An opportunity he seized after a Duckworth slice drifted out, prompting him to slam his racket on the floor out of anger.

Closing in on his first win in a major since the 2017 Wimbledon championships, Murray continued to endure a roller coaster journey. Strolling to a 3-1 lead in the fourth frame with the help of Duckworth forehand slamming into the net on break point. Only for him to be broken in the following game. Continuing to weather the storm, the Brit eventually sealed his place in the second round when a shot from his rival crashed into the net on match point.

“I made a bit of a change on the return games. I started to stand a bit further back to give me a little bit more time. I got myself into a few more rallies that way and once I got into the rallies I was a little bit more comfortable.” Murray explained about how he managed to turn the match around.

Awaiting Murray in the next round will be Spanish 31st seed Fernando Verdasco. In his opening match, he dismissed compatriot Feliciano Lopez 6-2, 7-5, 6-4. Murray has a 13-1 head-to-head lead against Verdasco on the tour.