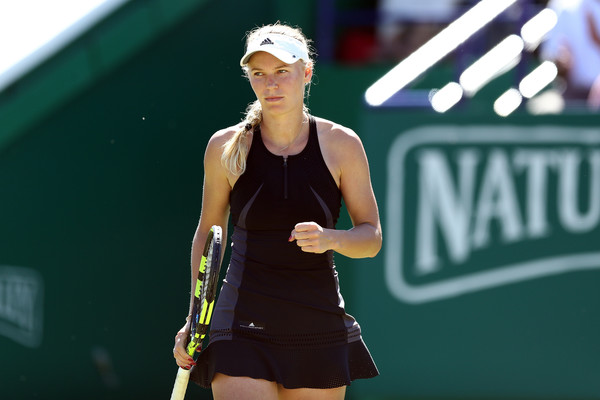 Caroline Wozniacki saved a match point as she fought back from a set down to beat Angelique Kerber 2-6 7-6(4) 6-4 and progress to her third Eastbourne final.

The Dane, 27, looked to heading out when the German was serving for the match at 6-5 and had a chance to seal the win.

However, Wozniacki drew on all her fighting qualities to save match point, break Kerber, win the resulting tie-break and turn the match around.

“I got lucky to break her at 6-5,” the Dane said. “I saved a match point when we had a great rally and I managed to hit the corner on that match point.”

“Then in the tiebreaker I started off aggressively and it went my way and I hit a few lines. And it just went from there.”

The opening set seemed pretty even until Kerber earned a break in game five. That success emboldened the German, and she attacked Wozniacki’s serve to break her again and take the set 6-2.

However, the Dane rarely makes life easy for opponents, and she earned an early break in the second set to move into a 4-1 lead.

But Kerber was not ready to give up on the set at the point. She stormed back to 4-4 and then broke in the 11th game to give herself a chance to serve for the match.

Then it was Wozniacki’s turn to flip proceedings in her favour as she produced some brilliant tennis to steal the second set from the German. 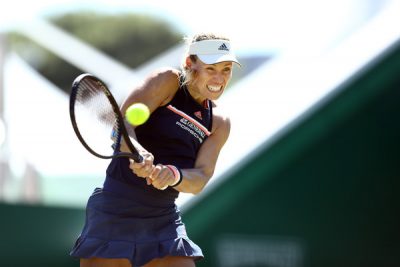 The decider was close but, after her narrow escape, the Dane always looked the more confident player. She played the important points superbly to earn the only break of the set in game five and went on to take it 6-4.

“I think that’s what the best players do,” Wozniacki said. “That’s what Angie was doing, too. She was playing extremely well and when she was down, she came up with some great shots.”

“And when I was close to closing it out, she came up with some great shots again. I think it just (comes with) experience and confidence.”

The Dane believes her ability to deal with pressure has evolved over the course of her career. “I think you learn all the time,” she said.

“With experience, you make smarter decisions. But I think I have always been good under pressure, and in tight situations.”

She continued, “It’s all about learning from previous mistakes. There will be mistakes in the future too but you just try and eliminate those and minimize those as much as possible.”