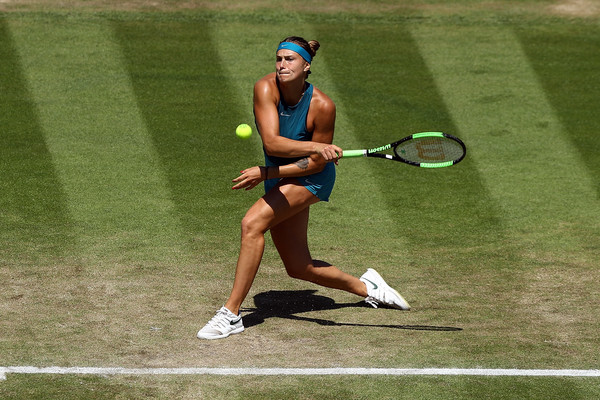 Aryna Sabalenka continued her remarkable run at the 2018 Nature Valley International with an impressive 6-3 1-6 6-3 win over Agnieszka Radwanska.

The result takes her through to her first WTA Premier final and means she will move up to at least No.32 in the new set of world rankings on Monday.

Sabalenka’s match against Radwanska started in bizarre fashion with six consecutive breaks of serve as both players struggled to find their rhythm.

However, there was plenty of good tennis show in that time. Sabalenka cracked three huge winners in succession in game four and then Radwanska flicked a delightful cross-court forehand past her opponent in game five.

Game six was high-quality too, as the Pole hit an excellent backhand volley and the Belarussian unleashed a brutal forehand winner to seal her third break.

The set’s crucial moments came in game seven when Sabalenka became the first player to hold serve. She fought back superbly from 15-40 to do it.

Both players were sloppy in the next game, but the Belarussian managed to find a pair of winners when she needed them most to earn another break. She then held to love to seal the first set. 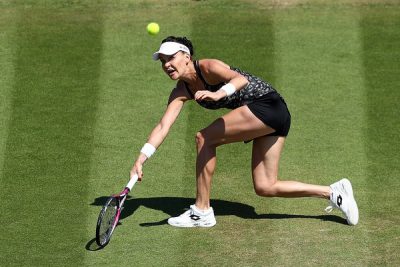 In the opening game of the second set, Sabalenka hit an extraordinary return. Radwanska tossed a serve out wide, which most players would have struggled to get a racket to. However, the Belarussian not only reached it, she slammed it around the net onto the side-line for a winner.

Shortly after that, Sabalenka lobbed Radwanska to break her yet again. Things were looking very bad for the Pole at this stage, but it was all about to change.

Having played so well to get to 6-3 and 1-0 with a break, the Belarussian experienced a big dip in performance. It started with four unforced errors as she dropped serve.

Then she watched as Radwanska produced an excellent game to hold serve for the first time in the match. The Pole hit a lovely half-volley winner and a superb forehand pass before sealing it with an unreturnable serve.

Radwanska did not have to do much to win the next game. She hit a beautiful floaty drop shot to win the first point and then put the ball in play repeatedly and enticed Sabalenka to make a series of errors.

The rest of the second set continued in similar fashion. The Belarussian made plenty more errors as she dropped serve twice more, and the former World No.2 eventually sealed the set 6-1 with a classy forehand pass followed by another error from Sabalenka. 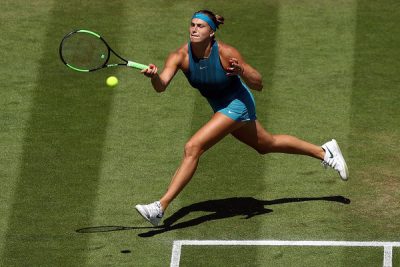 In stark contrast to the rest of the match, the decider began with four consecutive holds. Radwanska then played two brilliant points in game five, finishing one with a delicate lob and the other with backhand volley, as she broke to lead 3-2.

However, that was the last game the Pole won as Sabalenka dialled up her aggression. She hit three winners to fight back from 40-0 on Radwanska’s serve and break for 3-3.

Then she hit three winners to go 40-0 up, two double faults and an error to fall back to deuce, and then two more winners to secure a vital hold.

In game eight, the Belarussian was imperious. She slammed four brilliant backhands, three of them outright winners, to break the Pole to love.

The final game of the match was more typical of Sabalenka as she hit a few winners and made a few unforced errors before eventually sealing with a forehand that Radwanska could barely lay a racket on.