Former US Open champion Juan Martin del Potro has withdrawn from next week’s Aegon Championships due to a groin injury.

The Argentine hasn’t played since his third round loss to Andy Murray at the French Open. It was during the second round of that tournament where Del Potro picked up the injury. It is the latest setback for the 28-year-old, who was also troubled by shoulder and back issues prior to Roland Garros.

There is currently no information regarding Del Potro’s plans for Wimbledon, but he is expected to play. He is a former semifinalist at the tournament, but has only played at SW19 once since 2013 due to numerous injury setbacks. The most notable being a lengthy absence due to his wrist.

Another withdrawal from Queen’s is world No.54 Dan Evans. The Brit suffered a calf injury during the Surbiton Open last week, forcing him out of the tournament. Since then, he has been spotted on Crutches. Evans has also pulled out of this week’s Nottingham Open to ‘rest his injury,’ but said earlier this week he hoped to play at Queen’s.

Replacing both Del Potro and Evans in the main draw at Queen’s are two players that have also been marred by injury in recent months. Australia’s Thanasi Kokkinakis is set to play in only his fourth tournament of the year. This week the 21-year-old won his first ATP main draw match since 2015 after defeating Mikhail Youzhny in straight sets.

30-year-old Ward returned to action earlier this month after an eight-month absence due to a knee injury. His last main draw match on the ATP World tour occurred in the first round of last year’s Wimbledon Championships, where he lost in straight sets to Novak Djokovic.

“James and Thanasi have had a difficult time with injuries over the last year or two and we are delighted to give them a chance to play in the Aegon Championships main draw. James had a fabulous run to the semifinals in 2011 and we all remember his matches in Great Britain’s Davis Cup win. Thanasi is one of the most talented young players in the sport and it’s great to see him back. We wish Juan Martin del Potro and Dan Evans a speedy recovery and hope to see them next year.” Said tournament director Stephen Farrow.

The Aegon Championships will get underway on Monday. Andy Murray will be the defending champion and top seed. Seven top-15 players will be taking part in the draw.

The world No.2 sees a silver lining to what is currently a bleak situation in the world due to covid-19.

Reigning Wimbledon champion Simona Halep has admitted that she doesn’t believe that professional tour will resume during the early part of the summer.

There has been no tournaments since the last week of February due to the Covid-19 pandemic. The latest tennis victim of the virus was Wimbledon, who was forced to scrap their event for the first time since 1945. Shortly after Wimbledon’s announcement, the ATP and WTA issued a joint-statement in which they said no more events will be played until at least July 13th. Although Halep fears that the suspension will be extended further in the coming weeks.

At present the United States Tennis Association (USTA) has insisted that they are pressing ahead with plans to host the US Open on the schedule dates of August 24th – September 13th. Although the Billie Jean Tennis Center, which is the venue of the New York major, has been transformed into a temporary 350-bed hospital to treat those with covid-19.

“At this time the USTA still plans to host the US Open as scheduled, and we continue to hone plans to stage the tournament.” The USTA said in a statement issued on April 1st.
“The USTA is carefully monitoring the rapidly-changing environment surrounding the Covid-19 pandemic, and is preparing for all contingencies.
“We also rely on the USTA’s Medical Advisory Group as well as governmental and security officials to ensure that we have the broadest understanding of this fluid situation.
“In all instances, all decisions made by the USTA regarding the US Open will be made with the health and well-being of our players, fans, and all others involved in the tournament.”

At the time the suspension began with the cancellation of Indian Wells, Halep was already sidelined from the tour due to injury. The two-time grand slam champion has been suffering from a foot injury, which she appears to have now recovered. Currently in lockdown in her home country of Romania, the 28-year-old is pressing ahead with her training routine as well as she can.

“Everything is closed but you are able to run outdoors. So, I am doing the running and the training outside, from the bloc. And then in the house I work on my core and my other exercises. So, every day I am working and I feel fit yes.” Halep said of her current training.
“It’s the longest period that I haven’t touched a racket. Not the ball, the racket – since Dubai. And I want to keep it that way for one more month.” She added.

Last month Halep made a donation of medical equipment to hospitals in Bucharest to help them in their fight against the virus. In Romania there have been more than 3000 cases of covid-19 with at least 116 deaths, according to government figures.

In the midst of the crises, the former world No.1 does see a silver lining. The prospect of having to wait another year to defend the Wimbledon title has added some fuel to the fire for Halep and her team.

“I am now the defending Champion for two years. So, I have to live with that for one more year so that’s a good thing again. I am excited that I will be able to play the first match on Tuesday I think on Center Court. So, I really want to make this experience. It’s going to be great for sure.” She concluded.

Before the tour was halted, Halep started 2020 by winning 10 out of 12 matches played. In February she won her 20th WTA title at the Dubai Tennis Championships.

Alexander Zverev: “The situation with the coronavirus is tough for me because I would have hardly any points to defend” 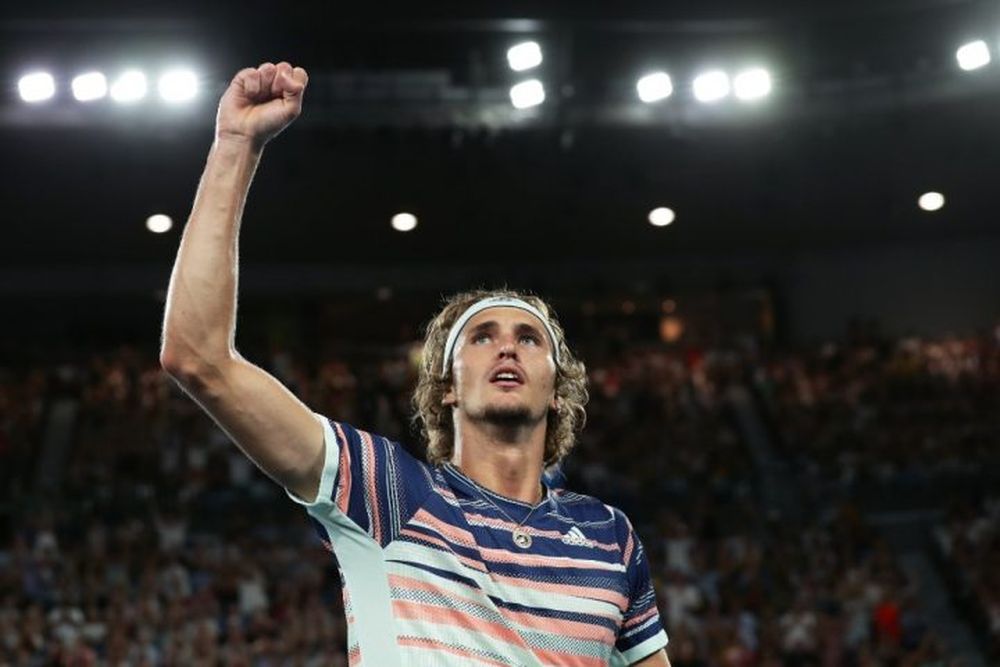 Alexander Zverev said that the suspension of the ATP Tour due to the outbreak of the coronavirus pandemic will not help him as he would have the chance to win a lot of points in the spring and summer months. The ATP froze the ranking until 13th July during the tour suspension.

Last year Zverev lost the Acapulco final against Nick Kyrgios before losing in the third round at Indian Wells and in the second round in Miami. He did not convert one match point against Nicolas Jarry in the Barcelona second round and two match points against Christian Garin in the quarter finals in Munich. He lost to Matteo Berrettini in the second round in Rome, but he bounced back by winning the final in Geneva against Garin. He reached the quarter finals at Roland Garros before losing to Novak Djokovic in three sets.

Earlier this year Zverev reached his first Grand Slam semifinal of his career at the Australian Open before losing to Austria’s Dominic Thiem. He ended his career-long 15-match win streak of his friend Andrey Rublev in the Australian Open fourth round. Zverev lost to Tommy Paul in the second round.

“The situation is tough for me because I played very badly in 2019 for a long time and I have hardly any points to defend this year. Now I could collect a lot, but I can’t and I am stuck in the seventh place”, said Zverev.

Alexander Zverev: “The situation with the coronavirus is tough for me because I would have hardly any points to defend”