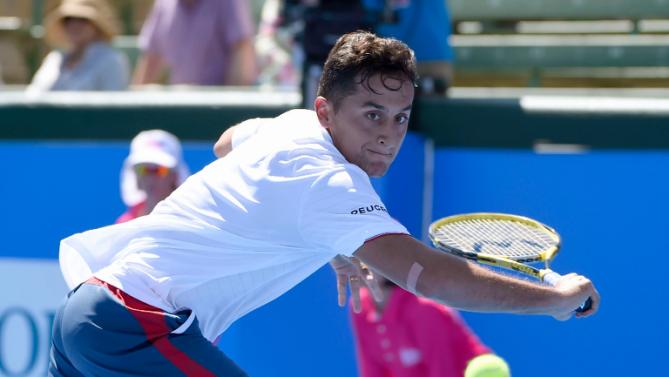 Hyeon Chung, who has been on an unstoppable rise up the rankings to number 51, was given a slight reality check at the Kooyong Classic with a 6-2, 6-2 defeat over former world number 9 Nicolas Almagro.

The South Korean impressed with his opening win in the event against Omar Jasika and also last week in Sydney where he gave Marin Cilic a good run for his money in the second round but today the experienced Spaniard displayed some of the tennis that took him to the top ten before his foot injury.

Chung will have to take away the positives from this week as he prepares for his first main draw appearance at the Australian Open next week, having lost in the finaly qualifying round twelve months ago.

Marcos Baghdatis also finished his participation at the event with a win against Paul-Henri Mathieu. The Cypriot took the encounter 7-6, 6-3 and after the match was asked about that infamous run to the final in 2006. “It was the best two weeks in my tennis life. It makes me happy to think about them, I’m always happy to be playing back in Australia”, summed up Baghdatis.

The world number 48 had lost his opening match at the Kooyong Classic to Pablo Carreño but finished his preparations for his favourite Grand Slam in the best way possible: “I felt much better today on court, more explosive. I moved better and served better, It’s good to get in two matches before the Open”.

Finally, Omar Jasika, the busiest participant at this year’s event, picked up his third defeat in three against fellow young gun Kyle Edmund. The Brit produced 21 winners and 8 aces in a 6-3, 6-3 victory. “The more matches you play, the more comfortable you get. I have 12 months more experience now than I did last year”, summed up Edmund.

The final day of the event takes place tomorrow with Simon facing Carreño in the third place playoff and Goffin meeting Feliciano Lopez in the final.

Like many other lower ranked players on the Tour, the 20-year-old finds himself in a tough situation. 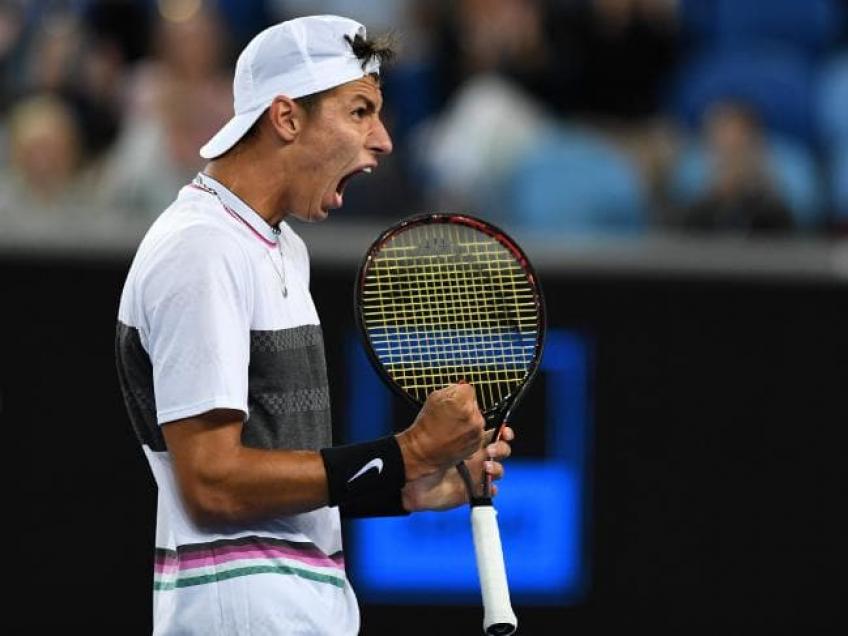 One of Australia’s rising stars has said he is worried that he may have to play at the US Open against his will or risk losing a chunk of ranking points.

Alexei Popryin has raised his concerns about travelling to the New York major in August amid a surge of COVID-19 cases in some areas of the country. According to the Centers for Disease Control and Prevention there were 52,228 New Cases of the virus on July 5th compared to 24 hours before. Furthermore, the governor of New York recently announced that people travelling from 16 different states in America are now required to self-quarantine for 14 days if they visit the city. According to USA Today this ruling applies to roughly 48% of the entire American population.

Despite the concerns, the organisers of the US Open have insisted they will be able to hold the tournament in a safe manner and will be implementing various restrictions. Including holding the event without fans for the first time and conducting frequent testing of players. However world No.103 Popryin admits that he still has his concerns about attending.

Popryin has a considerable amount of points to defend in New York after reaching the third round there last year. Therefore, if he skips the event he faces dropping further down the rankings. Something which will then impact on his chances of entering the bigger tournaments later in the year. Usually the cut off for Grand Slam tournaments is around 105.

It is still to be announced as to what will happen with the ranking points system at the US Open and if there will be any adjustments made due to the pandemic. Although organisers will likely be against any idea to remove them from the event as it is a key factor to attract players to take part.

Another player to voice their concerns about the US Open is France’s Benoit Paire, who has said he would not attend the event if it was taking place today. Speaking to RMC Sport the world No.22 said he would rather not go to the event if he meant that he would be ‘taking a risk’ with his health.

“Going to the United States would be at risk of catching it. I am a great professional and I am one of those who would always like to play tennis, but your health is the most important thing,” he said.
“If going there is taking the risk of catching the disease and staying quarantined when I return, I prefer not to go, really.’
“It looks like if we play the US Open, we will have to sacrifice not to play the Mutua Madrid Open or the Masters 1000 in Rome.”

Meanwhile, world No.3 Dominic Thiem recently told Austrian media that he believes a final decision regarding the Grand Slam will be made within a week. Something that is yet to be confirmed by officials.

Should it go ahead, the US Open will start on August 31st.

Former world No.4 Guy Forget says he hopes to learn from the controversy caused by the recently cancelled Adria Tour.

The man in charge of organising this year’s French Open has said he is optimistic that there will be more flexibility in the restrictions placed upon his event as it nears its launch.

Guy Forget has told Reuters News Agency that he believes the clay-court major will be nowhere as strict as the US Open, which will take place a couple weeks prior. The US Open is taking place behind closed doors for the first time in history and players will be subjected to various measures due to the COVID-19 pandemic. Including regular temperature checks and being limited to how many members of their team they can bring with them. It comes as parts of America reports a rapid rise in cases of the virus.

However, Forget believes that the COVID-19 restrictions set to be implemented in New York will not apply to his tournament because the current situation in his country is not as bad. According to the BBC, more than 29,000 people have died from COVID-19 in France compared to an estimated 132,000 in America.

“Luckily things are a bit more flexible in Europe and in France, especially,” Forget told Reuters. “Hopefully, what we’re going to announce will probably be even more flexible than what we did.”

Despite Forget’s optimism, there is also a lot of caution given recent events that have happened in the sport. The Adria Tour, which was founded by world No.1 Novak Djokovic, was cancelled after an outbreak of the virus among players. Djokovic, Grigor Dimitrov, Viktor Troicki and Borna Coric all tested positive, as well as some coaching staff. The event was criticised for a lack of social distancing with players attending parties, however it all took place in accordance with local government rules. Meanwhile, at the DraftKings All-American Team Cup in Atalanta Frances Tiafoe withdrew due to testing positive for the virus, but the event continued.

“Maybe some people were overconfident there,” Forget commented on the Adria Tour.
“Luckily no one got hurt really bad but even a few cases is too much and we want to avoid that as much as we can.
“We want to reassure everyone that having people getting ill will be terrible for us. Let’s be really careful, really cautious.”

At present, the French Tennis Federation plans to allow up to 20,000 people to attend the French Open daily with 10,000 on the final day. Equating to roughly 60% of its maximum capacity which is a figure based on ‘health-related information and the projected guidelines.’ Those attending will be required to wear masks whilst walking around the venue but not when sitting courtside.

“We all see soccer on television, it’s wonderful but something is missing without the crowds,” Forget said about the importance of a crowd.
“We are working closely with the administration, the government, to make sure we can provide some crowd while still following very strict security measures.”

The French Open is set to get underway on September 27th. Ash Barty and Rafael Nadal are the defending champions.