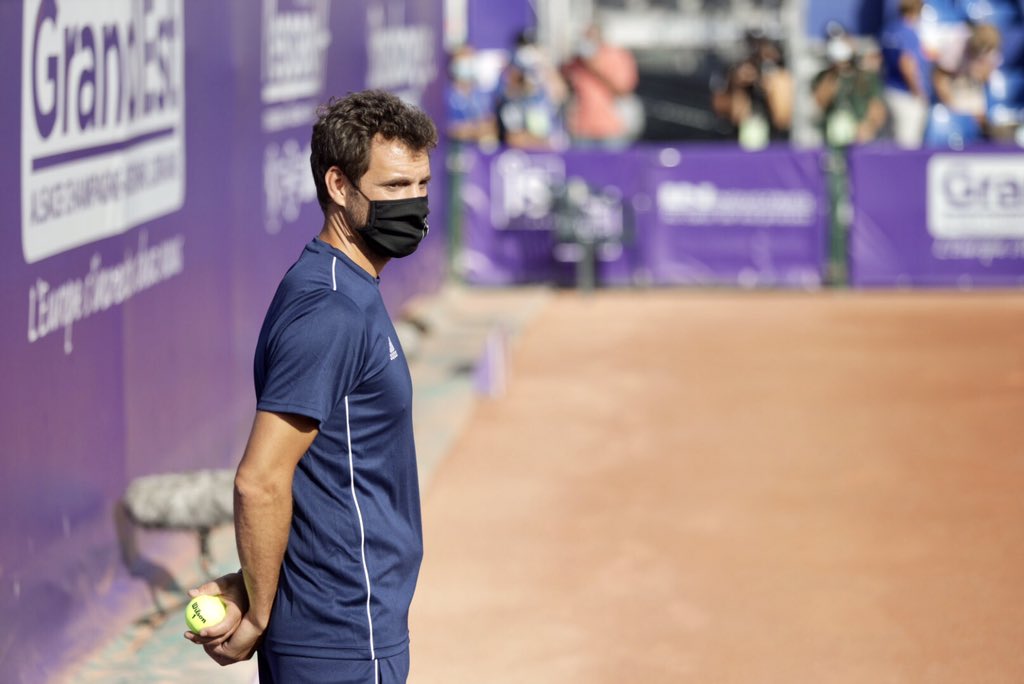 On Wednesday at the Strasburg Open fourth seed Aryna Sabalenka took to the court to play her second round match and watching from the sidelines was a familiar face from the tennis world.

Although former world No.12 Paul Henri-Mathieu wasn’t in the crowd observing, he was standing on the court as one of the ball boys. Reprising a role he did at the Strasburg event 30 years ago when he was just an eight-year-old. Due to the COVID-19 pandemic, children are not allowed to work as ball persons this year. Leading to Mathieu lending his hand at the tournament.

“It was a great way to pay tribute to the WTA on its 50th anniversary,” Mathieu told local newspaper l’ Alsace. “In addition, I had already picked up the balls in these same internationals. In 1989 and 1990, I was a collector in Hautepierre (the league centre in Strasbourg). These are the kinds of events that make you want to go professional even more when you’re a kid.”

Mathieu, who won four ATP titles during his career, picked up balls during the first set of Sabalenka’s clash with Anna Blinkova. He retired from the sport back in 2017 after earning more than $6.2 million in prize money and recording 10 wins over top 10 players on the ATP Tour. He ended 12 out of his last 15 seasons ranked in the world’s top 100.

“It was tough, I was doing the baseline with the sun in my eyes! In addition, with the Covid rules, there are only three on the court… But it’s the youngster who is at the net who does all the work. He’s the one who sets the pace and, there, he was very good!” said the former Davis Cup finalist.

Mathieu has remained involved in tennis since retiring and now works as a consultant for Eurosport France. He is also a sponsor of the French Touch Tennis Academy in Cap d’Agde.

Meanwhile, Sabalenka battled back from a slow start to win 1-6, 6-4, 6-2, against Blinkova. The world No.12, who is yet to win a WTA title on the clay, will play Katerina Siniakova in the quarter-finals.

Related Topics:Paul-Henri Mathieu
Up Next

Tennis Has A Conundrum When It Comes To COVID-19 Testing