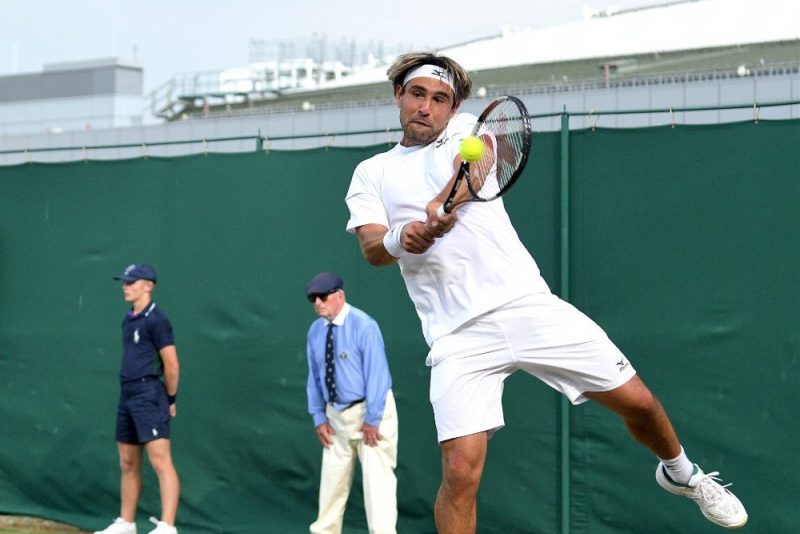 Cyprus’ greatest tennis player of all time says he believes there is one key trend among the Big Three that enables them to continue their success in men’s tennis.

Marcos Baghdatis, who is best known for reaching the final of the 2006 Australian Open, says is it the desire of Rafael Nadal, Novak Djokovic and Roger Federer to continue improving their tennis that has enabled them to dominate the sport. Since the 2003 Wimbledon Championships the trio has won 57 out of 71 Grand Slam tournaments, as well as 99 Masters 1000 trophies. Within the last 15 years Andy Murray is the only player outside of the group to have spent time as world No.1.

“One never stops learning, there are always ways to improve ourselves, on and off the court,” Baghdatis told The Cyprus Mail.
“Take for example the big three, Roger Federer, Rafa Nadal and Novak Djokovic. People see them and think what they are doing is normal.
“But I assure you it’s not, if it was I would have done the same! What they have achieved is out of this world. And the reason they are still out there winning tournaments is because they never stop learning, they always find ways to improve themselves, even after almost two decades at the top.”

During his career Baghdatis scored wins over both Federer and Nadal but never got the better of Djokovic. Overall, he won just two out of 24 matches against the Big Three on the ATP Tour. Nevertheless, Baghdatis still achieved a ranking high of eighth in the world and finished 12 consecutive seasons in the top 100. He also won four titles in Beijing, Zagreb, Stockholm and Sydney over a four-year period.

The 35-year-old says it will be ‘tough’ to take over the role of the Big Three in the future but there is one player who he believes has good potential.

“It will be tough for anyone to emerge after them, even though there are great talents around. One of them is Jannik Sinner, he has everything to become great, including a great team around him and a legendary coach like Riccardo Piatti, which is an extremely important thing, especially at a young age such as his.” He said.

Sinner is the youngest player currently ranked in the top 100 on the ATP Tour at the age of 19. At the French Open he reached the quarter-finals on his debut. More recently the Italian reached the semi-finals of the BETT1HULKS Championships in Germany before losing to Alexander Zverev, who went on to win the title.

Since stepping away from the sport in 2019, Baghdatis has stayed involved in the sport. He plans to open up an academy in Limassol along with his wife Karolina Sprem, who is a former top 20 player herself. He has also been a consultant for Elina Svitolina since December.

“Every day I come across something new, I pay attention to details, I study the game and I try to communicate with her in the most honest and simple way, without complicating things,” he said.
“Again, learning is the key, it allows me to improve myself as a coach as well as a person.
“Good results will always come to those who manage to keep an open mind, in sports as in everyday life.”

On The Decline Of American (And Australian) Men’s Tennis