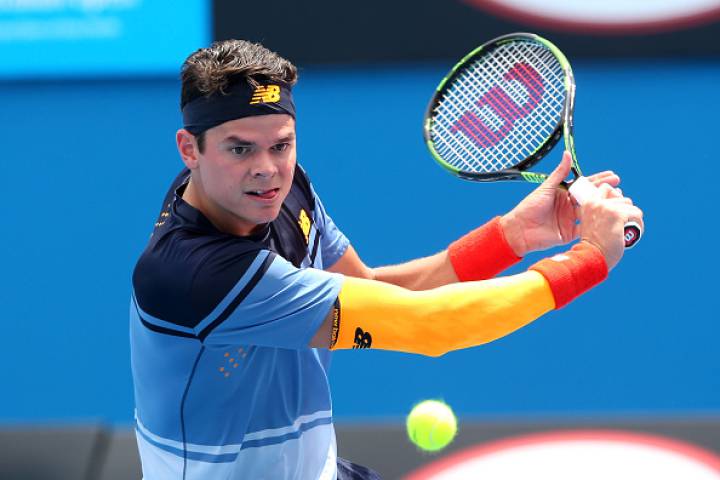 In bold players we are choosing as the favourite to win the match.

Muguruza faces a tough competition in the Czech, but has hardly been challenged so far in Melbourne. The Spaniard should win, but could lose her first set in the tournament.

Azarenka is the player to beat right now on the women’s side and clearly the favourite to reach the final in the bottom half of the draw with Muguruza. The Belarusian should easily take the match home in straight sets.

Wawrinka has revealed he will play a major part in determining who the winner of the tournament will be. Rosol has had a good win against Sock, but should surrender in four sets to the 2014 champion in Melbourne.

Ana faces her real first test in the tournament and shouldn’t be able to pass it. Keys finds her best tennis in Australia, just like she did last year, and should be able to use her forehand and serve to sail through. The Serb has won the only previous match against the American, but that was in 2014 and Madison was yet to break big.

Bernard wasn’t incredibly convincing in beating injured Bolelli in four sets in the previous round.But Millman fought for 5 sets in the second round and shouldn’t be able to put up much resistance. Tomic should win in straight sets.

Makarova has reached the semi-finals of a Grand Slam before and can always be a tough challenge to take on for any player. Ekaterina should manage to use her experience to pull out an upset. The head-2-head between the Russian leads 2-0.

Match of the day on Margaret Court Arena between Brisbane winner Raonic and Syndey winner Troicki. Milos should be hard to beat for the Serb and should be able to use his serve and attacking game to win in four sets. Troicki has a good game, but has never shined too much in a Grand Slam, having a 4th round as his best result, reached at the French Open and Wimbledon.

Angelique impressed in the previous round, when she was supposed to be challenged by her opponent. The German has a good chance of reaching the 4th round in Melbourne and should win in straight sets.

Andy has been flawless so far in Melbourne. It’s hard to think that Sousa will be able to challenge the Brit if Andy continues playing on his level. Murray should win in straight sets.

Zhang is playing the tournament of her life, after beating both Halep and Cornet in the first two rounds. Before the 2016 Australian Open, Shuai had never won a match in the main draw of a major event in 14 appearances. Now she could go even further and reach the 4th round, beating Lepchenko in three sets.

Konta is playing free of pressure, despite her splendid run last summer at the US Open. The Brit is in the zone and should be able to win in straight sets against the Czech, being overall just a better player.

The head-2-head between the two are tied at 3-3 with an impressive total of 10 tie-breaks played in six matches. Considering the level expressed in Melbourne and the favourable conditions, Isner should be able to seal victory in four sets.

Another All-French battle for Monfils, who has already showed against Mahut not to be feeling the pressure of having to play against a compatriot. Gael should easily win in straight sets against Robert.