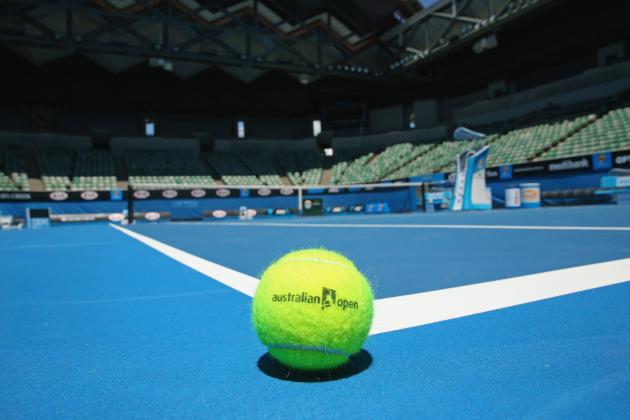 Our predictions for the matches played on the most important courts in day two at the Australian Open. Venus Williams faces a threat, there should be room for great moments of tennis.

In Bold the player we believe will win the match today at the Australian Open.

Garbine could lose a set considering how she might be a little rusty, but it is very unlikely she will lose in the first round.

Venus appeared far from her best in the first tournament she has played this season in Auckland. Konta is someone who likes big stages and has already shined in New York. This could be an upset.

Despite it is a re-match of the 2009 semi-final, we should feel happy if we were just to see glimpses of those rallies. Nadal should win easily.

Lleyton Hewitt will live at least one more round if not more as a tennis player as he has the game to beat his compatriot and the will not to let it go yet.

The favourite for us on the women’s side. Victoria will win easily in straight sets.

Madison should be able to win easily, considering how Diyas has the game to let the American play hard and command the rallies. Considering a little bit of rust, Keys should win in two tight sets.

Match of the day on Margaret Court Arena. Zverev is one of the most promising talents in men’s tennis, but Murray should prove to be too consistent yet for the German. Hopefully Zverev will take a set to make the match more thrilling and push the quality as high as hoped.

Wolfe should manage to take the home advantage and win in three sets.

Not a tough test for Halep, who proved last week to be back in form. If nothing hurts, Simona should win in two.

A nice test for the 2014 winner in Melbourne, but definitively a test he will pass, if not in three sets in four because of the tension.

Playing home Groth should be able to use his serve to safely sale into the second round, maybe in four sets.

This should be an easy win for Pliskova, who has played well last week in Sydney.

Ana seemed lost at the start of this season. Lost enough to lose to World No. 459 Patterson? Well, let’s not exaggerate. After all she won a Slam and she is a former world No.1.

Tomic has decided to give up in Sydney to make sure he was ready for Melbourne and for his favourable draw. He should start his home campaign with a straight-set win.

Brisbane winner Raonic should use the confidence he gained beating Federer to win in straight sets spending less than 2 hours on court.

A threat for Jankovic, who tends to be quite inconsistent in majors now. She should still manage to win, but in three sets.

Another very interesting matchup. Isner is the favourite, but faces tough competition against the former Wimbledon semi-finalist. Jerzy is yet to play a match this year, which will not help him against Isner. Expect at least two tie-breaks, possibly one set win for Janowicz.

Kerber should win in straight sets.

Another interesting match will be played on court 8 between Fabio Fognini and Gilles Muller. The Italian should win, but this could be a 5-set tight battle.