Kuala Lumpur kicks off the final Asian tour of the season, as players prepare for the Shanghai Masters next month.

David Ferrer is the top seed, and the thirty-three year old is seeking to earn his place in the ATP World Tour Finals once again. He played in last year’s tournament as an alternate, but is currently in position to qualify. He will open against Radek Stepanek or a qualifier in the second round, enjoying a bye in the first.

Other potential challengers for the title include Nick Kyrgios. The twenty year old, who recently confirmed his inclusion in the Kooyong Classic for next season, still have plenty of opportunities to do well this.

Another star name is fourth seeded Bulgarian Grigor Dimitrov, who is looking add a positive note to 2015 after an underwhelming campaign to date. He will also start in the second round against either last week’s St Petersburg runner-up Joao Sousa, or a qualifier.

The most highly anticipated round one encounter is the clash between former Grand Slam quarter-finalist Nicolas Almagro and former Australian Open finalist Marcos Baghdatis. Almagro has done well to regain his top 100 ranking after a lengthy spell out with injury saw him slide outside the top 150 for a time. Baghdatis is, as always, the most unpredictable opponent. He reached the finals of Atlanta, but has won just once since then, against Ernests Gulbis in St Petersburg. Given Baghdatis’ recent poor record, Almagro has to be considered the favourite. Having dropped down to the challenger circuit, Almagro has gained some much needed match time, winning a challenger in Italy, before rejoining the ATP World Tour in Kuala Lumpur.

Other first round ties include Alexander Zverev against Jeremy Chardy, and Sam Groth taking on Benjamin Becker.

Eugenie Bouchard’s Troubles: How long can a concussion affect a player?

After triumphing in Paris for the second time in his career, the Serbian has rewritten the tennis history books once again. 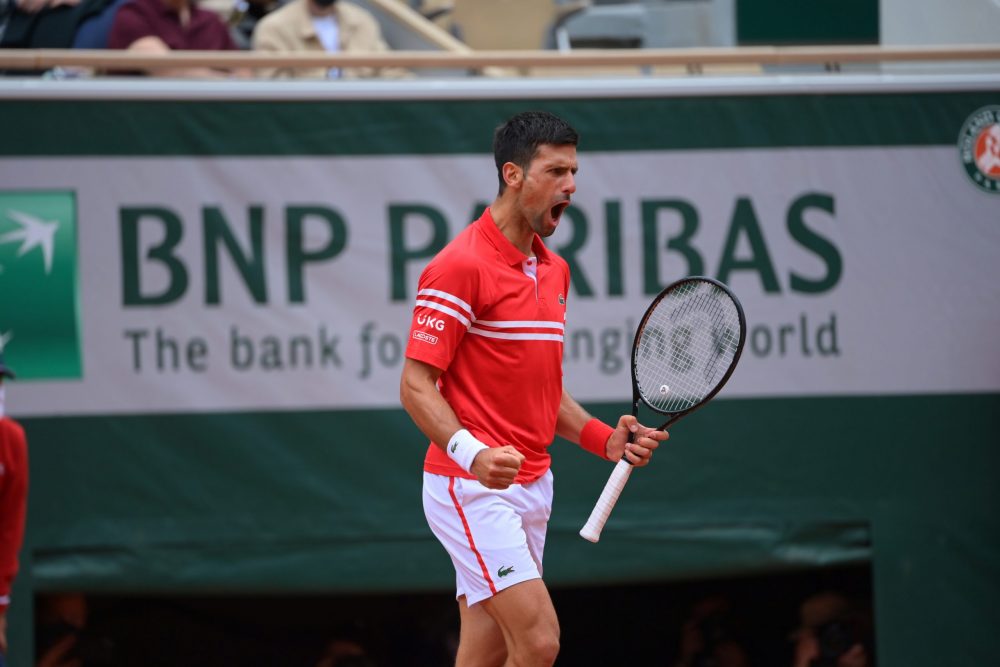 Novak Djokovic is once again the French Open champion after fighting back and outlasting a bitterly disappointed Stefanos Tsitsipas.

The latest milestone achieved by the Serbian has moved him closer to his ultimate goal of breaking the all-time record for most major titles won by a player on the ATP Tour. Although he has also achieved a series of other accomplishments following his latest triumph in Paris. Below is a summary of how Djokovic’s most recent win will fit into history.

Due to French law Roland Garros had to remove spectators from the venue at 11pm which angered many fans in the crowd. 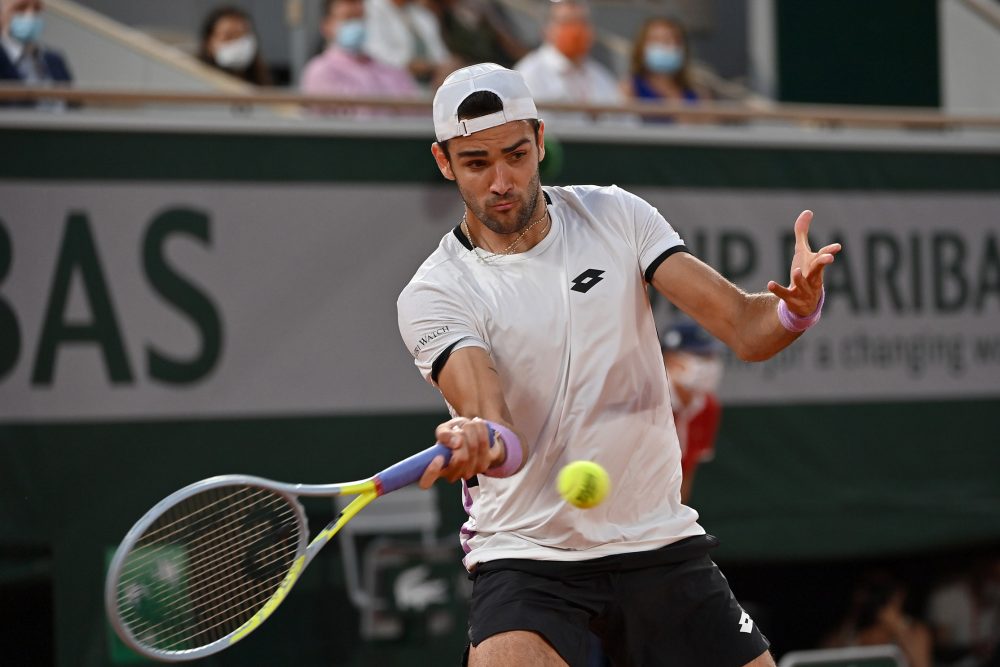 Italy’s Matteo Berrettini said the pause in his match against Novak Djokovic at the French Open disrupted his momentum and hopes situations like this will ‘end soon.’

The world No.9 was taking on Novak Djokovic in the quarter-final in Paris on Wednesday evening. Trailing by two sets, Berrettini clinched the third in a tiebreaker as he was cheered on by the crowd. However, the atmosphere took a dramatic change during the fourth frame with fans having to be removed from the venue. Due to the COVID-19 pandemic, France has a 11pm curfew in place which means any tennis matches after this time have to be held behind close doors.

The decision to stop the match at 11pm (when spectators were already breaking curfew) infuriated many with a series of booing coming from the stands. It is unclear as to why organisers didn’t evacuate the arena after the third set, which was 30 minutes before the curfew came into place.

“I’ll tell the truth. I think it’s a shame. It’s something that I didn’t like,” Berrettini commented on the situation afterwards. “But it’s (the law) bigger than us.
“It’s not that you can do something about it. You have to adjust. Hopefully this COVID and these bad situations are going to end soon. It’s not the worst thing that happened in the last year.”

The 25-year-old says the pause to the proceedings had a negative impact on his physicality, but didn’t go into the specifics as to why.

“I was feeling the momentum. I was playing good. Stopping wasn’t the best thing I think for my tennis, but I had to take it,” he continues. “Also physically I think didn’t help me. I got back on court and I wasn’t feeling great.
“But again, tennis players always say they have to adjust to everything. Next time I’m going to try to be better.”

Unlike his rival, Djokovic says the break was a blessing in disguise for him as he sealed a place in his 40th major semi-final. Becoming only the second player in history to reach that milestone after Roger Federer. He ended up winning the match 6-3, 6-2, 6-7(5), 7-5 after converting his third match point.

“I didn’t mind actually leaving the court because I felt like I needed a little bit of a break and reset,” he said. “It’s unfortunate for the tournament, for the crowd, to have that curfew. But we knew it before the match.”

Despite losing, Berrettini has still made history at the tournament. He has become the first Italian man in history to have reached the fourth round of all four Grand Slam tournaments.

After being taken to five sets in his previous match against Lorenzo Musetti, Djokovic was in fierce form throughout his latest encounter at Roland Garros. 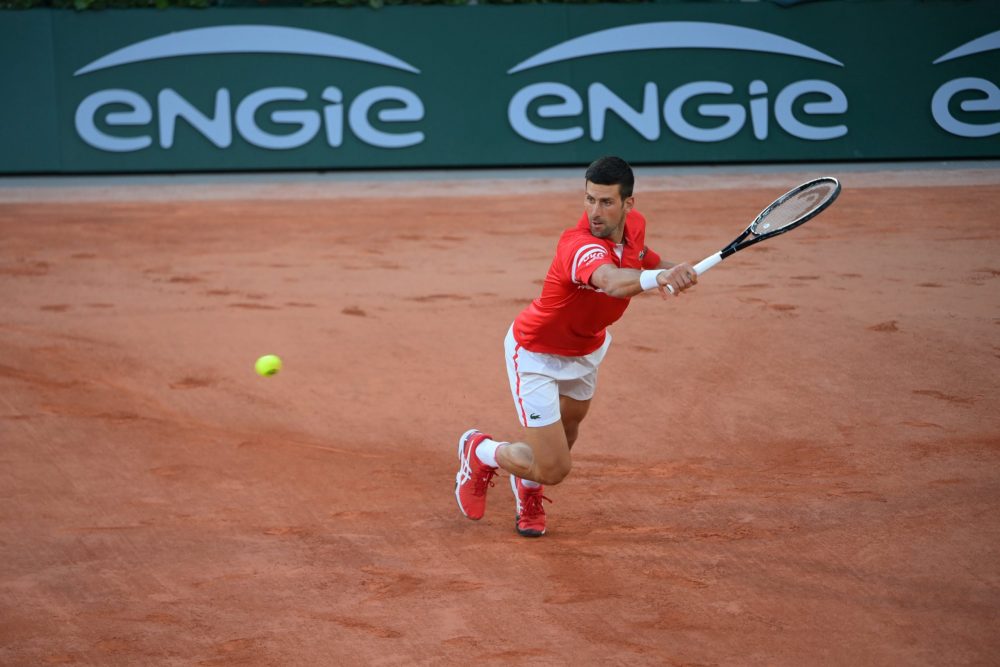 Top seed Novak Djokovic battled his way into the last four of the French Open after overcoming some stern resistance from Italy’s Matteo Berrettini.

The world No.1 produced some emphatic defensive skills throughout his roller-coaster 6-3, 6-2, 6-7(5), 7-5, win on Court Philippe Chatrier. Against the world No.9 he blasted 44 winners and broke four times en route to winning his 79th match at Roland Garros. The latest win has also secured another historic milestone for Djokovic with him being only the second man in the Open Era to have reached a 40th Grand Slam semi-final after Roger Federer.

“He was playing some really powerful tennis. Especially in the third and fourth he served tremendously strong and precise. It was just very difficult to read his serve and play someone like him,” Djokovic commented on Berrettini’s performance.

Although the talking point quarter-final concerned the controversial decision by organisers to start the match at 8pm local time which allowed just a three-hour gap before Paris went into curfew. Five games after Berrettini clinched the third set, fans were left furious after being evicted from the venue with players being taken off the court. Even more baffling was the decision by organisers to halt proceedings at 11pm when those attending had already broke curfew instead of stopping it 30 minutes or so before.

“I didn’t mind actually leaving the court because I felt like I needed a little bit of a break and reset,” said Djokovic. “It’s unfortunate for the tournament and for the crowd to have that curfew. But we knew before the match. Referee came up to us and said, If it comes close to 11:00, we’ll have to empty the stadium. That’s what happened.’
“I’m happy that I had that experience of playing in front of the crowd in the night session.” He added.

The Wednesday night showdown was a historic occasion at the French Open with it being the first time a night session had been played in front of a crowd following a relaxation of national restrictions on the same day. Taking to the court Djokovic looked determined from the onset as Berrettini provided him with plenty of challenges early on. In both of his opening service games the world No.1 fended off break points as he tamed a series of thunderous shots from the Italian with some sublime defensive play. Djokovic secured his first breakthrough four games in after a Berrettini forehand drifted wide which enabled him to break for a 3-1 lead. That single break was enough of a margin for him to close out the set, which he did with a love service game.

Gaining momentum, the 18-time Grand Slam champion continued to apply the pressure in the second frame as he won eight consecutive points behind his serve. Berrettini, who had the support of an animated crowd, was unable to find any answers. The former champion surged to a 5-2 lead with the help of a double break. Serving for a two-set lead, he sealed it with a forehand shot which prompted an unforced error from his rival.

It looked as if Djokovic was on course for a straight sets triumph but a resurgent Berrettini had other ideas. Edged on by an highly animated crowd, the Italian rediscovered the power of his serve as he matched him game-by-game until a nerve-stricken tiebreaker. Djokovic moved to just two points from victory with two serves at his disposal. However, a tight backhand crashed into the net handed Berrettini set point, which he converted with a blistering forehand down the line. Prompting an almighty roar from him.

The tussle between the two caused a headache for officials. The fourth frame started 30 minutes before the curfew was imposed, meaning fans would have to evacuate the venue before the match finished. Eventually the match was halted amid booing and jeering from fans angry they had to leave in what was one of the most unusual situations to ever occur at the tournament.

Returning to the court in almost silence after a 20-minute delay, both players continued to valiantly battle. A nasty fall failed to deter the Serbian as he edged closer towards the finish line. Leading 6-5 he had his first match point but failed to convert due to a Berrettini serve out wide. Then on his second failed attempt a furious Djokovic screamed at his team out of frustration and then kicked one of the boards at the side of the court. Two points after that mini meltdown he prevailed with the help of a Berrettini shot going into the net.

Djokovic will next lock horns with nemesis Rafael Nadal for a place in the final. The Spaniard has won more matches at Roland Garros than any other player in history and is bidding to win the men’s title for a record 14th time. He narrowly leads their head-to-head 29-28 but lost their most recent clash at the Italian Open earlier this year.

“The quality and the level of tennis that I’ve been playing in the last three, four weeks on clay – Rome, Belgrade and here – is giving me good sensations and feelings ahead of that match. I’m confident. I believe I can win, otherwise I wouldn’t be here,” he said.

It is the 11th time in Djokovic’s career that he has reached the semi-finals of the French Open.