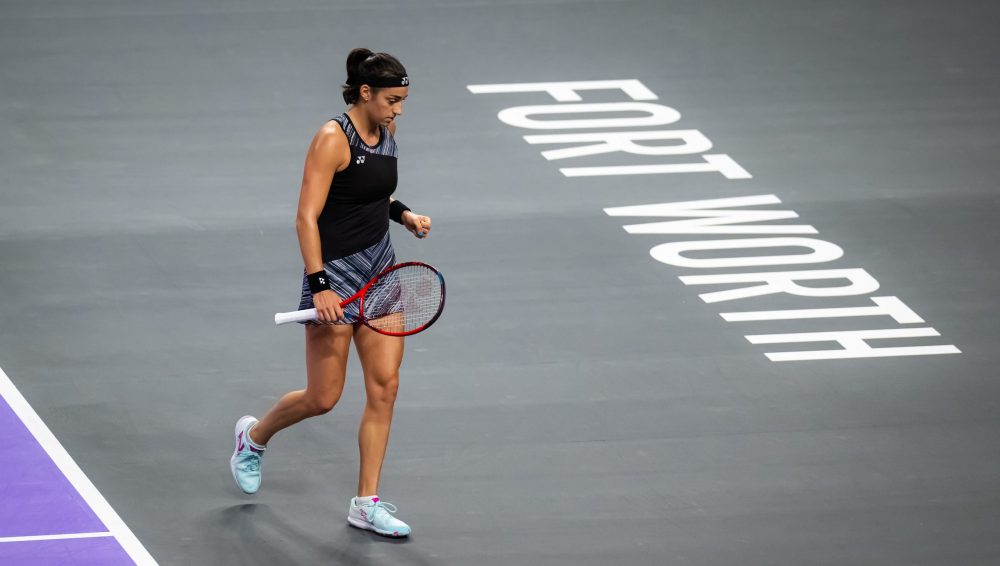 Comeback kid Caroline Garcia has ended what has been a remarkable season on a high by becoming only the second Frenchwoman to win the WTA Finals.

The world No.6 edged her way past the heavy-hitting Aryna Sabalenka 7-6(6), 6-4, in what was a tense encounter. Sabalenka entered the match having become only the third woman since 2000 to beat all of the world’s top three players in the same tournament. Nevertheless, it was Garcia who had the edge in the final with the help of 24 winners and 11 aces.

“It’s been a crazy, crazy final. A lot of intensity on every single point from the first. I’m just really proud of the work we (my team) did throughout the year and this great match. I really went for it and I’m really, really happy to have won my biggest title.” Said the new champion.
“I really tried to fight on every single point. And sometimes she gave me a few, few points here and there and it made the difference at the end.” She added.

Garcia, who was two points away from getting knocked out of the group stages, has become only the fourth woman in history to have won the season-ending title after turning 29. She has now achieved eight wins over a top-10 player this season which is a career-best for her.

The triumph is a remarkable outcome for Garcia who back in June was ranked outside the world’s top 70 and hadn’t contested a Tour final for three years. Within the past six months, she became the only WTA player this year to have won titles on three different surfaces and reached the US Open semi-finals.

Part of Garcia’s resurgence has been due to a change in her mentality. She joked earlier this year that she plays best when she shut up and is not so animated on the court.

“It was pretty obvious every time when I was starting to talk, complain and say ridiculous things on court, it was not really going my way. I was losing a lot of energy,” she explained.
“I was losing focus. And every single time when things were not easy or not going my way, but I was able to not say a word and really focus on the next point, I made some great comebacks.”

Runner-up Sabalenka can also draw positives from her time in Fort Worth despite missing out on the title. Until the tournament, she had only defeated two top-10 players this season on the Tour. The Belarussian has scored wins over Iga Swiatek, Ons Jabeur and Jessica Pegula earlier in the tournament.

“I think this week was really positive for me. A lot of good things happened this week. It was a very tough loss but I did my best,” said Sabalenka. “She played unbelievable tennis. So I’m disappointed with this loss but it happens and I think I’m on the right path.”
“I just dropped my level a little bit. On the tiebreak and in the first game of the second set, and that’s it. Those were the key moments, I dropped my level, that’s it.”

Garcia is the first Frenchwoman to win the WTA Finals since Amelie Mauresmo in 2005 and the first to end a season in the year-end top-five since 2006. She closes out 2022 with 43 wins against 20 losses.