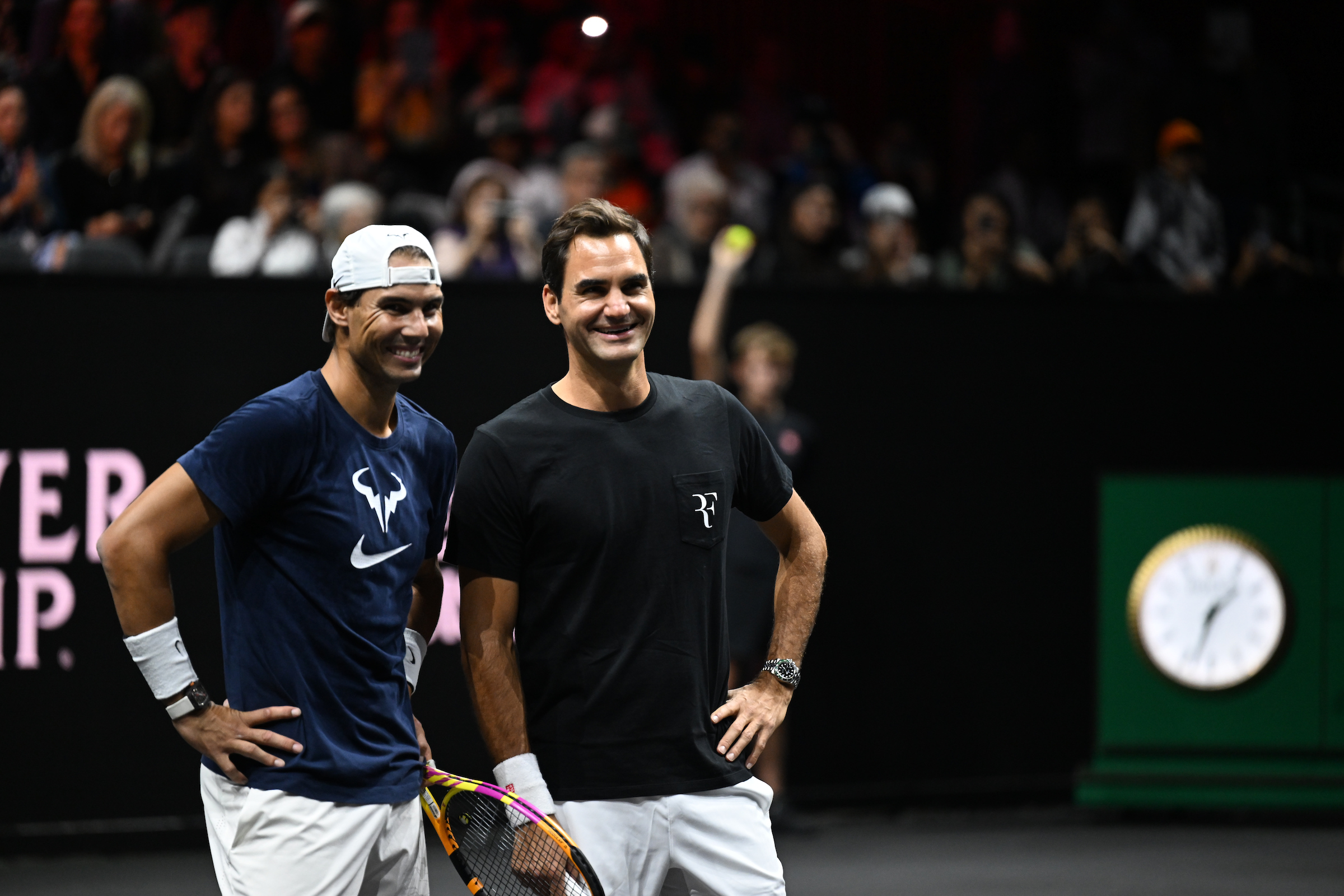 On Friday in London, the 2022 Laver Cup gets underway, while Roger Federer’s remarkable career comes to an end.  24 years after his professional debut, Federer will end his career on Friday night in doubles.  Unable to play singles due to his injured knee, Roger will fittingly team with his storied rival and good friend, Rafael Nadal.

Team Europe has won all four editions of the Laver Cup to date.  This year, their team is stacked, featuring “The Big Three,” plus Andy Murray and three top 15 players (Stefanos Tsitsipas, Casper Ruud, and Matteo Berrettini).  Team World is headlined by four top 20 players (Taylor Fritz, Felix Auger-Aliassime, Diego Schwartzman, and Frances Tiafoe).  Can Team World finally earn their first victory in what continually feels like a lopsided event?

Each day, this preview will look at all four scheduled matches, while taking an extended look at the most notable match of the day.  Friday’s day session gets underway in London at 1:00pm local time, and the night session at 7:00pm.

Less than two weeks ago, Ruud lost the US Open final in four sets to Carlos Alcaraz, Casper’s second Major final of the season.  He’s 45-16 on the year, and will be a considerable favorite against Sock, who is now ranked outside the top 100 in singles and has spent much of this season playing Challenger events.  Jack is mostly a part of Team World due to his doubles prowess.  However, his best career result in singles did come on an indoor hard court, when he won the Paris Masters in 2017.  This is their first career meeting.

Tsitsipas is coming off a first-round loss at the US Open.  He is now 47-17 in 2022, and is 3-2 against Schwartzman.  They’ve played three times this season, with Stefanos winning two of three, including just last month in Cincinnati.  Diego has underperformed this year compared to his usual high standard, with a record of only 9-8 on hard courts.

Murray is 26-16 this season, compared to de Minaur’s record of 39-20.  And the Australian claimed their only previous meeting, three years ago on a hard court in Zhuhai.  This is the Laver Cup debut for both men.  In front of a sold out crowd in London, it’s hard not to consider Andy the favorite.

The last match of Federer’s career will be his first in 14 months, when a hobbled Roger lost to Hubi Hurkacz in the quarterfinals of Wimbledon.  Despite multiple surgeries and over a year of rehabilitating his knee, it has not fully recovered, forcing Federer to retire from the sport.  This will be Roger’s first doubles match since this event in 2019.  He is 2-3 lifetime in Laver Cup doubles.

One of those matches was with Nadal as his partner, as they defeated Jack Sock and Sam Querrey in 2017.  Sock and Tiafoe are a new partnership, though both Americans play doubles quite frequently.  Of course the big question here is the condition of Roger’s knee, and how it will hold up across a few sets of doubles competition.  But in front of a packed O2 Arena that will be passionately willing the 41-year-old to victory, and with another all-time great as his partner, I’m picking Roger Federer to win the last match of his career.  I may be picking with my heart, though I’m good with that on this day.

‘Sad’ Novak Djokovic At Peace With Missing US Open