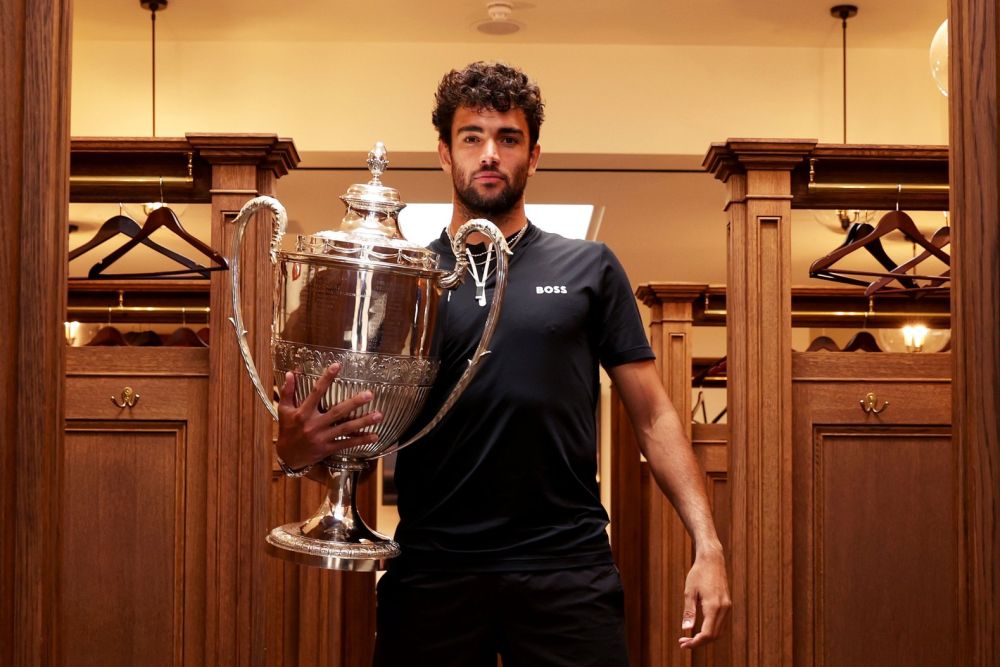 It also secured back-to-back titles after last weekend’s title run in Stuttgart made it a perfect start to the grass court season for the Italian.

All of which went on to become world number one.

And possibly Berrettini could yet do the same.

In the opening set, both players started well, holding serve, with no sign of nerves.

It was the Italian though that broke first, but the Serbian confidently got the break back.

At three-all the match went back on serve.

But Berrettini turned the screw at five games all as he pounced on a loose game from Krajinović.

It proved costly as the world number 10 made no mistake in wrapping up the opening set 7-5.

The second set began on serve until the Italian giant got the break to move 3-2 ahead.

He never looked back shaking off some scoreboard pressure at times from Krajinović to seal another impressive win.

Berrettini hasn’t lost a match since Indian Wells and has built up a nine-match unbeaten run-on grass.

In this kind of form, it looks like he will take some stopping.

Berrettini is once again the King of Queen’s and the King on Grass by the looks of it.

Krajinović was no match for the Italian and now major questions will be asked as to whether the Queen’s winner can now go on to win Wimbledon.

He came very close last year and told me at Friday’s press conference he feels he is getting closer and closer to beating Novak Djokovic.

On this evidence, it would be difficult to argue against it.