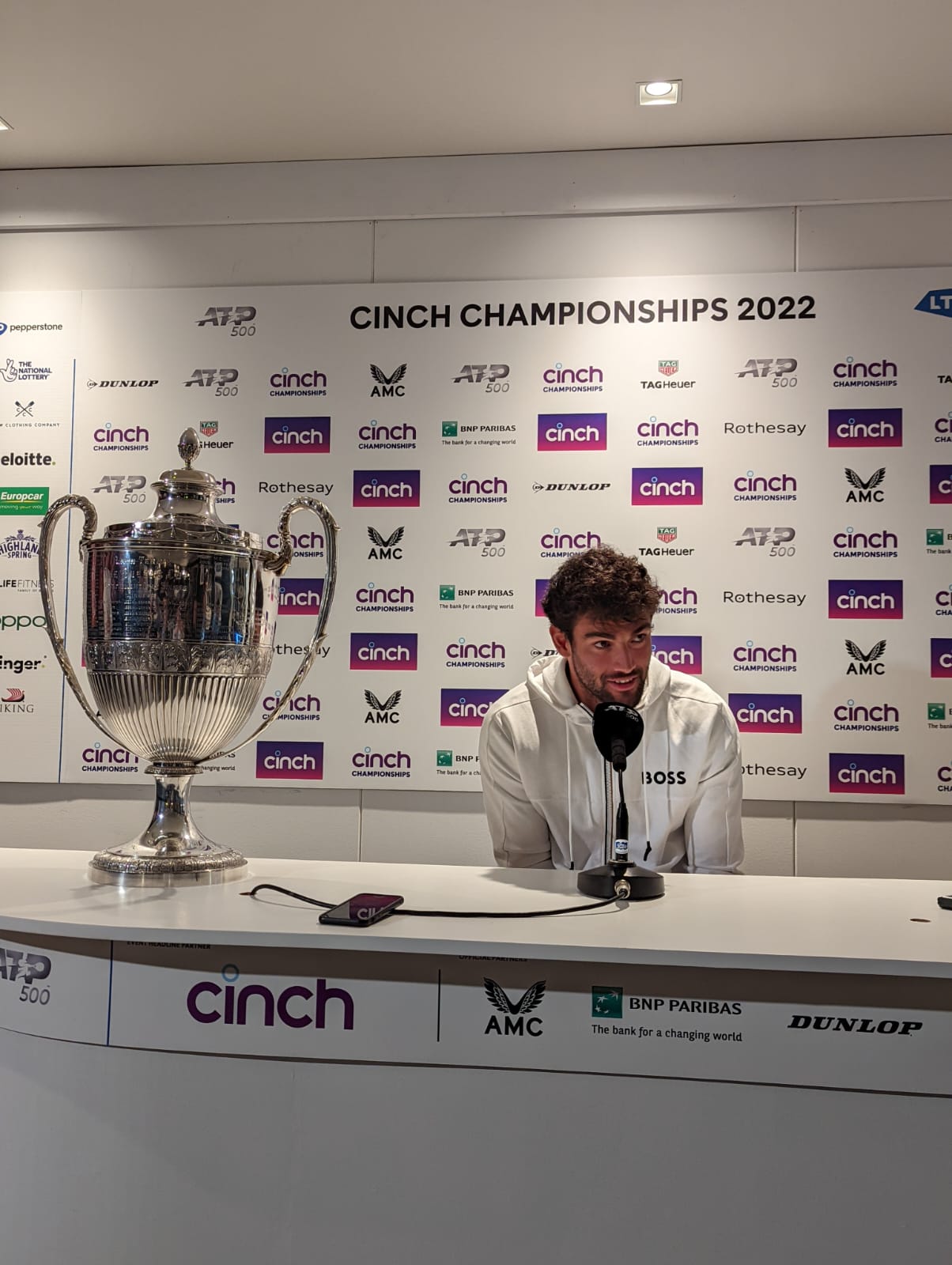 Italy’s Matteo Berrettini sweeped to another Queen’s title and his second tournament victory in the space of a week.

He has been installed by the bookies as the second favourite to win Wimbledon, but surely on this form he is in the driving seat now.

At 26, in contrast to Novak Djokovic at 35, it does appear time is on the Italian’s side and that he could win at least one Wimbledon title and potentially more.

After beating Filip Krajinović rather comfortably in the final, 7-5, 6-4, I spoke to Matteo.

Do you think we the media hype you up a lot about winning Wimbledon or can you see why we think you’re good enough to win it?’

“I really think, and hope, that most of you guys have been watching tennis!

“It’s a long time, but last year actually when I won here you guys told me the bookies are saying you’re the second favourite for Wimbledon, and I said WHAT!

“So, you guys thought about it before me and so I trust you in a way.

“Of course, coming back from injury it wasn’t easy to predict this. But now I’ve won two tournaments in a row and played the Wimbledon final last year.

“A lot of players can win. Rafa (Nadal) wasn’t there and this year he will be there.

“Hubie (Hubert) Hurkacz won (Halle) today and I played him in semis (Wimbledon) last year. He likes grass a lot too.

“But for sure I feel confident that I can win it and I don’t feel it’s too much hype. No way, no.”

In the spirit of our founder at UBITENNIS, Ubaldo Scannagata, another journalist said to Matteo that winning two tournaments in a row would be as you say: ‘Not too bad!’

And Matteo had this to say:

“I feel really happy. I feel when you dream of something, you think how great it would be for it to happen.

“To win Stuttgart and Queen’s. I’m struggling to believe and figure out what is happening.

“I might need some days off before Wimbledon,” he said.

“Of course, it’s about the win but it’s also about the effort that I put in in order to come back.

“There were tough times where I didn’t believe I could come back.

Having spent three months off the tour following Indian Wells, Berrettini missed the clay-court season and returned on grass in Stuttgart.

He was immediately successful in his transition to the surface, despite his previous injury issues.

“I actually thought: what if my technique has changed because of the surgery on my hand?

“What if my serve doesn’t work as well as it used too?

“I am just truly happy and proud of my team for helping me through these times.

And finally. Our very own Italian journalist Paolo De Loreto for the Italian UBITENNIS asked Matteo if there was still room for improvement.

“Yes, I really think there is. My level of tennis is getting higher and higher the more I play.