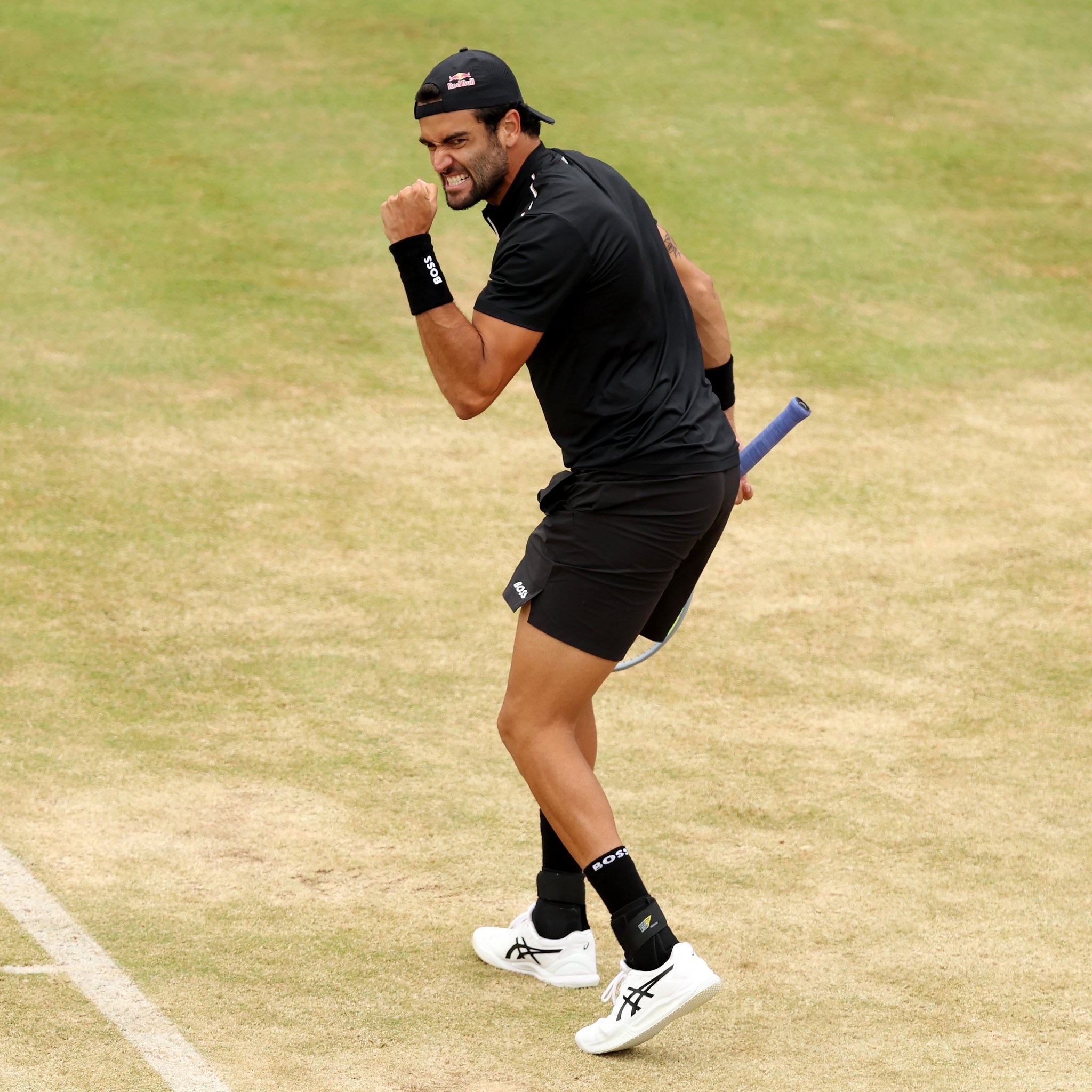 He is only the fourth active player, after Roger Federer, Andy Murray and Novak Djokovic to achieve such a feat.

Berrettini started well but finally made the decisive breakthrough in game six of the opening set.

A moment of weakness saw Berrettini blink when serving for the set at 5-3 as he surrendered the break.

But in the following game, the Italian broke the Dutchman to seize the opening set.

The second set began on serve but a rain interruption at 3-2 to Berrettini and 30-40 up with break point for the Italian, halting his momentum.

On resumption, the defending champion immediately took his chance and made no mistake in seeing out the match.

His opponent in Sunday’s final will be Filip Krajinović who stunned two-time champion Marin Cilic in straight sets.

At two all in the opening set it looked like Cilic would go through the gears and showcase the grass court tennis he has long been known for.

But Krajinović, a clay-court specialist by his own admissions was the one to break and move ahead in the match.

At 5-3 down, Cilic again produced some uncharacteristic errors on serve as he surrendered the opening set.

At the beginning of the second set, the Croatian squandered five break points which proved costly.

In the fourth game of the set, Krajinović broke and then held serve to accelerate into a commanding 4-1 lead.

Cilic gallantly saved two match points but it wasn’t enough as the Serb made it through to his first grass-court final.

A win for Berrettini was pretty much expected by the Queen’s and media faithful alike.

However, I chatted to other journalists ahead of the Krajinović – Cilic semi-final, and all were unanimous that this match had the Croatian winning written all over it.

I did have a gut-feeling, as I said to them, that the Serb might actually pull off an upset as the underdog.

And, so it proved.

Having won no grass court matches prior to this week, with a 4-0 loss record.

It is unthinkable that Krajinović has now won four on the spin on the surface.

He is into his fourth ATP Tour final and still looking to win his first.

After breaking British hearts by beating Ryan Peniston and defeating crowd favourite Cilic, it is not beyond the power of reason that a third upset in as many days could be on the horizon.