Iga Swiatek Hits With A Purpose To Glory - UBITENNIS 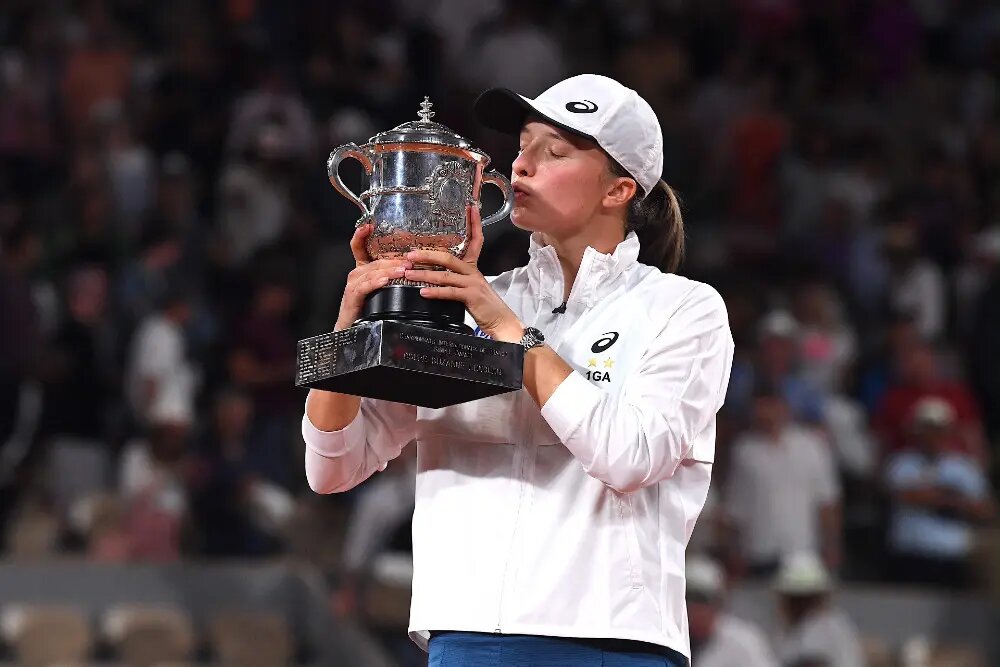 The 21-year-old Polish Wonder hits with a purpose. Unlike many of her counterparts in the world of professional tennis, Swiatek doesn’t try to overpower her opponents. She just outplays them with finesse and control.

No one in tennis turns a tennis ball around as quickly as Swiatek. She goes from defense to offense almost instantly. As her opponents follow through on their shots, Iga already has her return on its way.

That’s her secret weapon: the time it takes to transition from defense to offense. Swiatek   simply takes over the point. It’s almost complete domination with a somewhat slender 5-9 young woman in charge. Swiatek just turned 21 less than a week earlier.

With this weapon, Swiatek has won 35 straight matches, capped off by her one-sided 6-1, 6-3 victory over young Coco Gauff in Saturday’s French Open women’s singles final.

Yes, it was complete domination, really no contest. It took just over an hour.

The first two games of the second set were the only times Gauff appeared to escape Swiatek’s dominant play.

Gauff would hit a sizzling ground stroke to one side of the court, and before she could recover from making contact Iga had her return headed in a different direction for an outright winner.

While Coco was brilliantly quick racing from one side of the court to the other, that strategy was no match for Swiatek’s quick turnaround of shots.

It’s almost as if Swiatek is just practicing and she’s the only person on the court as she converts opponents’ power into precisely placed winners.

Coco over-hit her forehand badly as her shots sailed long or often ended up in the bottom of the net. Nerves obviously came into play due to Gauff’s youthfulness. The final was the 18-year-old Gauff’s first test against a top 30 player in this French Open. She wasn’t ready to go against the world’s No. 1 player. Of course, Swiatek also won this Grand Slam two years ago.

RAFA MAY HAVE COMPETITION

Swiatek’s idol, Rafa Nadal, may have some competition now for setting records at Roland Garros. Of course, Rafa will be going for his 14th French title and 22nd Grand Slam title on Sunday against Casper Ruud of Norway.

Nadal just happened to drop by the workout room to wish Swiatek well in her final.

With two French Open singles titles in less than 20 months, Swiatek is quickly becoming like Rafa as a crowd favorite on Court Philippe Chatrier.