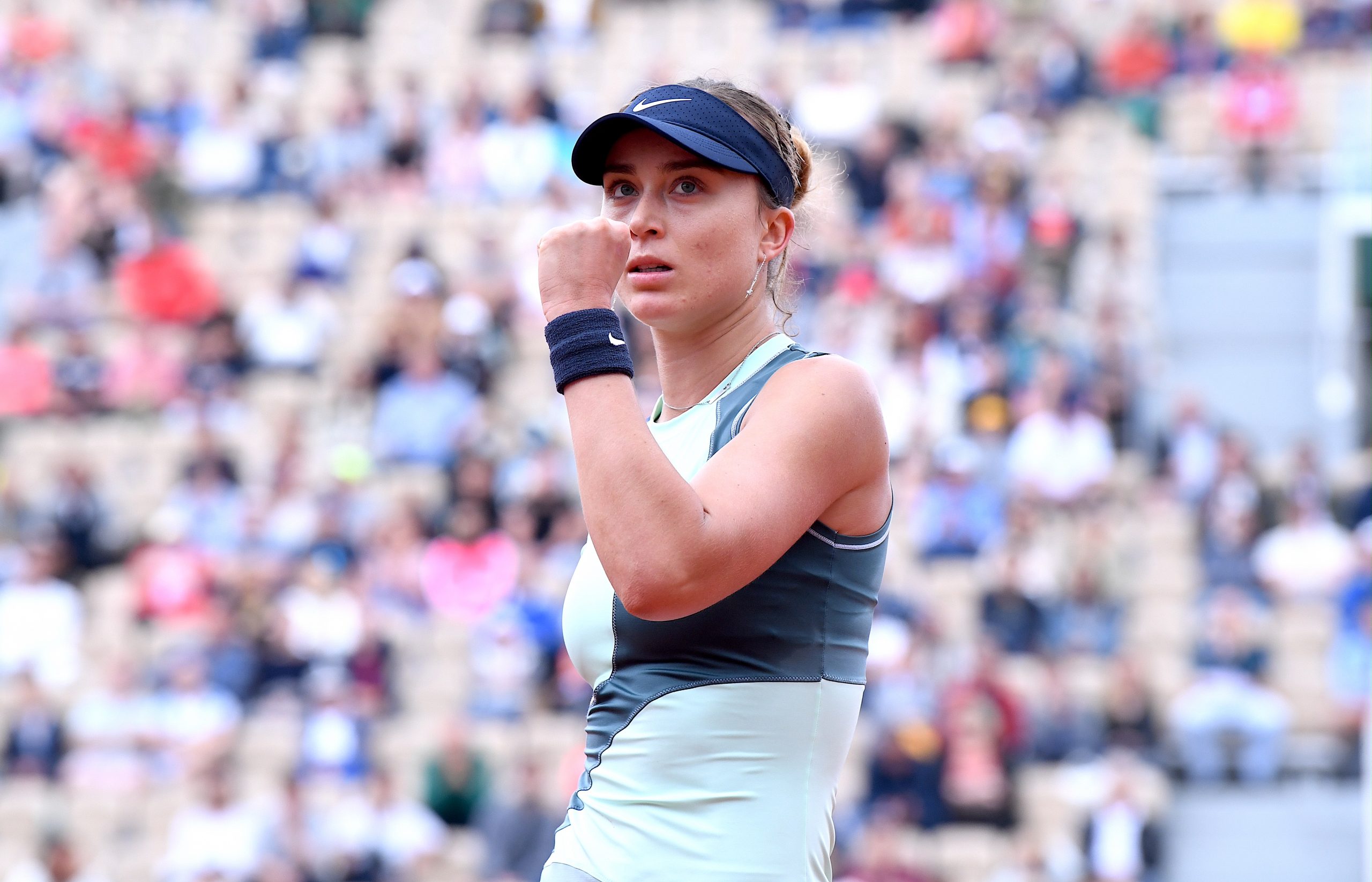 Paula Badosa survived a scare from Strasbourg finalist Kaja Juvan to win 7-5 3-6 6-2 and reach the third round.

Third seed Badosa had already seen defending champion Barbora Krejcikova and last year’s semi-finalist Maria Sakkari exit the tournament and was determined not to be the third top four seed to leave the tournament.

However standing in her way was talented Slovenian and Strasbourg finalist Kaja Juvan who has been rapidly improving over the last year.

Badosa took the early advantage with some clean ball-striking and effective point construction as she broke in the opening game.

The third seed would go up a double break at 5-2 but Juvan remained undeterred and lapses of concentration from the Spaniard saw the Slovenian level the set at 5-5.

However Badosa composed herself to capture the last two games and with it the opening set.

Juvan played a consistent match though and used her confidence built from the last few weeks to continue causing the third seed problems.

A break in the sixth game would be the crucial break from the world number 68 as she converted her fifth set point to close out the set.

However despite being broke in the opening game, Badosa came through to break three times as her mental resolve paid off and secured a place in the last 32.

After the match Badosa admitted today’s victory meant a lot and that the level on the tour is high, “I mean, these kind of matches give you a lot of confidence that I’m already like competitive again, fighting until the last point,” Badosa said.

“That’s very important for me, because maybe I was struggling a little bit on that. Sometimes I don’t want to complain or be that emotional on court, but sometimes I need it to give everything and to push myself. Yeah, today I think I was back on that competitive spirit, and I’m very happy about that.

“Today I had to fight a lot to win the match. I think the level is very high right now and you can lose against anyone. There are surprises but they don’t surprise me because I’m on tour so I know what you can find on court. Yeah, there has been a lot of surprises.”

Badosa will now play 29th seed Veronika Kudermetova in the third round as she looks to set-up a semi-final meeting with world number one Iga Swiatek.

In other results there was a three set win for Jessica Pegula over Anhelina Kalinina while Daria Kasatkina and Elena Rybakina also went through in straight sets.