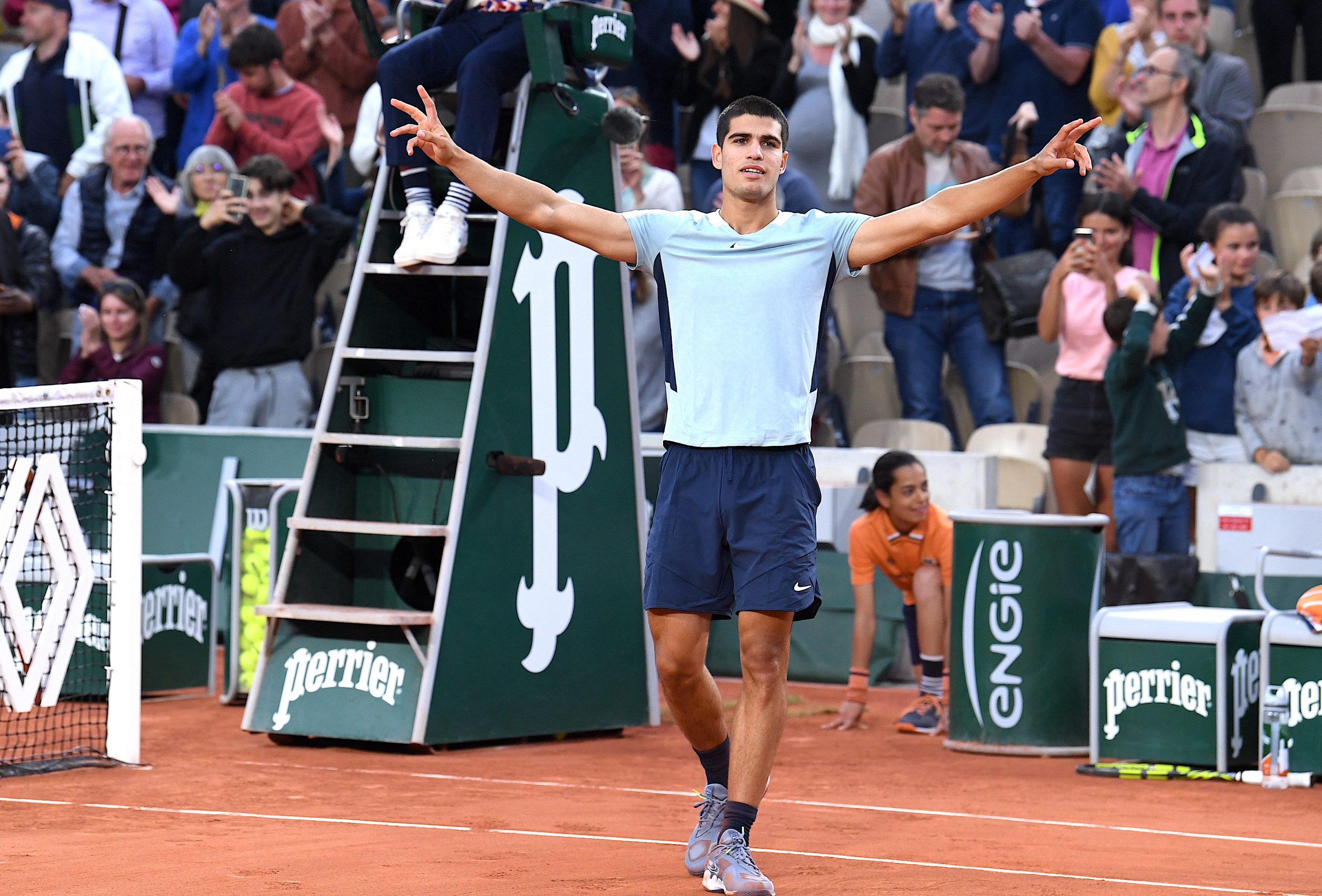 The Madrid champion was put through his paces in the four hour and 38 minute battle but came through in five gruelling sets.

Alcaraz saved match point and produced some mouth-watering tennis as he displayed his mental strength to remain at Roland Garros.

After the match the 19 year-old praised his mental and physical strength as well as his quick speed, “I’m still young, but I would say pretty experienced player now,” Alcaraz said.

“Well, I feel comfortable playing on big stadium, big matches, playing on Grand Slam. As I said, physically I’m strong. Mentally I’m strong, as well. I think I’m ready to play these kind of matches in these situations, these tournaments.

“Well, the movement is one thing that I work on it a lot. I think is so important to move well on court, on tennis in general it’s really important. I work hard on it, to move well. I don’t know. I don’t know the time, but I would say I’m fast.”

Alcaraz’s speed around the court was certainly impressive as he had to battle to victory to reach the third round.

The Spaniard also commented on the secret to his success and says that self-belief has a lot to do with it, “Believe in myself, and of course work hard every day,” Alcaraz admitted.

“You have to have a good goal, good dreams. Of course trying to follow your dream. Work hard every day. I think that’s the secret. I mean, I was break up at the beginning of the fourth.

Alcaraz will look to take that belief in with him for the rest of the tournament as he searches for a historic achievement.

Next for the Spaniard will be Sebastian Korda and this will be another tough match as Korda handed the Spaniard his last defeat in Monte-Carlo at the start of the clay court swing.