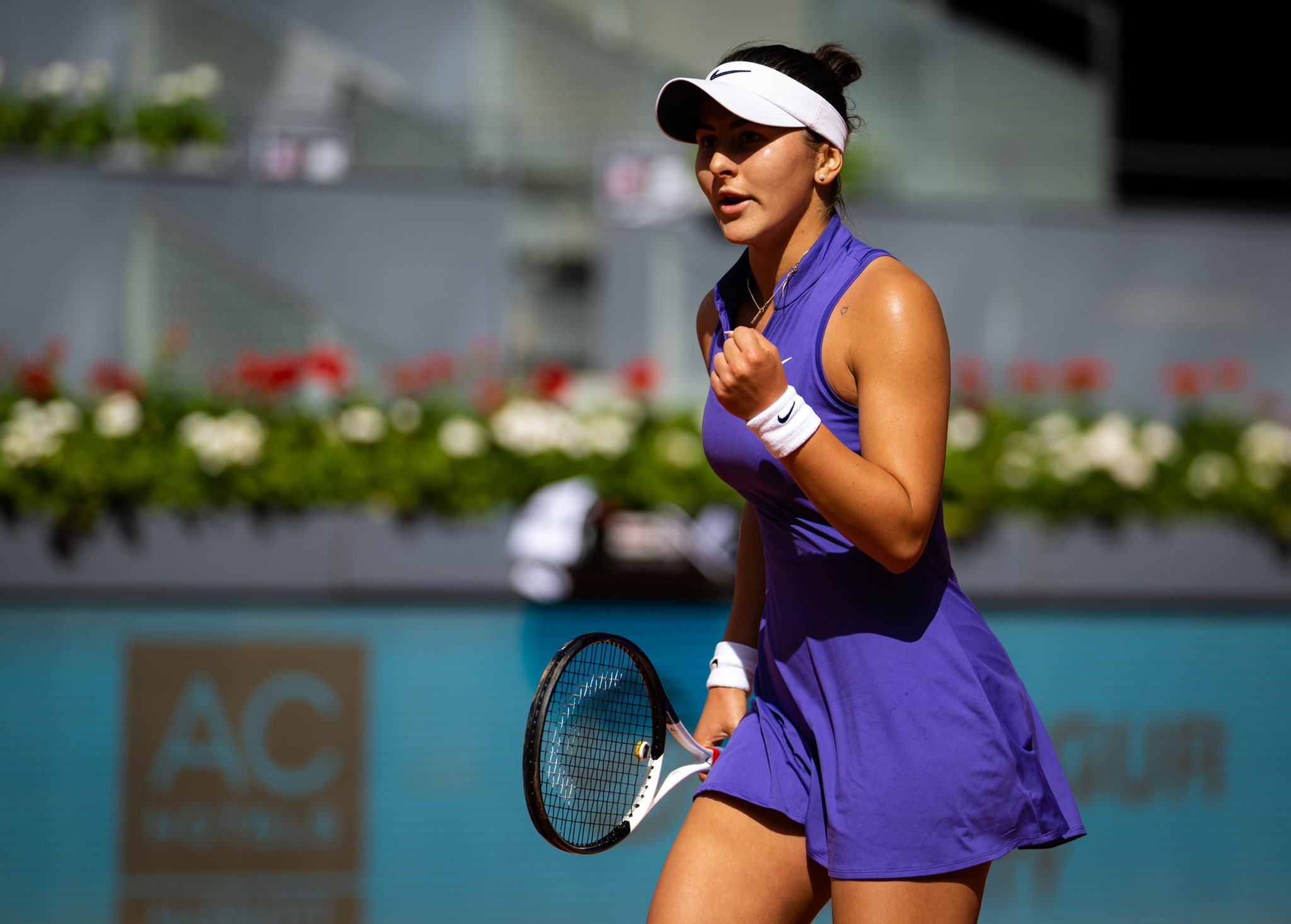 Bianca Andreescu will meet Emma Raducanu in a match that headlines a stacked top half of the draw in Rome.

The two former US Open champions will meet for the first time next week in the opening round in Rome.

Both players were knocked out in the third round in Rome and head into next week’s encounter with optimistic expectations.

Whoever wins that match could face another grand slam champion Naomi Osaka who faces Sara Sorribes Tormo in the opening round.

The projected third round opponent in this section is fifth seed Anett Kontaveit who takes on a qualifier or Karolina Muchova in her first match.

Kontaveit could face top seed and defending champion Iga Swiatek in the last eight with the Pole looking for her fifth consecutive title on the tour.

Swiatek will begin against either Shelby Rogers or Alison Riske and could face 16th seed Aryna Sabalenka in the last 16.

In the most intriguing matches of that quarter, Simona Halep will face Alize Cornet while Anhelina Kalinina faces Madison Keys.

Sabalenka will play either Shuai Zhang or Martina Trevisan in her opening match of the week.

In the third quarter Garbine Muguruza is projected to face Madrid finalist Ons Jabeur in the last 16.

Muguruza will begin against a qualifier while Jabeur takes on Sorana Cirstea in the first round.

Maria Sakkari is also in this section of the draw and the Greek star will take on Ekaterina Alexandrova or Sloane Stephens in her first match.

Finally last year’s finalist Karolina Pliskova awaits in the bottom quarter of the draw and she will face either Jasmine Paolini or Jil Teichmann in her first match.

A rematch of last year’s thrilling contest with Jelena Ostapenko could await in the last 16 which Pliskova won in a last set tiebreak.

Second seed Paula Badosa completes the draw with the Spaniard facing Veronika Kudermetova or a qualifier in her opening match.

Here is the full draw for this week’s event in Rome: