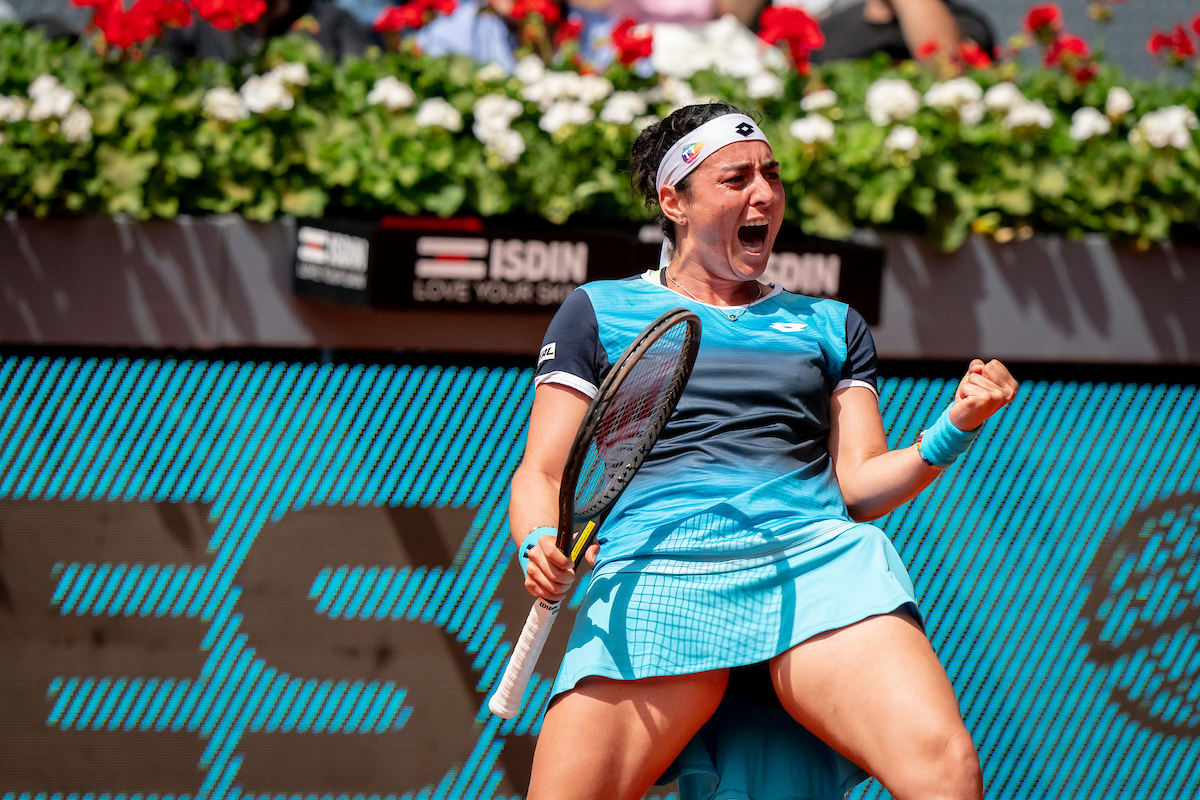 Tunisia’s Ons Jabeur has rewritten the history books by becoming the first Arab or African player to win a WTA 1000 title after ousting Jessica Pegula in a roller-coaster three-set battle at the Madrid Open.

The eighth seed overcame a mid-match blip to prevail 7-5, 0-6, 6-2, over the American world No.14 who would have broken into the world’s top 10 for the first time if she had won. Jabeur produced more than double the amount of winners than her opponent with a total of 29 compared to 14. She also broke Pegula five times and won 54% of her service points.

Jabeur’s triumph is the latest milestone she has achieved in her career. In recent months the 27-year-old has become the first player from her region to win a WTA title and crack the world’s top 10. She is also the first Arab woman to reach a Grand Slam quarter-final.

“I honestly still can’t believe it. I went through a roller coaster of emotions during the past few days, just after the semifinal. I was really stressed trying to breathe like a pregnant woman,” Jabeur told reporters in Madrid on Saturday.

After narrowingly missing out on winning the Charleston title last month, Jabeur was determined to make sure that history would not repeat itself. In recent days she has been working closely with her sports psychiatrist Maillard, as well as on her physical game.

“I really didn’t want to get disappointed again. I was doing a lot of work with Melanie. She was helping me a lot,” she said.
“I thought my heart was going out of my chest. Plus I was so impatient to go play, and for some reason, the match before us (Carlos Alcaraz against Novak Djokovic), it took longer than expected, so it didn’t help my patience.”
“I’m so glad that I came back from 6-0 because it was really tough. She was really good, putting a lot of pressure, playing a kind of game that I don’t like.”

In total Jabeur dropped just three sets in six matches played in the Spanish capital. Prior to Pegula, she also knocked out Simona Halep and Belinda Bencic. Bencic was the player who beat her in the Charleston final. She was the only top 10 seed to make it beyond the quarter-final stage of this year’s draw.

Madrid is only the second Tour title Jabeur has won after Birmingham last year. Although she has also settled for runner-up on four other occasions.

With the French Open set to get underway later this month, Jabeur already has another milestone in her sight. That is to break into the world’s top five for the first time. From Monday she will be ranked seventh on the WTA Tour but could receive a big boost should she perform well in Rome next week. A tournament she didn’t play last year.

“Conditions probably are different in Rome, so I have to be smart. I have to really take my opportunity because I don’t have any defending points and I’m going there,” Jabeur explains.
“I’m going to do my best to go as far as I can in this tournament and of course prepare for the biggest challenge, the French Open.”

Jabeur will play Sorana Cîrstea in the first round of the Italian Open.

WTA Rankings: Ons Jabeur Is Back To No.7 As Pegula Moves Closer To Breaking Into Top 10