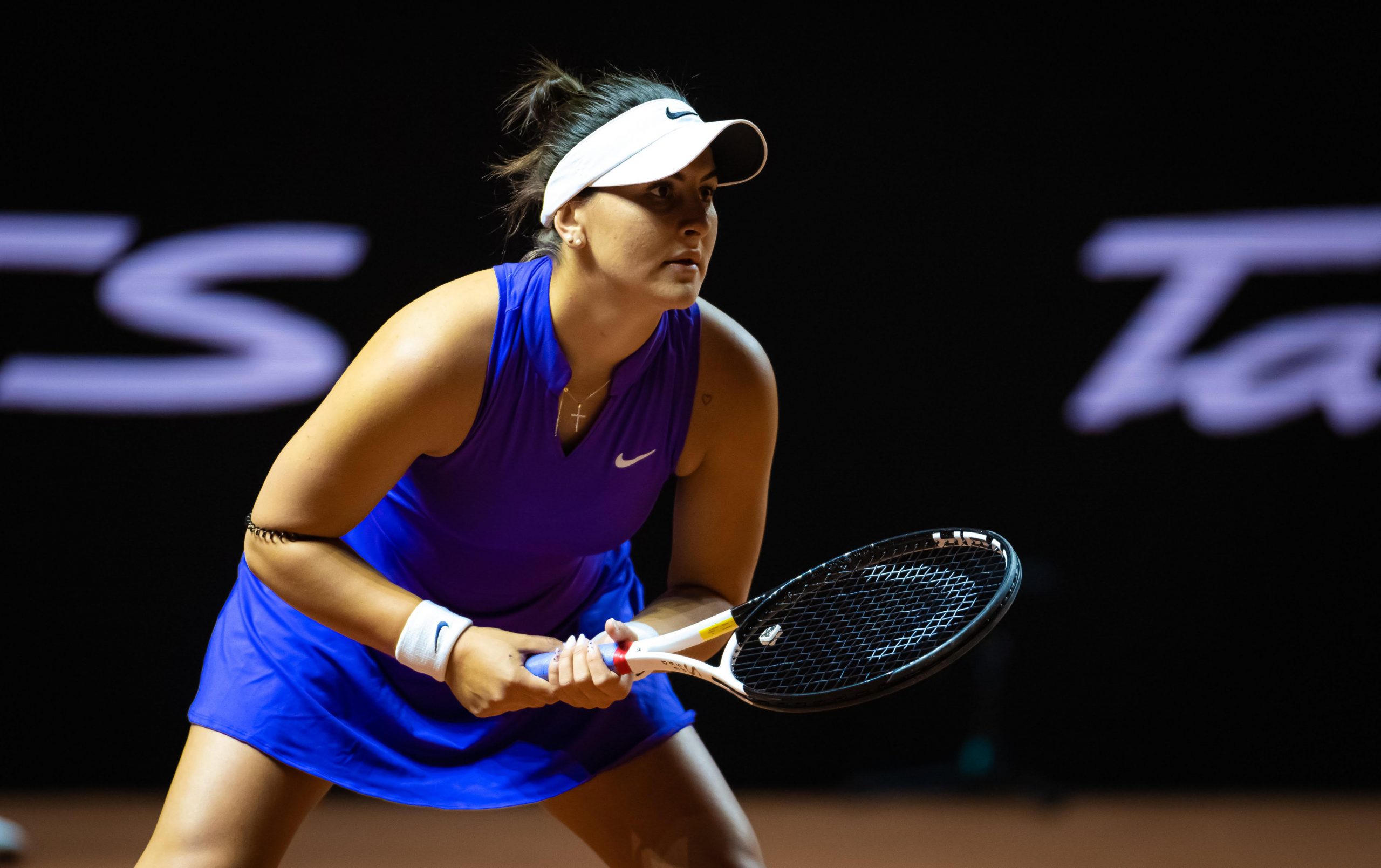 The Canadian won her first match of her 2022 season beating the German wildcard in straight sets.

Bianca Andreescu is into the round of 16 of the Porsche Grand Prix in Stuttgart after beating a German wildcard Jule Niemier in straight sets 7-6, 6-3 in one hour and 44 minutes on Center Court.

The Toronto native hit 22 winners and served six aces and managed to save five of six breakpoints in the win.

The world number 121 got off to a quick start earning a chance to break in the second game of the match but the German was able to save it and hold serve.

At 1-1, Andreescu served a poor service game and the Dortmund native pounced, earning three breakpoints and on the third chance, the Canadian served a double fault to give the early break.

At 5-3, Niemier had a set point on the Canadian served but she managed to save it and the following game broke right back as she came up with a huge return winner on breakpoint.

The Canadian saved two more breakpoints to force a tiebreaker to decide the first set and it was a tight one.

It stayed on serve until 6-5 when the Toronto native got the crucial break of serve to take the first set.

The second set stayed on serve until 1-1 when Andreescu earned another breakpoint when the Canadian converted once again to take an early 2-1 lead.

That one break of serve was enough for her to serve out the match and book her spot in the next round. After the match, she was asked in her on-court interview to clarify why she decided to take an extended break.

“I was struggling a lot mentally and I wasn’t enjoying myself out there and I know it sounds dramatic but if I lost I hated myself and if I won I loved myself and before I wasn’t like that I was just happy to be on-court and that is the mentality I wanna keep going this year.”

Andreescu will now face Aryna Sabalenka in the round of 16 and currently, the head to head is in favour of the Belorussian 1-0 after they met back in 2017 in Manchester with her winning in three sets 2-6, 6-4, 6-3.

Day 2 at the Porsche Arena in Stuttgart featured three other Germans as Eva Lys a qualifier ranked 342 in the world was able to beat the Swiss Viktorija Golubic in three sets 5-7, 7-5, 7-5.

Tamara Korpatsch who was a late entry due to Jasmine Paolini pulling out due to injury managed to beat the Italian Camilla Giorgi in another three-set marathon 3-6, 7-6, 6-1.

In the last match of the day Daria Kastkina was able to get by the American Coco Gauff in straight sets 6-4, 6-2.

Wednesday will feature some big-time tennis as Petra Kvitova is scheduled to face Karolina Pliskova in the battle of the Czechs. Iga Swiatek the new world number one will face the German qualifier Eva Lys.

Emma Raducanu will face the Aussie Storm Sanders, and in one of the matches of the day Anett Kontaveit will face the local favorite Angelique Kerber and in the last match of the day Laura Sigemund will face Tamara Zidansek.