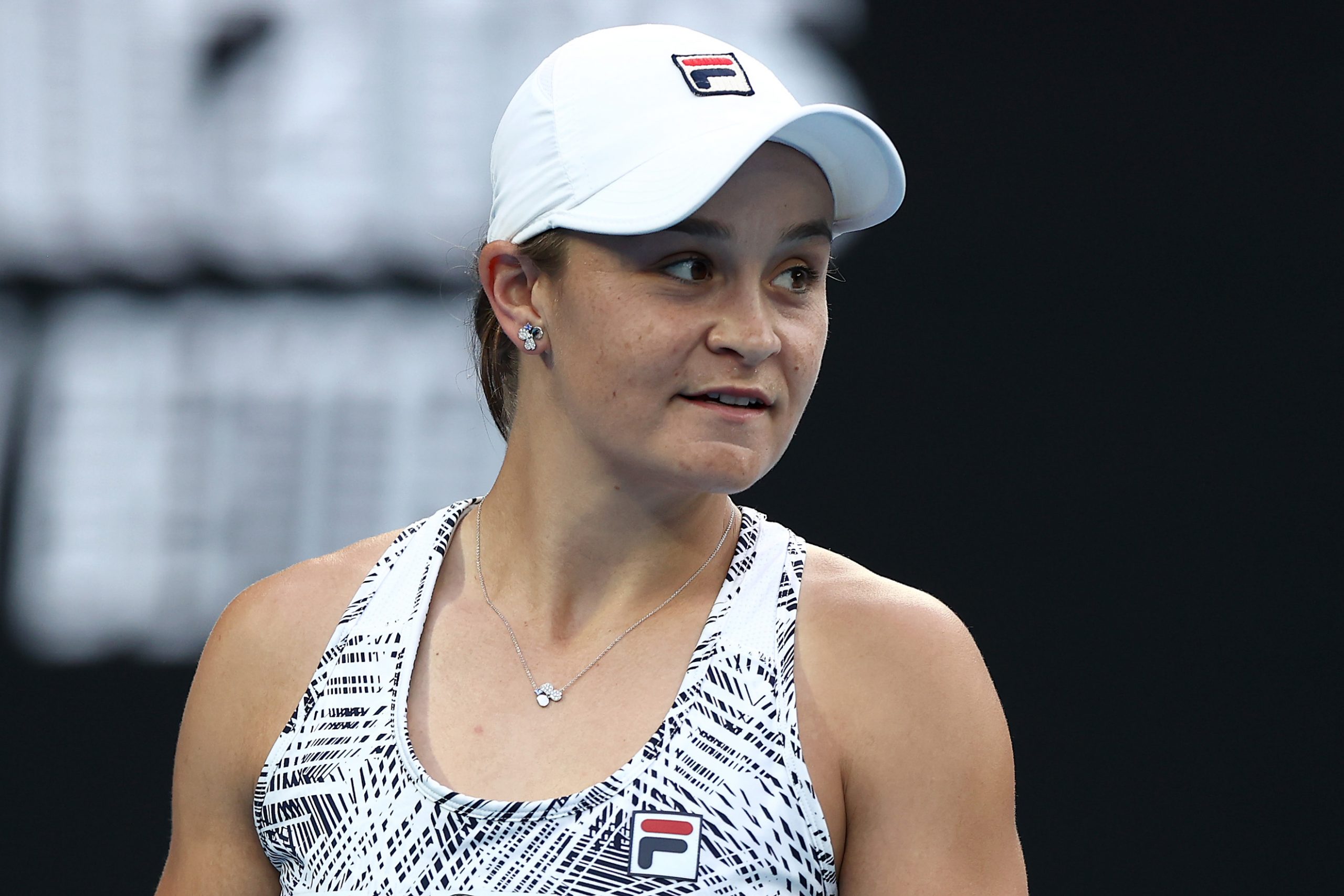 World number one Ash Barty is into the quarter-finals of the Australian Open after a 6-4 6-3 victory over Amanda Anisimova.

The Australian’s hopes of winning a first grand slam on home soil continue after handing the American her first loss of the season.

Barty’s streak of service games won did end at 63 despite the win after being broken at the start of the second set.

The world number one came back though to set up a quarter-final meeting with Jessica Pegula on Tuesday.

Heading into this match Anisimova hadn’t lost this season while Barty was on a 58 game service winning streak so something had to give in this match and it was the world number one who started the better.

However the American made life difficult for the top seed with big serving and big-hitting to save break point and hold early on.

Much of Anisimova’s good start to the season was more consistent power and knowing when to really go for her shots and that showed in the early exchanges with her patience showing it’s rewards.

At 2-2 it was Barty’s turn to save a couple of break points which she did in style as Anisimova threatened the break.

After failing to break a stubborn Anisimova in the next game, Barty continued her sustained pressure with some sublime shot-making as her slice-forehand combinations were too much for the American.

Eventually on her sixth set point of the set a forehand unforced error from the American gave Barty the break for a 4-3 lead.

That blip didn’t intimidate Anisimova as her powerful shot-making earned another break point but the American was left frustrated as she constantly missed key returns on break points.

Barty held serve and continued to do so as she took the opening set in 39 minutes.

In the second set there was an immediate response from Anisimova as she continued to be smart with her aggressive tactics.

There was reward for her tactics as she broke for a 2-0 lead at the start of the second set with Barty’s 63 game winning streak on serve coming to an end.

However that was the only negative for the world number one as she seized back control of the match with more slice and dice as well as ridiculous forehand speed.

The Australian immediately broke back and set the tempo for the rest of the set as she won four of the next five games to lead 4-3.

There was no response from Anisimova as the unforced errors kept on coming while winners were produced from Barty.

In the end a third break of serve in the set clinched a clinical performance and progress into the last eight without dropping a set.

After the match Barty praised Anisimova, “Amanda is an incredible athlete and incredible competitor. It’s nice to see her back playing her best tennis,” she said in her on-court interview.

“I enjoyed sharing the court with her and testing myself against her. It was nice to be able to hold firm tonight.”

Barty will now meet Jessica Pegula in the quarter-finals on Tuesday as she moves one step closer to a first Australian Open singles title.