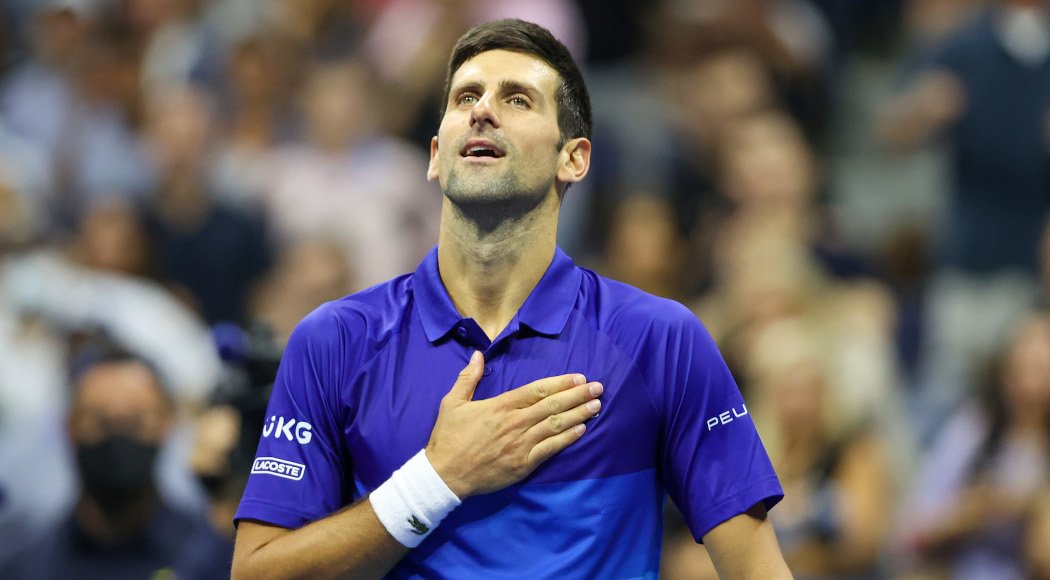 Novak Djokovic plays down his chances of beating Kei Nishikori ahead of their third round clash at the US Open.

The world number one produced a much better performance on Thursday night as he beat Tallon Griekspoor 6-2 6-3 6-2 to reach the last 32 at the US Open.

Hitting 13 aces and 33 aces, Djokovic raced to victory in 1 hour and 40 minutes to book his spot in the third round.

Looking for a calendar grand slam, Djokovic will now play Kei Nishikori who edged past Mackenzie McDonald in five sets to set up the clash.

Despite thrashing him at the Olympic Games Djokovic has played down his chances ahead of Saturday’s match, “I don’t have anyone’s number on the court until I win,” Djokovic firmly said in his press conference.

“We played many times. I have very good score against him. I lost I think last time here in New York in semis in 2014. Historically I think his most successful Grand Slam is here. He’s one of the quickest and most-talented players that I’ve seen in my lifetime, in my career.

“I think it’s important for me to serve well and try to take off the pace a little bit because he likes the pace. He likes to hit the ball early, protect the line.

“But I know his game well. We played in Olympic Games. I know what’s expecting me. I look forward to a good challenge.”

As Djokovic plays down his chances on Saturday, Kei Nishikori is looking forward to facing the world number one.

During his press conference Nishikori recalled his win in 2014 to reach his first grand slam final and spoke about the things needed to beat the Serb, “I mean, I always love the challenge. Even though I had a bad record, I always try to be positive. I’m sure it’s going to be tough one, but I do my best,” Nishikori admitted.

“I think his best thing is controlling the ball. He can hit anywhere from both side. He’s been serving well. Best return on the tour. Maybe compared to other guys, less unforced errors. I mean, he has everything. I think that’s couple good things.

“I have to stay patient. I still have to play great tennis to beat him. Same time I have to be aggressive. He’s not going to give me any free points so I have to earn the points.”

Djokovic leads the head-to-head 17-2 with the score being 1-1 at the US Open.

Amazingly this will be their seventh meeting in a grand slam in which five of those meetings Nishikori would have played a five set match before facing Djokovic.

This could yet have a big impact on Nishikori’s chances as he looks to be the player to stop Djokovic’s historic run at winning the calendar grand slam.