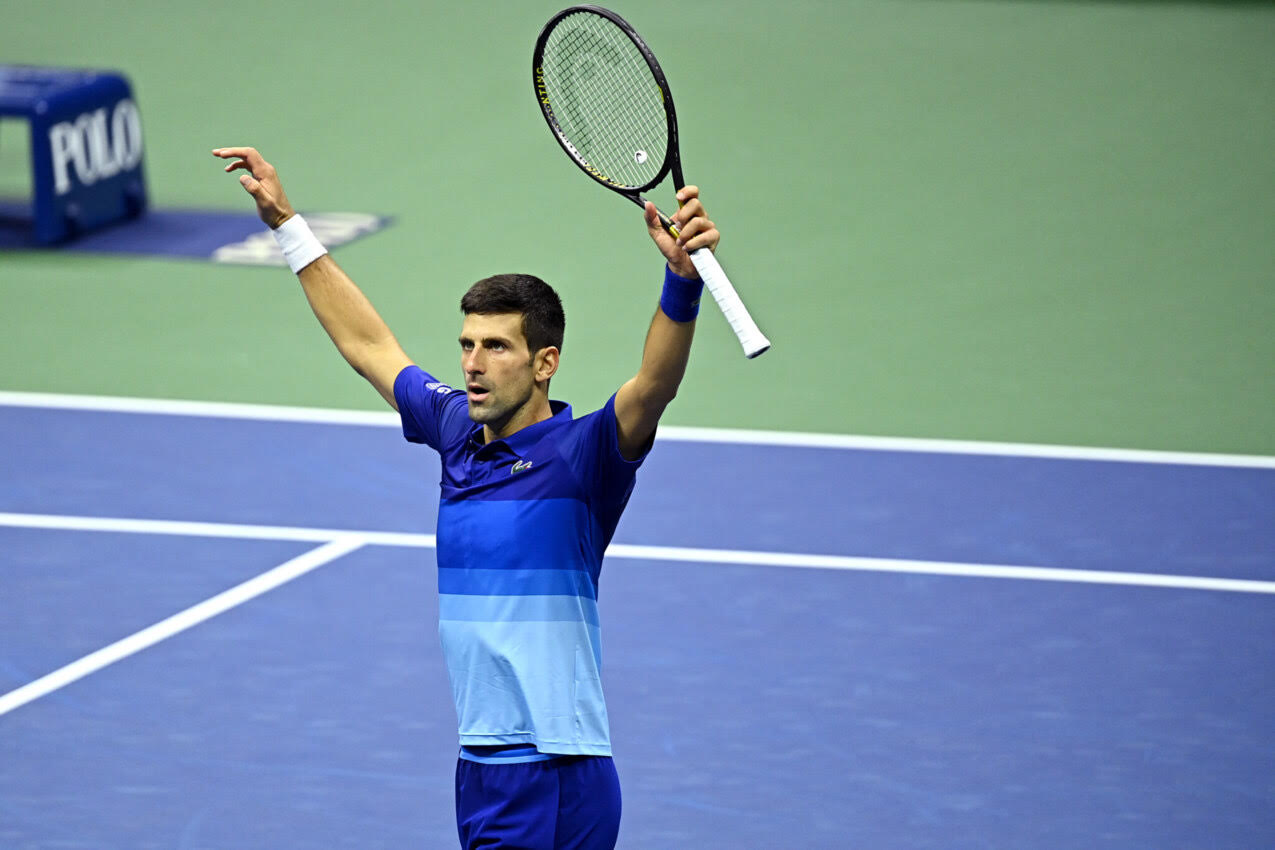 Novak Djokovic reacts to his win after a Men's Singles semifinal match at the 2021 US Open, Friday, Sep. 10, 2021 in Flushing, NY. (Pete Staples/USTA)

Novak Djokovic is ‘All In’ for history as he is now one win away from the calendar grand slam after outlasting Alexander Zverev in the US Open semi-finals.

The world number one is one win away from tennis immortality after edging past Alexander Zverev 4-6 6-2 6-4 4-6 6-2 to reach the US Open final.

Djokovic converted six break points and despite having less winners as well as more unforced errors than his opponent, the world number one used his champions mentality to reach the final in 3 hours and 38 minutes.

After the match Djokovic says now he is going to play like it is the last match of his career, “I said it on the court. I’m going to treat this match as it’s my last one because it’s arguably the most important one of my career maybe,” Djokovic explained in his press conference.

“But I’m just trying to lock into what I know works for me. I have my routines, I have my people. I isolate myself. I gather all the necessary energy for the next battle, only the next match. Excitement is there. Motivation is there, without a doubt. Probably more than ever. But I have one more to go.

“There’s only 1 match left, all in, let’s do it. I’m going to put my heart and my soul and my body and my head into that one. I’m going to treat the next match like it’s the last match of my career.”

Should Djokovic win the title on Sunday he will become the third male player in history to win the calendar grand slam following in the footsteps of Don Budgie and Rod Laver.

However standing in Djokovic’s way will be world number two Daniil Medvedev, who has only lost one set this tournament.

The Russian will be competing in his third grand slam final and the world number one admitted that could be used to his advantage, “It’s going to be a battle against another guy who has been in tremendous form, Medvedev,” Djokovic explained.

“He’s won a lot of matches on hard court so far. We played earlier this year in Australian Open finals. I know what’s expecting me. He’s already had couple of Grand Slam finals behind him. I think experience-wise it’s different for him know. I’m sure he’s going to give it all to win it, to win his first slam.

“On the other side, I’ll be giving it all I possibly got in the tank to win this match. I’m focusing on recovery, recalibrating all the systems basically for Sunday. I’m not going to waste time or energy on anything that can just be a distraction and deplete me from the vital energy that I need for Sunday.”

Heading into Sunday’s match, Djokovic leads the head-to-head 5-3 with one of those win coming at the Australian Open final earlier this year.