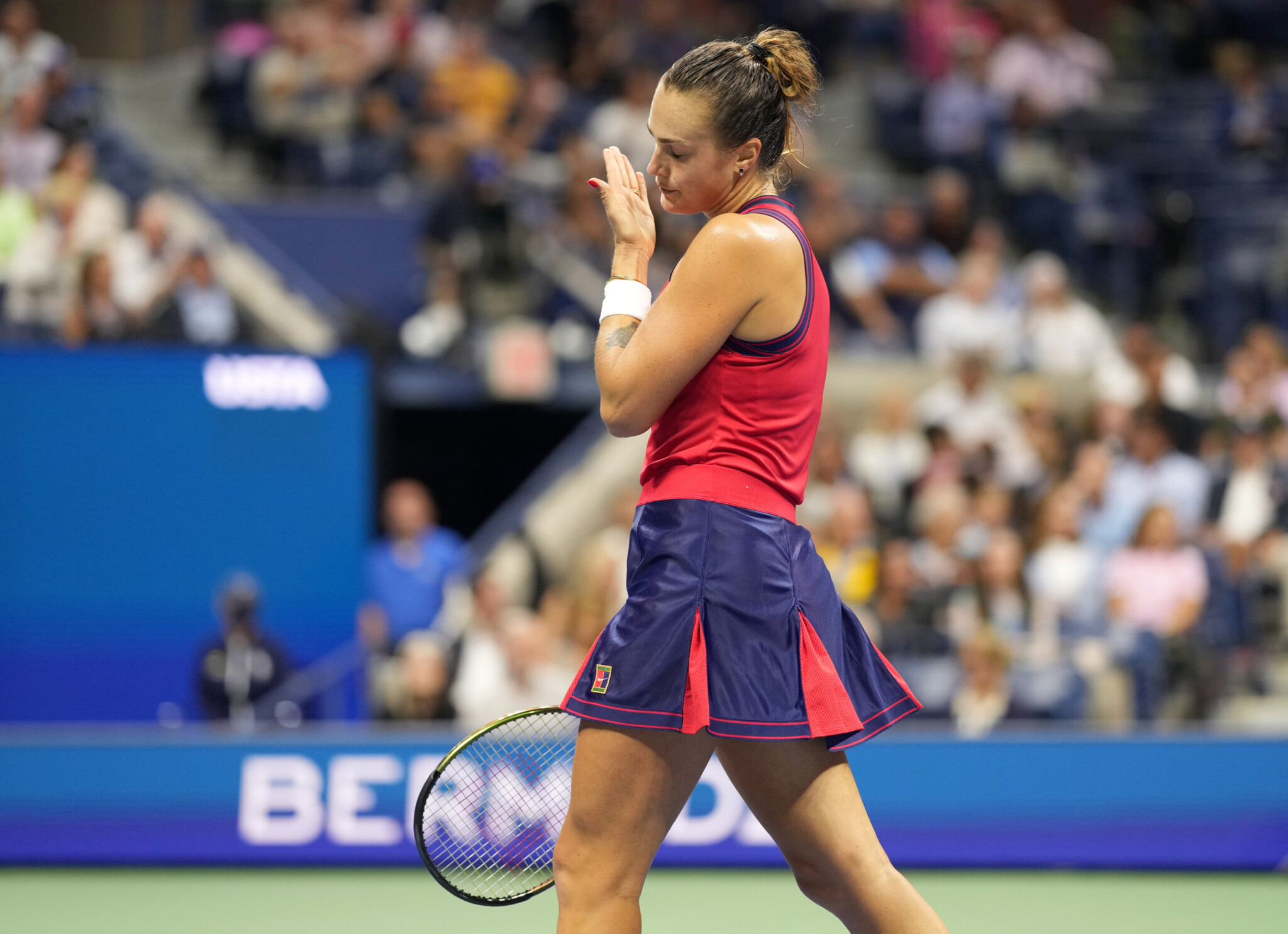 World number two Aryna Sabalenka is looking for improvement in pressure moments after her US Open semi-final defeat to Leylah Fernandez.

The Belarusian lost her second consecutive grand slam semi-final in a matter of months after losing to 19 year-old Canadian Leylah Fernandez 7-6(3) 4-6 6-4.

Despite hitting 45 winners, Sabalenka’s 52 unforced errors in key moments cost her a place in her first grand slam final.

Those unforced errors cost her seven breaks of her serve as the world number two was made to rue a huge opportunity in what has been a great season for her.

In her post-match press conference Sabalenka admitted that in the pressure moments she needs to improve, “This is what we call pressure,” Sabalenka said.

“That’s why I’m a little bit disappointed about this match because, as I said, I had a lot of opportunities and I didn’t use it. Well, this is life. If you’re not using your opportunities, someone else will use it. This is what happened today.

“I will try to improve it. I will keep working and fighting, and I believe that one day it will come. As I said, on the key moment, I was up 4-2 serving, and I think I made double-faults. My first-serve percentage wasn’t really good. I wouldn’t say that she did something. I would say that I destroy myself.”

As Sabalenka’s results improve, expectations increase as she has proven to be the second best player in the world this season.

“The mistakes was like this sometimes in important moments. Maybe sometimes I have to go back and start from the simple game, then if I feel I can go for bigger shots… Yeah, this is what I have to learn from this match I would say.”

Sabalenka will be expected to learn from these mistakes as she heads into the 2022 grand slam season.

Now the Belarusian will look to finish the season strong with her next tournament being in Indian Wells.

That tournament takes place from the 7th-17th of October.