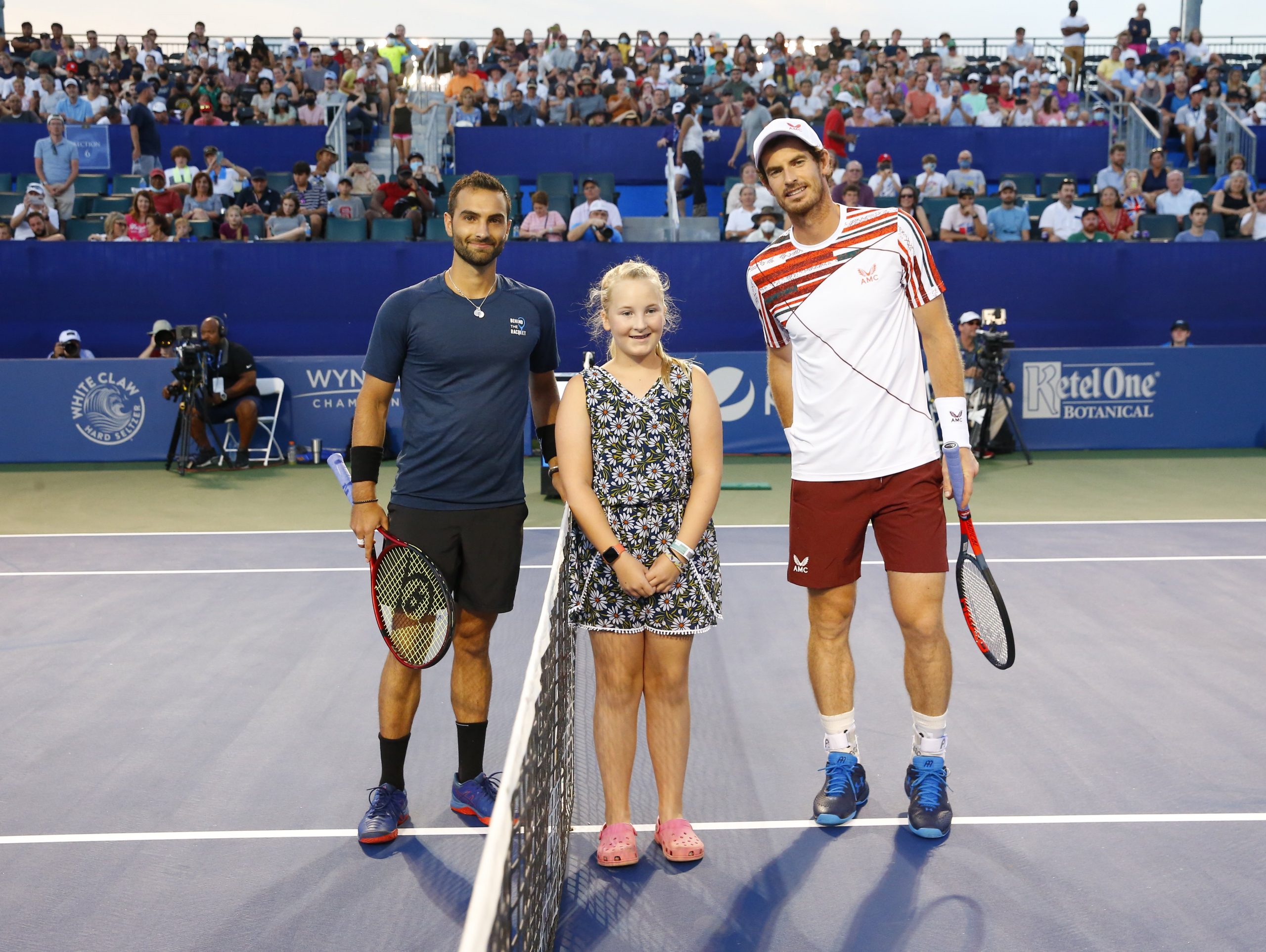 Andy Murray spoke about his tricky opening round match after advancing in Winston-Salem.

The three-time grand slam champion was due to play Nick Kyrgios in his opening round match in Winston-Salem as he continues to prepare for the US Open.

However the Australian withdrew from the match minutes before it was due to start.

There was then confusion about whether it was going to go ahead at all with Murray being told that he might have to wait until tomorrow.

But Murray would play lucky loser Noah Rubin with the American only finishing his final round qualifying match 25 minutes before his match with Murray.

After a tough start, Murray eventually routed Rubin in 58 minutes 6-2 6-0 with both players being given a standing ovation.

In his post-match press conference Murray admitted it was a ‘tricky’ scenario, “I didn’t know if I was going to play tonight,” the Brit was quoted as saying by Eurosport.

“They said if I was playing against a qualifier then I wouldn’t play and then I drew a lucky loser, so then I was playing Noah, It was tricky.

“It was obviously difficult for 45 minutes and then the first couple of games because you’ve gone over a strategy with your coach about the match you’re going to play and then obviously that changes, 20 minutes before you go on court you’re playing someone you haven’t played against.

“It’s a bit tricky but obviously after the first few games I started to get a bit more comfortable and then towards then end he was struggling a bit. Unfortunately I know he’s from here and that’s great. It was a nice atmosphere to play in and everything but my job is to try to win the match.”

Next for Murray will be 13th seed Frances Tiafoe in the second round with the American having recently beaten Denis Shapovalov in Canada.

As for Nick Kyrgios he explained after the match that it was a knee injury that kept him from playing Murray as he hopes to be back for the US Open, “To play Andy Murray, one of my good friends and a tennis icon would have been amazing, but obviously I have to look after my body,” Kyrgios said.

“I just didn’t feel as if the risk was worth [playing] today. I’ve got to be more cautious with it, keep rehabbing, keep training. I just need a bit more time. As a professional athlete playing on Tour for this long I want to look after my body, I want to do it right.”

Kyrgios will look to be back for the US Open which starts on the 30th of August,