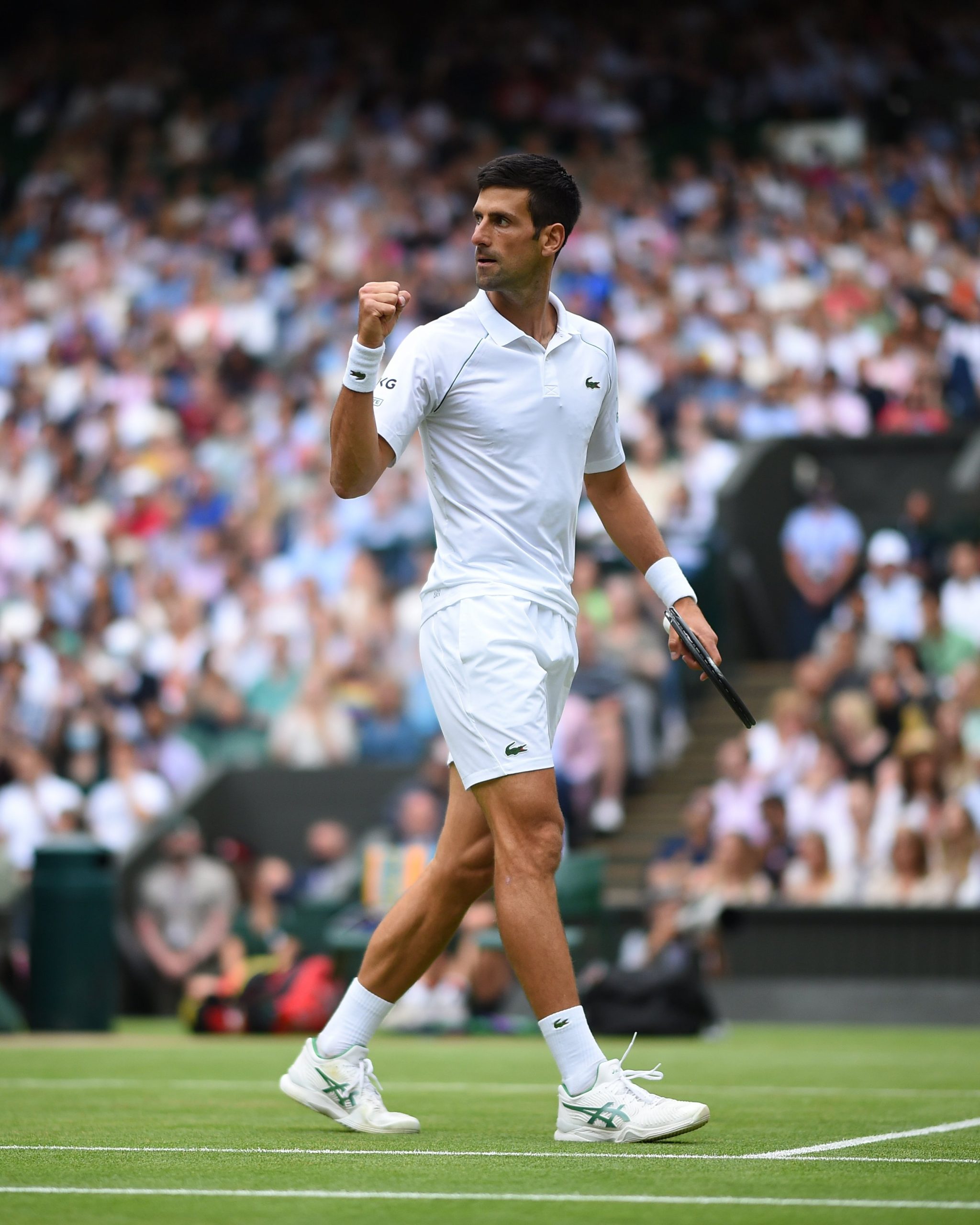 The world number will have a chance to defend his Wimbledon title after beating the Canadian Denis Shapovalov.

Novak Djokovic is back in the Wimbledon final after beating the world number 12 Denis Shapovalov in straight sets 7-6, 7-5, 7-5 hitting 23 winners while the Canadian hit 34 unforced errors in the loss.

“I don’t think the scoreline says enough about the performance and the match, he was serving for the first set and he was the better player for most of the second set and he had many chances and I would like to give him a big round of applause for everything he has done in the past two weeks and this was his first-ever grand slam semi-final and you could see he was emotional and we will see a lot of him in the future”.

Both players did a good job holding serve in their opening service games and it was the Canadian who first started to apply pressure earning breakpoints at 1-1.

The world number one did a good job saving them but the Canadian would get a third opportunity and get the first break of serve in the match with a stunning powerful one-handed backhand winner.

The world number one had a chance to break back to go back on serve with the Toronto native serving for the first set at 5-4 and at the second time of asking he broke back to level the set.

The first set was decided by a tiebreaker and it was the Serb who got the early break for a 3-1 lead but a double fault gave the break back before the Canadian gave it right back the following point.

Djokovic would seal the first set as Shapovalov double-faulted once again on set point to take a one-set lead.

It stayed on serve in the second set until 2-1 when the Canadian had three chances to break but the world number one saved all three and managed to hold serve.

The number 10 seed got two more chances for the first break of the second set but the Belgrade native saved all three once again and held serve in a crucial service game.

At 5-5, it was the world number one applying pressure on the Shapovalov serve and he managed to earn a breakpoint and got the crucial break after a double fault by the Canadian and served out the second set.

The world number 12 got the first breakpoint of the third set at 1-0 but the defending champion saved both but the Canadian earned a third chance but was denied again by an ace from the world number one and he managed to hold serve.

The very next game Djokovic went on the attack and earned two chances to break with a great backhand passing shot but Shapovalov with his powerful serve saved both and would eventually save a third break point to hold serve.

It stayed on serve until 3-3 when the world number one earned two more break points but the Canadian dug deep and managed to save both and once again held serve.

Djokovic had another chance to break at 5-5 and on his second breakpoint, he got the crucial break with a chance to serve out the match and book a spot in the final and did just that.

After the match in his on-court interview, he was asked about being the ultimate competitor.

“Yes, you could say so and playing this tournament which I think is the most special tournament in the world for me and this court so there is no holding back and the dream keeps going and see what happens and giving up is never an option”.

Djokovic will face the Italian Matteo Berrettini in Sunday’s final and currently holds a 2-0 record against him.