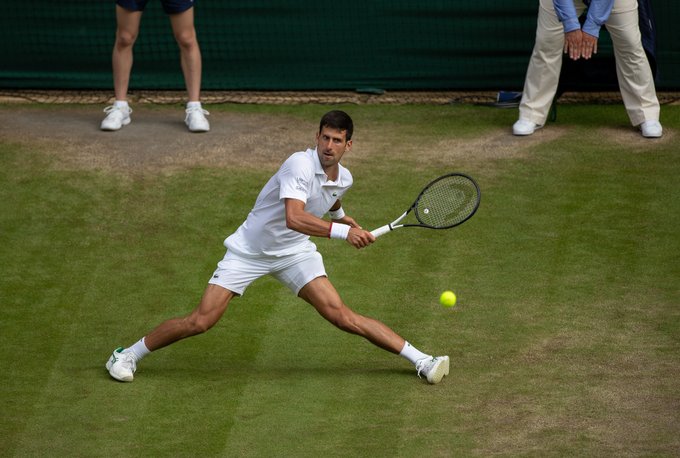 The Wimbledon men’s draw has taken place with some top players facing a tricky route to the title this year.

Novak Djokovic will start his title defence against British rising star Jack Draper who has only ever played in the main draw of an ATP Tour tournament twice in his career. The world No.250 recently stunned Jannik Sinner and Alexander Bublik to reach the quarter-finals in Queen’s. Later in the tournament the world No.1 may face former finalist Kevin Anderson in the second round, followed by Alejandro Davidovich Fokina. Djokovic is bidding to win his third consecutive Wimbledon title and fifth overall.

As for Roger Federer’s bid for an historic ninth title at the All England Club, he has been drawn in the opposite half to Djokovic and can only play him in the final. However, the 39-year-old faces a stern test early on against world no.42 Adrian Mannarino. A player who he leads 6-0 in their head-to-head and has already beaten twice before at the tournament. Federer has played four tournaments since returning to competitive tennis following a knee injury. In his only grass event at Halle he lost in the second round to Felix-Auger Aliassime.

Since winning his maiden Wimbledon title back in 2003, Federer has only failed to reach the second week of the tournament once, which was back in 2013.

Daniil Medvedev has a shot of redemption in what promises to be one of the most intriguing first round matches of the men’s draw. He will open up against Germany’s Jan-Lennard Stuff who he lost to in Halle earlier this month. Later in the tournament, if the world No.2 wins he will play either rising star Carlos Alcaraz or Tommy Paul. Then a clash with Marin Cilic in the third round awaits. Elsewhere in Medvedev’s section, 14th seed Herbert Hurkacz faces Italy Lorenzo Musetti in his opening match in what could be a mouthwatering encounter.

As for other top 10 players, Alexander Zvrev has been drawn in the same section as Auger-Aliassime and will start against qualifier Tallon Griekspoor. Matteo Berrettini, who recently won the Queen’s title, is on a collision course against Casper Ruud in the fourth round and faces Guide Pella first. Finally, Stefanos Tsitsipas kicks-off his campaign against America’s Frances Tiafoe.

In his first major tournament for over a year, Andy Murray will lock horns with Nikoloz Basilashvili. The Brit has vowed to play the event as it was the last of his career but is hopeful that this won’t be the case. Murray has been blighted by injury and has undergone two hip operations. Another player on the comeback is Nick Kyrgios who hasn’t played a competitive match since the Australian Open. He will start against 21st seed Ugo Humbert.

Info via Wimbledon and twitter.com/josemorgado