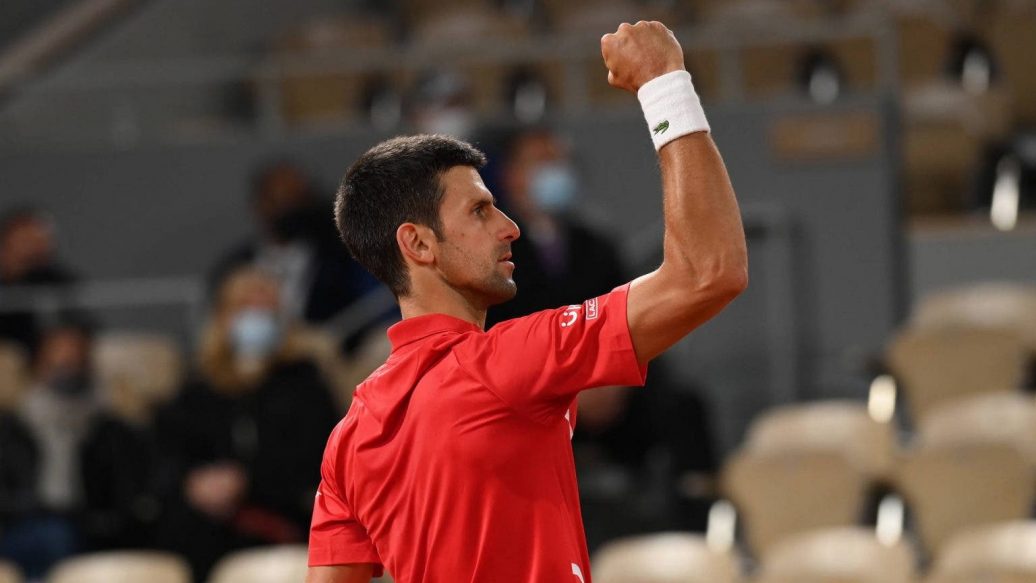 World number 1 and this year’s Australian Open Novak Djokovic started his Roland Garros campaign with a 6-2 6-4 6-2 win over US Tennys Sandgren in 1 hour and 58 minutes in their first clay match on Court Phillippe Chatrier in Paris.

Djokovic has improved his head-to-head record against Sandgren to 4-0. Sandgren won a set against Djokovic in their second round match at the 2018 US Open.

The Serbian star won the 83rd title of his career in his native Belgrade last week.

“It was strange, honestly, but I am honoured to be the first men’s night session match in the hostory of this tournament of the court. I had great support at the ATP 250 event in Belgrade last week, and I I was kind of filled with a good vibe, good energy from those matches that I played in front of a crowd. So I didn’t mind playing in front of an empty stadium tonight”, said Djokovic.

Djokovic started the match with an immediate break at 15 in the opening game and forced an error from Sandgren to hold serve in the second game.

Sandgren held serve at 15 in the third game before Djokovic forced another error in the fourth game to open up a 3-1 lead. Djokovic held serve at love in the sixth game and earned another break to build up a 5-2 lead.

Djokovic didn’t face a break point and sealed the first set with a service winner in the eighth game after 30 minutes.

Djokovic converted his fourth break point in the first game of the second set. Sandgren earned six break points in the second and sixth games, but Djokovic fended them off and held his final service game with a forehand winner at 5-4.

Djokovic dropped just four points on his first serve in the third set and earned two breaks of serve.

Djokovic got the break in the third game, as Sandgren made a forehand error, and held his serve with a volley winner to race out to a 4-1 lead.

Sandgren fended off a match point in the seventh game, but Djokovic held serve at 5-2 to secure his spot in the second round.

Carla Suarez Navarro Bows Out Of French Open In Silence