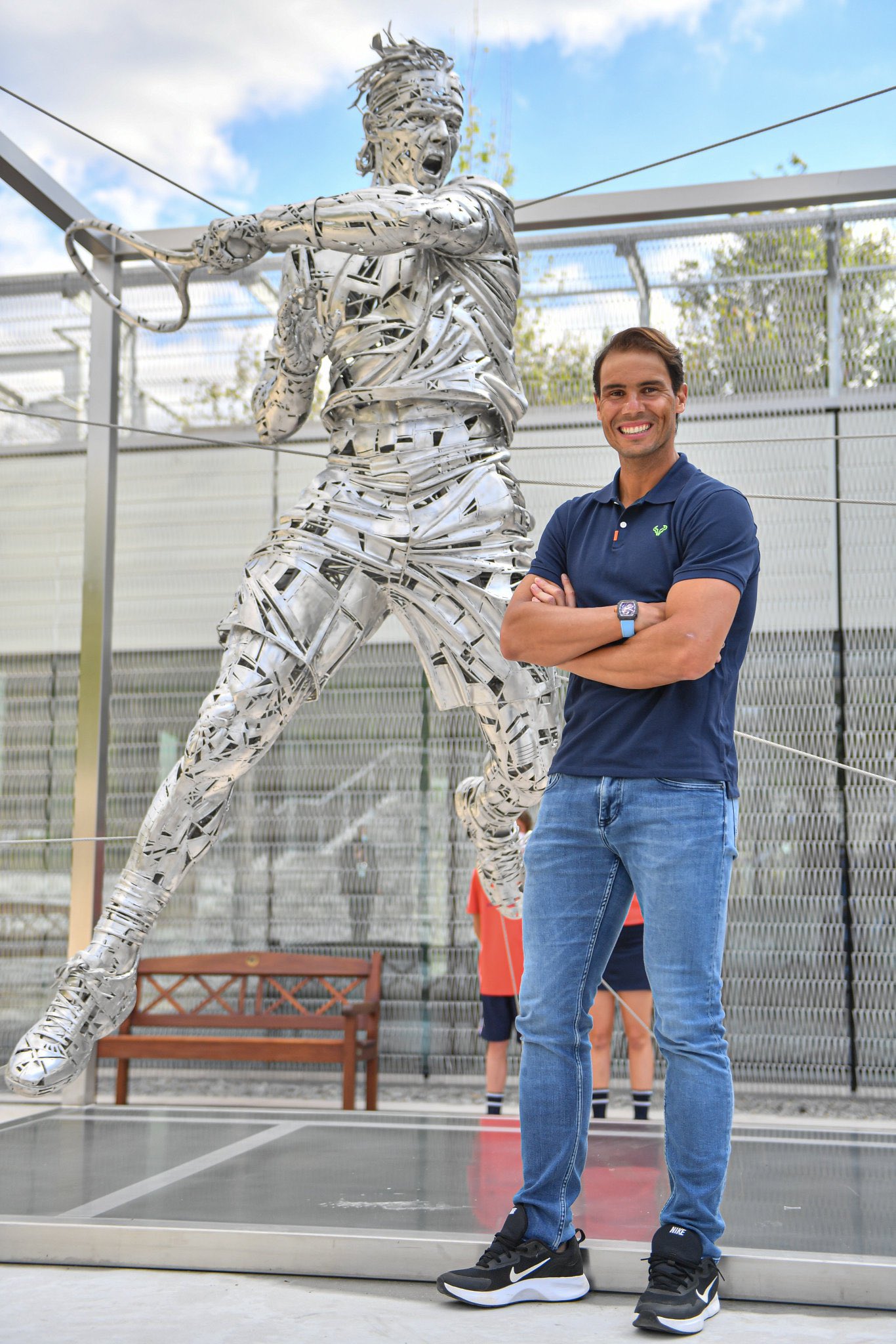 Rafael Nadal has thanked the French Tennis Federation after being honoured with a statue at Roland Garros.

Nadal was at the presentation yesterday where there is now a statue inside the grounds at Roland Garros to acknowledge his historic achievement of winning 13 Roland Garros titles.

Speaking at his press conference on Friday Nadal said he was very thankful for those who made the statue, “Well, I received plenty of messages of congrats,” Nadal said on Friday afternoon.

“Of course is something amazing for me to have recognition like this in the most important place in my tennis career, something probably unprecedented.

“Is true that I did something very special here in this event. But at the same time, I can’t thank enough Roland Garros, the French Federation, everybody, all the employees, for that recognition, no?

“Have been very special for me and to have a memory like this forever in Roland Garros is something, yeah, that makes me feel very proud and very satisfied.”

Well Nadal heads into this year’s tournament with his sights set on a 14th title in Paris and a record-breaking 21st grand slam title.

It would be a title that would mean he would surpass Roger Federer at the top of the grand slam winners list.

In his first match Nadal will face Alexei Popyrin a player that he recently beat in Rome.

However the Spaniard is still expecting a very tough match, “Well, he’s young, as I said all the time. He’s young, he has the power,” Nadal said.

“He has big shots. As always, no, I need to be ready for it. I need to keep practicing the next couple of days, try to be in the best shape possible for the beginning.

“But I know every round is tough, I respect every opponent always. I respected everyone since the beginning of my career. So I need to play well and I’m looking forward to trying to make that happen.”

Nadal is in the same half of the draw as Novak Djokovic and Roger Federer in a challenging draw for the Spaniard.

However if the past has taught us anything, it’s that Nadal is up for the challenge no matter what the odds are.

The third seed will play his first match on Monday or Tuesday.