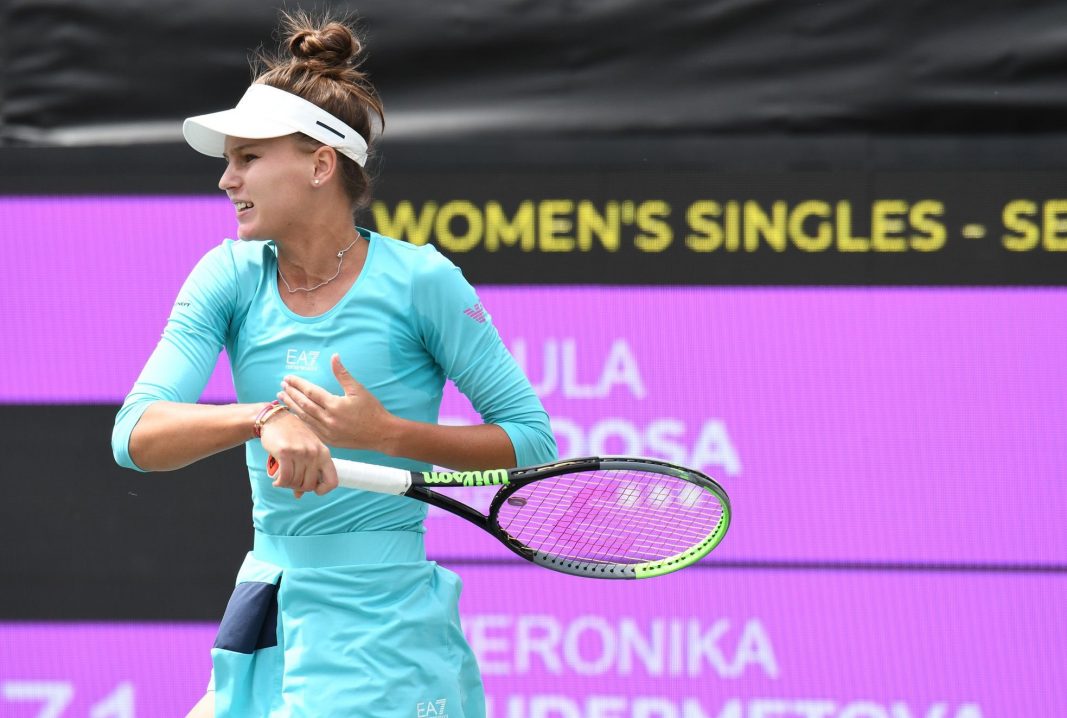 Who would have thought last weekend when the Volvo Car Open published its initial draw that two players with a combined world ranking of 129 would be playing for their first WTA Tour title in Sunday’s final of the WTA 500 event in Charleston, S.C.?

But that’s the case. Take your pick between 91st-ranked Danta Kovinic of Montenegro and 38th-ranked Veronika Kudermetova of Russia.

Both played well in Saturday’s semifinals while facing players who also have never won a WTA Tour tournament title.

The likes of Kovinic and Kudermetova wore their hearts on their rackets in Saturday’s semifinals. Both demonstrated tremendous aggressiveness, the same type of fight that Tunisia’s Ons Jabeur and Spain’s Paula Badosa had demonstrated a day earlier in the quarter-finals when Jabeur upended young Cori Gauff and Badosa upset world No. 1 Ashleigh Barty.

Jabeur and Badosa appeared to lose their fire on Saturday. That made Kovinic and Kudermetova even more dangerous as they played with even more motivation.

Jabeur was missing drop shots and beaten by Kovinic’s eagerness to rush forward  on other drop shots. Jabeur was only a shadow of the player she had been a day earlier as she lacked her usual consistency with her serve and ground strokes. Kovinic, who in her only other meeting with Jabeur had won only three games in an ITF tournament, sailed past the 28th-ranked Jabeur, 6-3, 6-2, this time.

That left Jabeur as the only world’s top 30 player without a WTA Tour title.

Kudermetova was full of fight against 2015 Junior French Open champion Badosa, who suddenly couldn’t find the court. Kudermetova aced Badosa to end the 6-3, 6-3 victory as Kudermetova will go into Sunday’s final without having dropped a set in the tournament.

Like against Badosa, Kudermetova is confident in that she defeated Kovinic in a qualifying tournament four years ago.

Both of Kudermetova’s two trips to a WTA Tour final have occurred this year, and both included victories over Badosa.

It should be an exciting final with everything on the line for the finalists.